Hailed the best team North America has ever seen, Team Liquid qualified to worlds as the #1 seed following their fourth consecutive LCS title. During that time they have two 3-0 sweeps as well as two 3-2 nail biters. Team Liquid will be looking to recreate their domestic success in the international stage. The team was able to reach MSI finals, so it does not seem out of reach to hope for a long run at this year's worlds. Let's take a look at the members of Team Liquid as well as how they made it as the #1 North American seed. Impact has been playing professionally since 2012. In 2013 he joined SKT T1 and subsequently became a World Champion with the team. After becoming a World Champion, however, Impact struggled in Korea. He decided for a move to North America in 2015, joining Team Impulse, followed by one and a half years in NRG esports. In the 2016 Summer Split, Impact joined Cloud9 until the end of the 2017 season. Since then Impact has won four consecutive LCS championships. He is known mostly for his team play and tanky champion pool. In 2019 Summer, Impact proved that he had the capability of playing carries and carrying games as well. 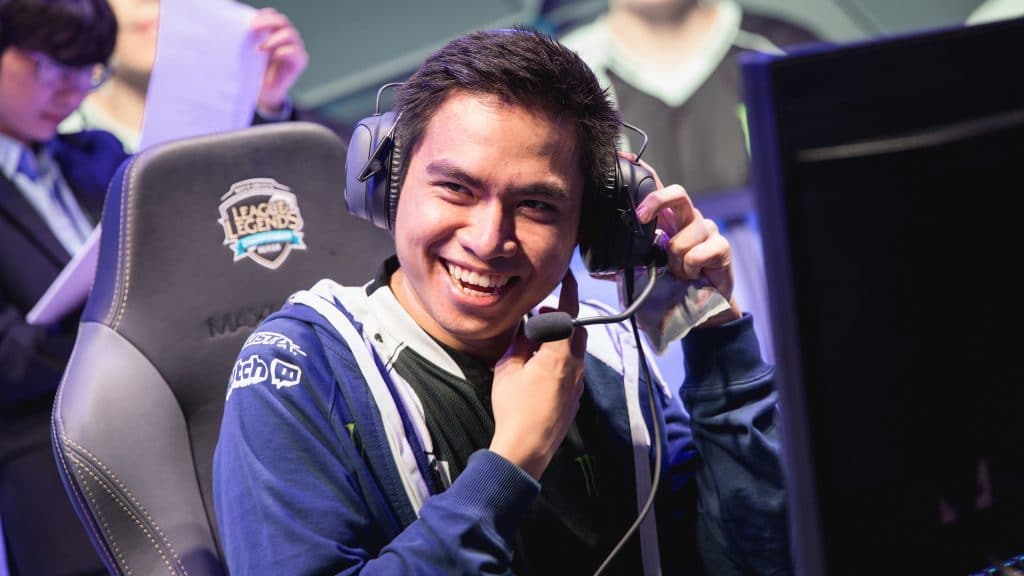 Xmithie started his LCS career with Team Vulcun in 2013 finishing 3rd in both the Spring and Summer playoffs. Afterward, XDG Gaming acquired Team Vulcun for the 2014 season. At the end of the spring split, XDG Gaming failed to qualify for the LCS in the summer split. Xmithie would be picked up by CLG for the 2015 season. Xmithie picked up two consecutive LCS championships and had one of the most impressive North American displays on an international stage. In 2017 Summer, Immortals surprisingly acquired Xmithie and qualified for worlds, for the first time in franchise history. After, one split Immortals failed to reach the LCS Franchising and had to release their players. Team Liquid picked up Xmithie for the 2018 season. Since they have won four consecutive LCS titles making him the second most successful player in the LCS with six trophies. Jensen's story is one of the more complicated ones in the professional scene. Jensen started his career as Incarnati0n back in late 2012, but Riot Games handed Incarnati0n a lifetime ban from the competitive scene due to multiple DDoS incidents. The ban was active in February 2013. Incarnati0n joined SK Gaming in 2014 as part of the coaching staff and was able to help the team reach Worlds. Incarnati0n, however, was not able to attend. This was because Korea recognized coaches as part of the team, thus making his ban active. At the start of 2015, the LCS recognized coaching staff and made the lifetime ban active again. In May 2015 Riot Games reviewed the suspension and decided to lift Incarnati0n's ban.

During this time Hai retired from Cloud9, and the team decided to hire Incarnati0n as a replacement. C9 was able to make it to Worlds after their first split with their new mid laner, but they could not advance from the group stage. At the start of 2016, Incarnati0n name changed to Jensen and started to prove his dominance. Throughout the two and a half years of playing with C9, Jensen was unable to win an LCS title. He did, however, find success internationally. In 2018 Jensen and Cloud9 made it into the semifinals in worlds, but after they failed to make it into finals, Jensen decided to leave the team and join Team Liquid. Jensen has now won two consecutive LCS titles as well as made it into MSI finals. 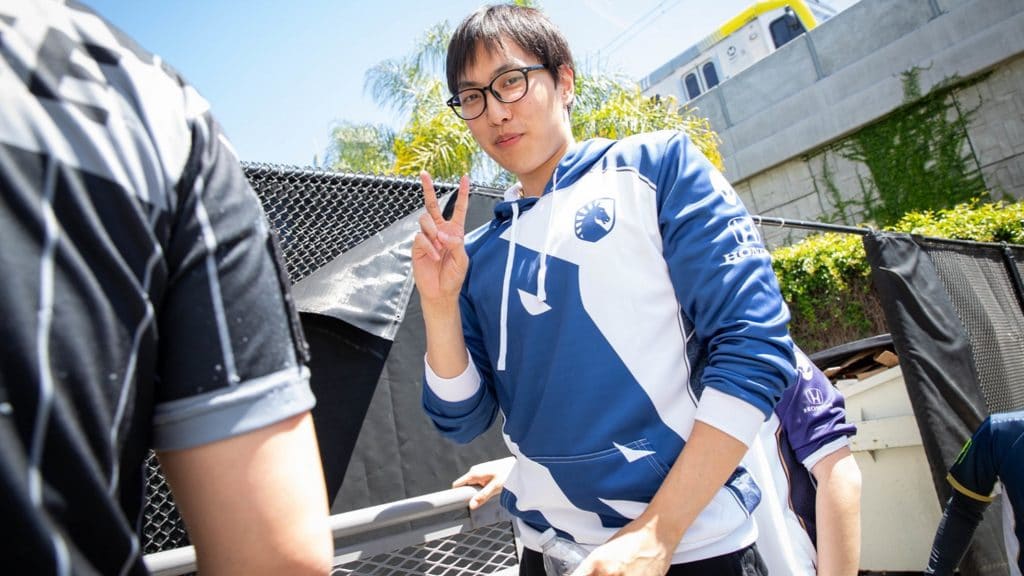 The most successful North American player to have ever graced Summoner's Rift. It is no surprise that Doublelift has been part of the competitive scene since its creation back in 2011. Since Doublelift started playing competitively, he has been part of 3/4 of the LCS winning teams: CLG, TSM, and Team Liquid. Currently, he holds the record of most LCS Championships with seven. It was not until this year, however, that Doublelift was able to advance from a group stage at a major international tournament. Doublelift has been the rock for Team Liquid and will be looking to set his sights at making it far into Worlds. 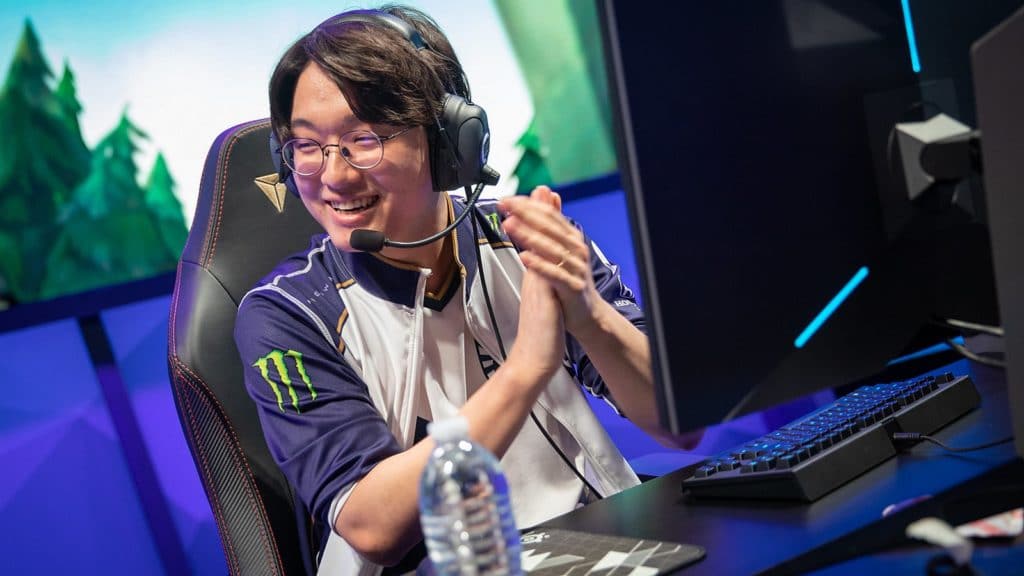 CoreJJ started his LCS career with Team Dignitas throughout the 2015 season playing as ADC. After a lackluster 2015 season, CoreJJ joined Samsung Galaxy as an ADC for their Spring split. In Summer CoreJJ swapped to support to give room to Ruler, SSG's rookie ADC. Even though CoreJJ only played in three losses during the regular season. He played in eight games of the regional qualifier beating the Afreeca Freeks and KT Rolster, 3-1 and 3-2 respectively, to qualify for Worlds. In 2016 Worlds, SSG played against TSM, Splyce, and Royal Never Give Up. CoreJJ was able to help reach the final with SSG and nearly completed a reverse sweep of the two-time champions, SKT, but they ultimately fell 3-2.

In 2017 Samsung Galaxy was able to reach worlds through the regional finals again. CoreJJ and the rest of SSG made it to finals and faced SKT yet again. This time, however, Samsung Galaxy swept SKT 3-0 to become world champions. The 2018 season was not kind to the reigning world champions, recently rebranded Gen. G esports. Even though the team made it into worlds through the regional qualifier, they failed to make it out of the group stage. This was a first for any Korean team. CoreJJ decided to join Team Liquid in 2019 and was able to win his first domestic title alongside his lane partner Doublelift. 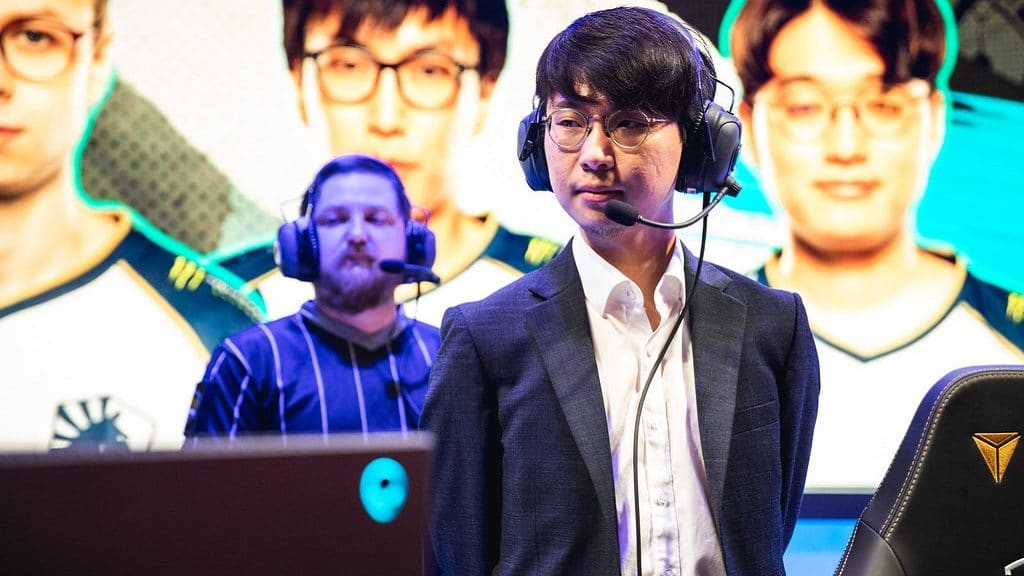 Cain played professionally from 2012 to 2015, even making it to Season 2 Worlds with Najin Black Sword, losing in the quarterfinals to the eventual champions the Taipei Assassins. After his time as a player, Cain transitioned into a coaching role with CJ Entus that lasted for a year before he moved to North America to be part of Cloud9's coaching staff. In March of 2017, Cain moved to Team Liquid as their head coach. Success came to Cain with Team Liquid when the team was reworked from the ground up for the 2018 season. Even though the team has already won four consecutive titles, 2018 Summer Split was the first time Cain won Coach of The Split.

It is important to note that Team Liquid had qualified, alongside Cloud9, to Worlds before playing the finals on August 25th. Team Liquid qualified due to having won Spring Split against TSM in 3-2 fashion. With TSM's early exit from playoffs at the hand of Clutch Gaming. It meant that Team Liquid would require a monumental collapse not to get enough points to qualify as the second seed. Clutch Gaming had a close series against Team Liquid, but with Team Liquid advancing to the finals it meant that they had instantly qualified to worlds. Winning Summer Finals means that TL will be part of the first pool of teams, much like last year's worlds.

What to expect from Team Liquid?

Team Liquid is the MSI runner-ups and has proven two consecutive years of domestic dominance. Anything less than Quarterfinals will be disappointing to the team and fans alike. In terms of playstyle, Team Liquid has shown some varied styles. The majority of the time, we see the team set up to play from the bottom side of the map. CoreJJ is known for his incredible map awareness and positioning, while also being an intense 2v2 matchup for most opponents alongside Doublelift.

Jensen has proven his carry style performances being able to take over a game, giving another win condition to the Liquid side. Impact is one of the strongest weak side Top laners and has shown that he can keep himself safe while the rest of the team puts pressure elsewhere. During the Summer Split, TL also showed that Impact could have carry performances. If used effectively then TL could set themselves as one of the scariest teams in the tournament.

We will have to wait until October 12-15th to see Team Liquid again. Be sure to stay tunned to ESTNN for more team previews and Worlds 2019 coverage.