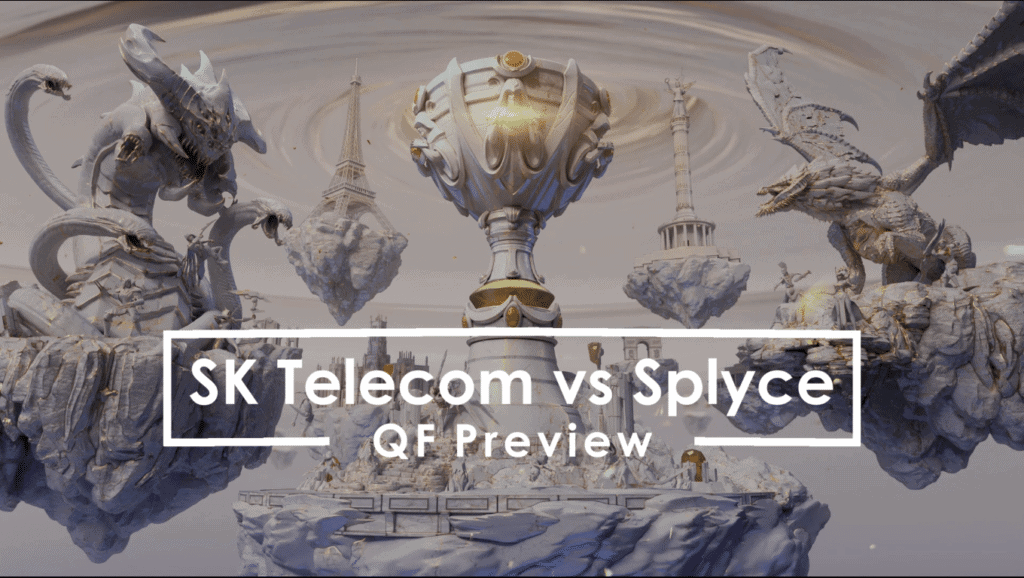 With Europe and Korea both managing to take three teams out of the Groups Stage, the regions will be fighting for dominance. SK Telecom T1 (“SKT”) will be facing off against Splyce (“SPY”) while Damwon Gaming will be playing G2 Esports on this side of the bracket.

Both first seeds playing against third seeds from the other region will allow the regions to show off their unique strengths. However, with G2 Esports falling to Griffin at the end of groups, SKT and SPY will have added pressure to do their regions proud.

Europe needs to prove their lower seeds can upset the long-time Korean powerhouses. On the other hand, Korea needs to set in stone that they are the kings of League. SKT has returned to the Worlds stage and they haven’t missed a beat from their previous performances. Only dropping one game to Fnatic, they took the first seed in their group will little contest. Besides their loss, they’ve shown intelligent playmaking combined with calculated aggression to win game after game with ease.

Their regional performance also heralds their best-of-five strength, only dropping two games while running the entire Korean gauntlet. This team and G2 Esports should be considered the front runners for taking the title.

Every year the team manages to qualify for Worlds they get better and better, and this year has been no exception. Evident weaknesses in the team have suddenly disappeared as they’ve moved from the LCK to the Worlds Stage. This team is a perfect example of the value that a strong support staff can bring; they’ve shown flexibility while still putting their champion mastery on display.

Lee "Faker" Sang-hyeok had trouble matching his previous strength while in Korea but he’s performed as one of the best mid laners at Worlds. He’s has accumulated individual advantages in game after game with and without his team putting resources into him. Kim "Khan" Dong-ha has completely stopped his classic overextensions and has no longer given his enemies opportunities for free kills.

Park "Teddy" Jin-seong is known as a top-tier ADC. But his support, Effort, is still quite new to the international scene. Despite this, he hasn’t shown any signs of cracking under the pressure and has only improved as the tournament has continued. It’s clear that his time working with Cho "Mata" Se-hyeong has caused his game knowledge to peak and allow strong, consistent play.

If the team continues to improve at this rate, it will be hard for any team to stand against them.

A Shadow No More 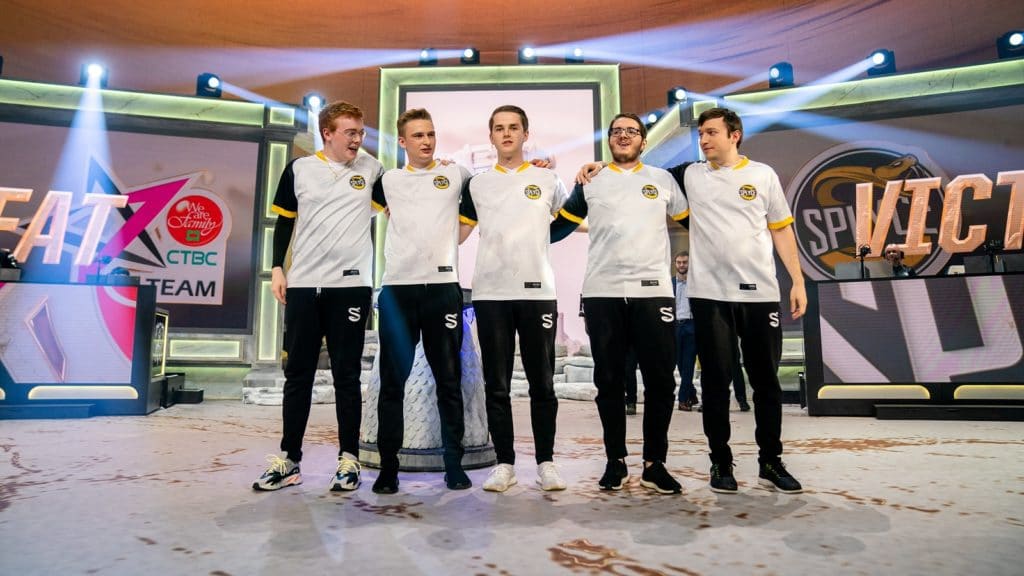 Play-in stage showed an entirely different SPY from what fans expected. They ditched their previous mid to late game strategy and instead opted into full-on early aggression. Andrei "Xerxe" Dragomir, the jungler, began to show up, accumulating massive early game leads for his team to close out. Finally qualifying for the Group Stage of the tournament, SPY beat the Unicorns of Love in a nail-biting, five-game series.

Fans were filled with hope as they were placed into Group B. Group B was by far the easiest group to make it out of this year. They only had to beat J Team and GAM Esports to make it through to the quarterfinals, but they struggled with a 1-2 record after week one.

When Group B played its second-week games, SPY was again reinvigorated and played immaculately. FunPlus Phoenix, China’s first seed, was looking to take a 3-0 day to secure their first seed and quarterfinals appearance, but SPY wasn’t going to let that happen. They managed to beat them in the Group Stage game but fell short in the tiebreaker.

With their surge through Week 2 of Group Stage, nobody should be underrating SPY. They’ve shown repeated improvements in their individual and macro play as they’ve progressed through the tournament. Certainly, they had the weakest group by a mile, but they managed to take a game off FunPlus Phoenix.

Marek “Humanoid” Brázda, in combination with their star jungler, has managed to surprise all at the tournament, but the team’s level of play may still not be high enough. They haven’t shown the ability to upset world-class teams at any point this season.

If Xerxe manages to bring the same kinds of leads to his team, they could beat anyone. Who knows, maybe they can even take the title for themselves.

Regardless of the meteoric rise by SPY, SKT is still the favorite for this match. Xerxe has been playing out of his mind for this tournament but he still can’t hold a candle to Kim “Clid” Tae-min who is one of the best junglers at Worlds.

Humanoid will have to stand up to Faker, the best mid laner in history. While his peak performances hint that he’d be able to go even in lane in some games, FunPlus Phoenix was able to slam through him. SKT is much more adept at singling out weaknesses across the map and will likely find more success in punishing him.

Xerxe and he will need to step up their level of play to a level they’ve never shown before. Even when Humanoid was in his element in Europe, he’s never made a name for himself by winning lanes against top tier threats such as Marek “Humanoid” Brázda and Tim “Nemesis” Lipovšek.

The top lane will also favor the Koreans in this match up. Khan has shown his ability to win lane with wide margins that have led to carry performances. SPY really won’t have an answer to him if he gets that lead. Bottom lane will have a similar discrepancy with Teddy and Effort having shown themselves as more capable of securing individual leads against the more threatening competition.

This, in addition to SKT having better players in every role, means there’s little hope for Europe’s third seed. If the entirety of SPY plays to their maximum form and Humanoid shows the same strength he had in Europe and Week 2 in conjunction with SKT slumping for the first time at Worlds, they might win.

Since this is extremely unlikely, SKT will most likely take this series in a dominant 3-0 fashion.