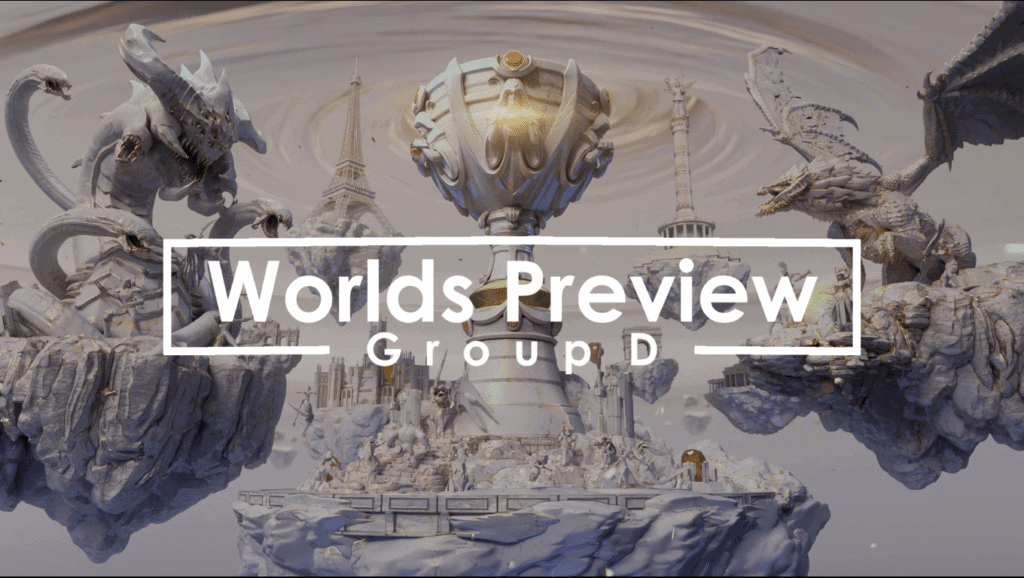 The 2019 League of Legends World Championship is well underway. With the Play-In stage yielding the most predictable results, the teams are moving on to the Main Event Group Stage. So far, we've covered Group A, Group B and Group C, so now we come to Group D. This group consists of Team Liquid, ahq e-Sports Club, Invictus Gaming and Damwon Gaming. It's definitely one of the more interesting stacks of teams, as it's possible for any of these teams to emerge victorious over the others. They'll certainly produce a wealth of exciting games!

First off is North America's first seed, Team Liquid. The curse of the number four continues to guide them as they won their fourth LCS title in a row and were slotted into Worlds' fourth group. This seeding is mere coincidence, but their ability to win four back-to-back titles in a major region is a testament to this team’s strength. They couldn’t make it out of groups last year, and though there are doubts they will this year, TL is working to shut those perceptions down.

And they have the tools to do so. This year, TL has added legendary Korean support CoreJJ and iconic mid-laner Jensen to their lineup. As a result, this squad has reached new heights and has surpassed every NA time and time again. These two additions are stark improvements over their 2018 roster and give them a much better shot at making it out of groups.

The crux of this team is their bottom lane. Doublelift and CoreJJ are both strong in lane and know how to carry in mid to late game team fights. Xmithie, their jungler, typically plays around the duo to ensure they get ahead too.

Though these two are in the spotlight, TL’s solo laners should be underestimated. Impact hasn’t been known as a carry-oriented player in the past, but this year the former World Champion has shown tremendous growth. In addition, Jensen is a very consistent player and capable of playing many different styles for his team.

It can be hard to fully commit to backing NA at Worlds, but TL might finally be the exception. This year, they went all the way to the MSI Finals and look on a level no other NA team has ever reached. This could be the year TL goes the distance. 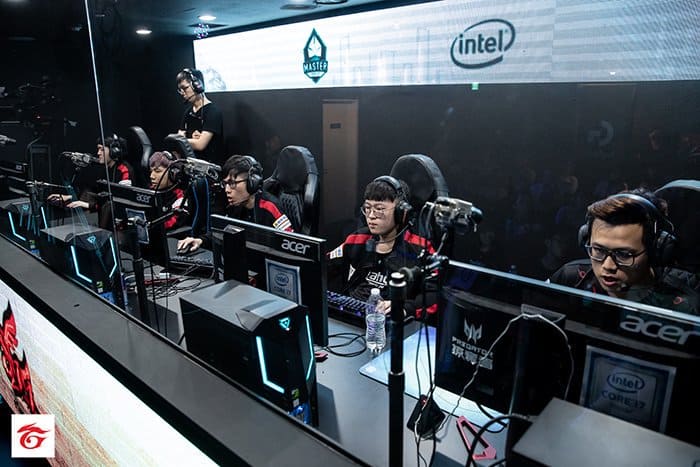 Next up is ahq e-Sports Club. AHQ is a relatively lesser-known name to Western fans, but as they're the second seed from the LMS, they can't be underestimated.  The LMS has been dominated by J Team this year, but despite that, AHQ has managed to stay right on their heels. They finished second in the Summer Split, then met J Team in the Finals. Here, they lost the series but did manage to take a game off of the LMS giants, which is a notable feat.

AHQ doesn’t have the same pressure put on them that many other teams in Group D do. Instead, they’re looking simply to make a name for themselves and prove there isn’t as big a discrepancy between them and J Team as most believe there to be.

The main player that will be able to make this happen is Wako, AHQ’s AD Carry. Among his team, he has the highest damage percentage and kill participation numbers, meaning his impact on games is tremendous. He’s a reliable mid-late game insurance policy and a member AHQ can put their faith in.

The other star on AHQ is Apex in the middle lane. Though the team entirely devotes itself to enabling Wako, Apex has the ability to carry himself. He has a varied champion pool that allows him to adjust to different situations. In addition, he is great at roaming to help his team find successful early-mid game skirmishes and will be another key member if AHQ is to find success.

AHQ is a tier below J Team in the LMS, but will have a decent chance in Group D. It isn’t expected that they make a super deep run in the tournament, but with Wako on their team, anything is possible for this squad. 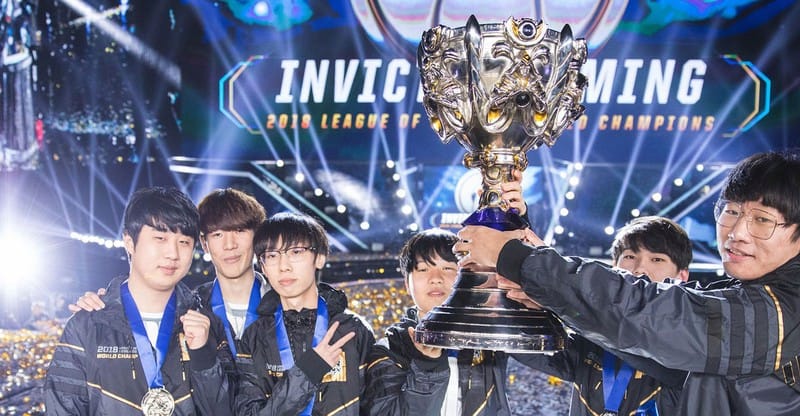 Invictus Gaming is a name every League of Legends fan should know. Last year, they entered the World Championship as a dark horse but ended up crushing their competition to become World Champions. Hoisting the trophy once is a high honor, but doing it twice is remarkable. IG will be looking to do so this year and defend their title against the other best teams in the world.

But this will not come without difficulty. Though IG dominated in the LPL’s Spring Split, their Summer Split was quite lackluster. Because of this, IG had to fight through the Regional Qualifier to qualify for Worlds. This recent underwhelming performance is cause for concern, but it's clear that this team has an incredibly high peak and can win it all again if they reach it.

The strongest points on IG are their solo laners. TheShy, their top laner, and Rookie, their mid laner, are massive carries. The pool of top lane talent at Worlds this year is stacked, but TheShy stands out above them all. His Aatrox play against G2 Esports last year says everything you need to know about him.

Rookie is the other solo lane threat, and he’s as threatening as ever. He’s been in the conversation for being one of the best mid laners in the world and has repeatedly shown why. It's rare to see him fall behind, instead, he’s known for hard carry performances on a variety of assassin picks. He’ll be a great asset to IG in this year’s Worlds.

Though it’s hard to tell what form of IG we’ll get in the group stage, they’re more than likely to make a splash. They have the ability to do great work and will be an important team to watch develop. 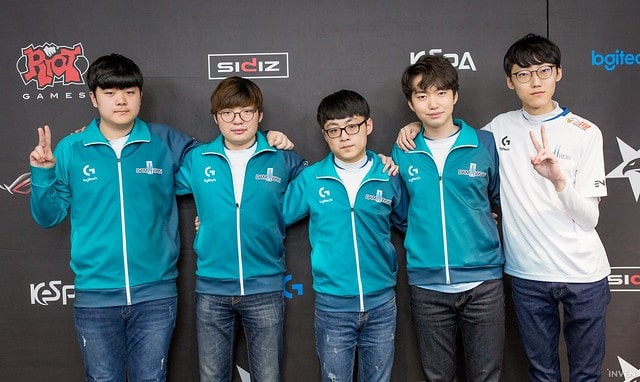 Last but certainly not least is the LCK's third seed, Damwon Gaming. For the first time in history, the LCK had to send their third seed to the Play-In Stage, but it wasn't a big deal for DWG.  They absolutely crushed the competition, losing only a single game throughout the entire Play-Ins. They weren’t the cleanest but were clearly a tier above the other teams they played against.

This team has high expectations to live up to in the Main Event. Their Summer Split was their breakout split, as they finished second in the regular season and ended up defeating Kingzone DragonX in the Regional Qualifier. Like IG, the main threats of this team lie in the solo lanes.

Nuguri is DWG’s top laner and is a fantastic player. He plays Vladimir in a very unique way and favors scaling mages to outscale and crush his competition. Though he’s the type to give over some early advantages, his late game carry potential is insane. He’ll need to be focused by his opponents if they want any chance of victory.

But they can’t forget about Showmaker. Residing in the middle lane, Showmaker is the other star of DWG. Where Nuguri is the late game carry, Showmaker is the one who wants to make an impact early. He’s darn good at doing so too. He enjoys aggressive picks like LeBlanc and Renekton that roll over opponents early on. This dynamic duo is extremely powerful and quite exciting to watch.

Though they’re not that highly seeded, DWG has a definite chance to move past Group D. If they can clean up their play from the Play-In stage, they will be a fearsome squad indeed. With such flashy carries, DWG will surely be a rousing team to watch.