After a grueling six days of the play-in stage, we finally have our remaining sixteen teams that will be competing for this year's summoner cup. We have had some crazy games already, but all results have gone as expected, with all the first seeds of play-ins making it through to the main tournament. Group B is this year’s group of life. Although, there can be some interesting matchups when these teams fight against each other. The clear favorite in this group is the LPL’s FunPlus Phoenix. But will they be able to succeed in their first Worlds appearance? And which of the three other hopeful’s feel like they have the best chance to make it out? 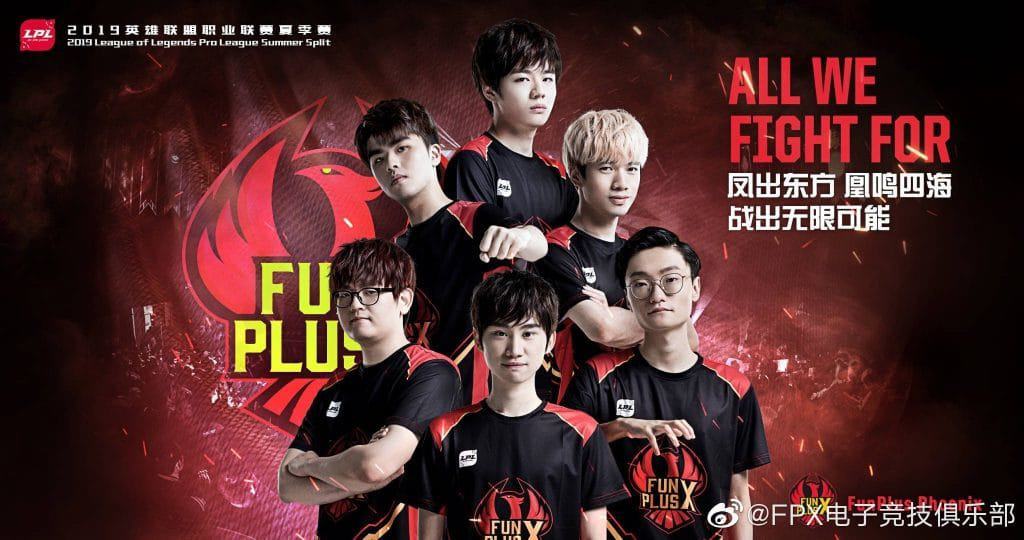 The number one seed of the LPL, FunPlus Phoenix is making its World's debut this year. Regardless of this being the first year for all their players, they look like one of the scariest teams going into the tournament. Indeed, many analysts see them as the second or third most likely team to win worlds. One of the many reasons to be excited about is the team's star mid-laner Kim “Doinb” Tae-sang. Dubbed as ‘Super Carry Doinb,' he's known for his unique champion pool as well as obscure builds that facilitate his team to get advantages around the map. Gao “Tian” Tian-Liang is another of the important members of the team, coming in as the jungler he is one that focuses on helping Doinb early, that way the team can navigate around and fight around objectives or their carries.

At the end of 2017, FPX was formed, but it was not until this year where they made changes to their roster to challenge for the LPL title. In the regular season of both Spring and Summer, FPX dominated and made themselves be known as one of the best teams in the region. Sadly, in the spring split playoffs, JDG upset FPX, making them miss the finals. In the summer split, FPX came back with a bang going 14-1 in the regular season. They then beat BiliBili Gaming as well as RNG by a score of 3-1. The team seems to be the clear favorite for this group. Despite that, it is still a rather open group for the rest of the field. Will anyone have the opportunity to take down the LPL giants? 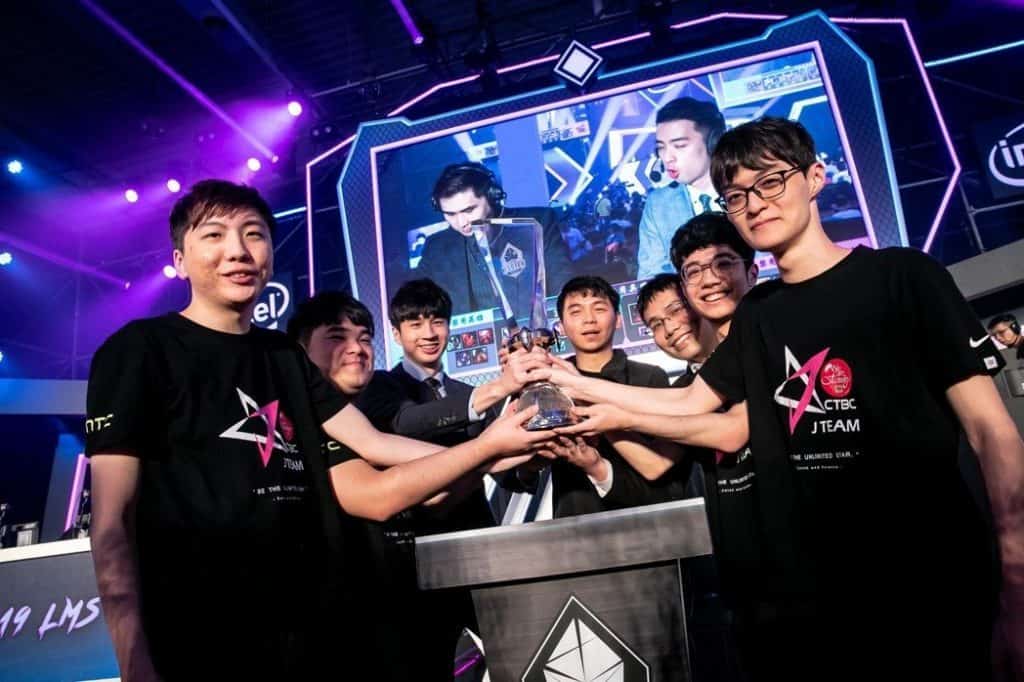 The second team in group B is CBTC  J Team, the LMS first seed. J Team is another that we have not seen in the World's stage before this year. With the news that the LMS is disbanding and joining forces with the GPL again, it will be hard to gauge if the LMS can compete against the other teams in the tournament. J team was close to making it to the 2018 world championship, but upon reaching the LMS gauntlet final; G-Rex defeated them in 3-0 fashion. J Team has been around since 2016 when they bought the Taipei Assassins' roster. Since their creation, J Team has always found themselves behind the original three big teams, finally becoming the first seed is going to be big shoes to fill for this new international side.

The first half of the year was not kind to J Team as they finished fourth in playoffs. In the second half of the split, J Team completely ravaged the league. They finish the regular season 12-0 and only dropping one game to AHQ in their summer split finals. The thing that is deadly about J Team is that there isn't a particular carry for the team, they all work together, and all have a strong chance of carrying in any particular game.

One of the names that has to be on your list is FoFo. The star mid laner is a stellar carry and has been part of the organization since its creation. J Team wants to show the world, that even though Flash Wolves is not around as the number one seed, they are the rightful owners of this spot. They want to demonstrate that they're completely capable of demolishing any other team in this tournament, and specifically in this group. 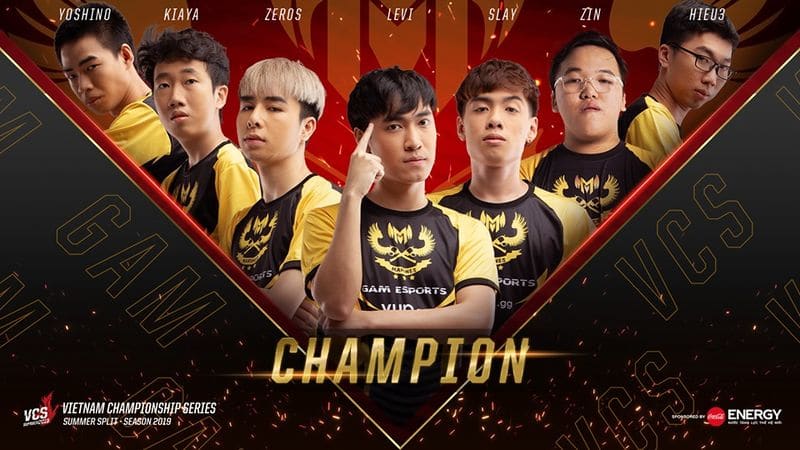 GAM Esports is the third team found in Group B; they are also the number one seed of the VCS. GAM Esports,  previously known as the Gigabyte Marines, is back in the international stage after a year and a half hiatus. GAM Esports made a lot of changes before the summer split, including the reacquisition of Levi, the all-star jungler, that became the highest-paid player in VCS history. Many that remember GAM back in the 2017 World Championship will see that the team has gone through many changes.

It is not the same team that brought us the five-minute Nocturne funnel comp against Fnatic. Still, the explosive style is there, just by taking a look at what Lowkey esports did against Damwon Gaming. We know Vietnam has shown us an overaggressive playstyle before, but this year might be the year they can finally advance past the group stage at an international event.

Some people might wonder why they should care about GAM, well the main reason is that we can expect the unexpected, this is a team that is known for unique picks and strategies, all geared towards being unexpected. While GAM might have two main region teams in their group stylistically they fit well with both those teams, and it feels like this can be the year they can make it into the knockout stage. The main player to look at is Levi. He is the biggest facilitator for the team and will be looking to dominate this group. GAM is lucky to be in a group that is looking for chaos, as they were born from the chaos. They will be looking to flex and show they belong among the top eight of Worlds. 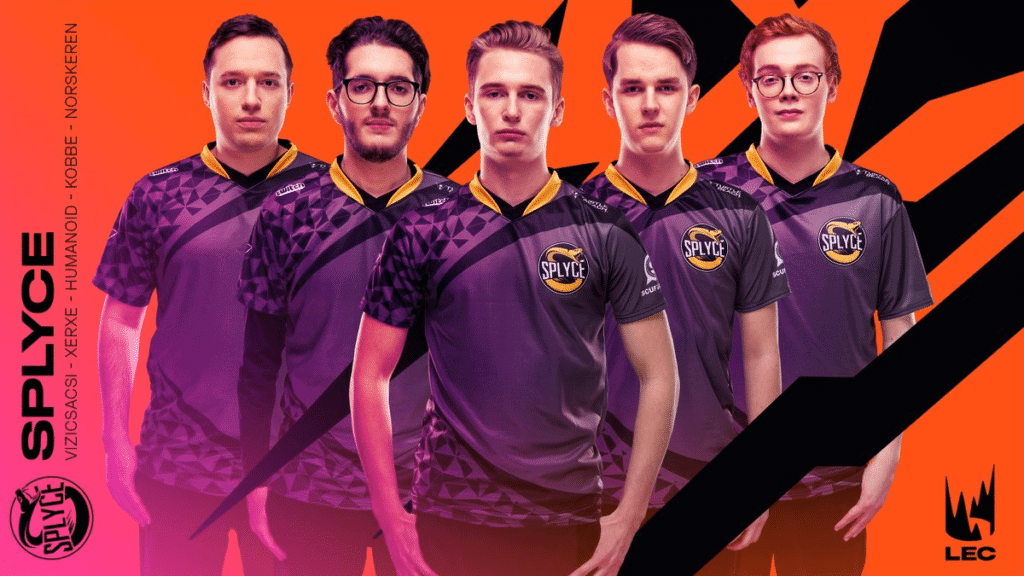 The last member of this group is Splyce, the LEC's third seed. They qualified to the tournament by winning their Play-Ins knockout series against Unicorns of Love. To start, Splyce was the only team forced to play all five games in the knockout of the play-ins. This should be praise thrown toward the CIS representatives because they showed to be the strongest team in play-ins from a non-major region. Splyce, however, did not have a great series, and this can put the group into question for the LEC side.

Splyce proved to be one of the best teams in the LEC beneath the super side of G2 Esports and Fnatic. With a distinct slow-paced game, this might be the toughest group Splyce could have asked for. This does not mean that Splyce should automatically feel like they can't advance. It is important to note that the team will have an uphill battle to make it out as the theoretical second seed.

The talisman for this team is Kobbe. Thankfully for LEC fans, he is not the only carry the team has. But its crucial to note that he is the most consistent and important one for the team.  Humanoid is the other important player, and he proved himself in the first round of the tournament. Xerxe is another of the important threats due to his proactive jungling. Still, it seems like the world will be against Splyce if they do show that they can dominate these early-game focused teams. Then it could be a certainty to say that this team is part of the best region in the world.

Watch the 2019 World Championships, with Group A starting October 13th, here at ESTNN TV. For more information on the tournament, teams, standings, and players, visit www.lolesports.com. Stay tuned here at ESTNN and follow us on Twitter and Facebook for more League of Legends news, articles, opinions and more.