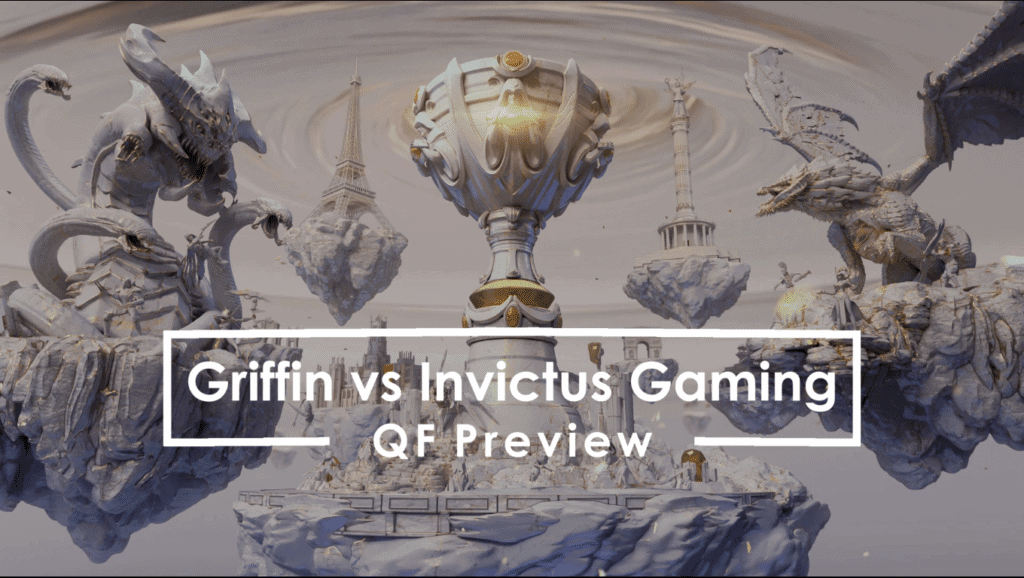 After an intriguing two weeks of group stage action, we finally have our eight quarterfinalists. The second week of group stage games did have some surprises; the main one was Griffin pushing ahead of G2 in Group A. We also saw Invictus Gaming get their revenge against Team Liquid to get second in Group D. This matchup seems like one of the more even one's going into it, but it can hold a lot of intricacies when diving deeper into it. 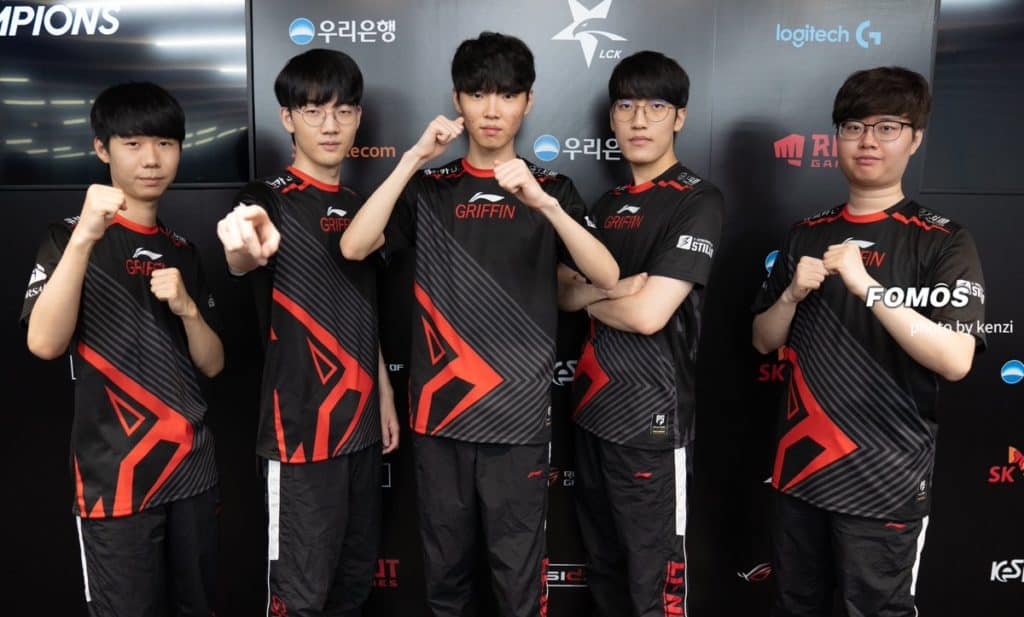 Griffin has been the team with the highest number of questions surrounding them. Dropping coach CvMax the week before the tournament started drew a lot of concerns on how the team would perform. Also, given the fact that Griffin has lost their two previous best of fives (both against SKT,) it meant that not many people had faith in them performing well in groups. Griffin not only got out of the group in the first place, but they also looked damn good doing so. They finished the group stage with a record with a 6-1, including their tiebreaker with G2. The fact of the matter is that the two games they played against G2 looked completely dominating from the side of Griffin.

Even after such a dominating week two performance, people still question how good this Griffin side is. The main issue is that Griffin does not have a great record in best of fives. Since Griffin qualified to the LCK in Summer 2018, they have a combined 14-14 record in best of fives. This includes their two 3-0 victories in the Kespa Cup. When looking at their track record, it does not look great, but it is important to note that Griffin's most recent Splits have resulted in them getting first in the regular season. Their most recent losses have come against SKT, a team with such an impactful dynasty, that many are still worried about facing them.

Griffin finds themselves with some of the best individual talents in Jungle and Mid lane. With such an impressive cast of players, it should not be a surprise that this team has to be considered a strong contender for the Summoner's cup. Chovy and Tarzan are a wrecking crew that usually runs over a map. The games still have to be played, and there are still many questions surrounding this young Griffin lineup. This game can be a strong indication of how good the team can be when they perform at the highest of levels. 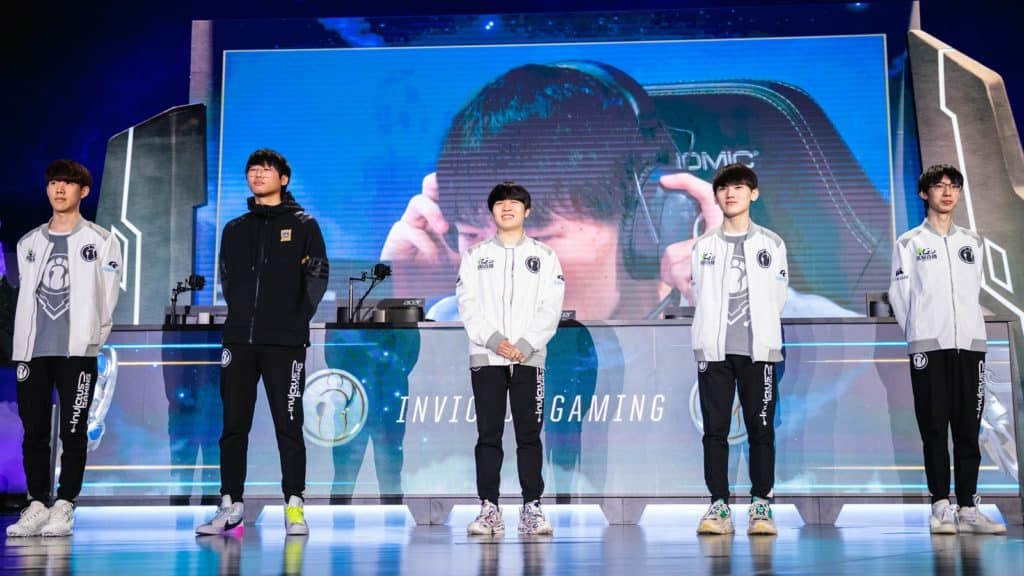 Invictus Gaming came to the tournament limping from their Regional Finals as the number three seed of the LPL. Fans and analysts felt that the former world champions would be nothing in comparison to what they showed during last year's Worlds. Still, Invictus Gaming showed some of their highs, while also showing they are a vulnerable team. One of the biggest question marks for the team will be in the jungle. Will Ning be able to outperform Tarzan? Or will the team give rookie Leyan a chance to shine?  What is certain is that this series will be explosive and packed full of intense moments throughout.

Invictus Gaming comes out of Group D as the number two seed after dropping both games against Damwon Gaming. Luckily for the defending world champions, they were able to take both games from Team Liquid and gain their revenge against the team that knocked them out in the MSI semifinals. IG showed that they still have a lot to bring to the table regardless of form during the Summer split. Rookie and TheShy are still incredible threats that can run away with games. What we saw from IG against Damwon, however, can leave some doubts when they face the number two seed from the LCK.

IG's main concern has to come from the Jungle and bot lane. These two roles are usually the most inconsistent from the team and can cause an early elimination from the tournament. Even though a lot of fans thought that Invictus Gaming was just a shadow of their former self, it is important to note that the team was unable to perform to their full potential because of Rookie having to step down due to personal issues. As is with other more traditional roster changes, players need time to adjust. Because of this, it was clear that IG had not reached that stage yet. A concern to be aware of is the fact that the second game against Damwon started great for the LPL representatives. Unfortunately, a sloppy mid-game caused the match to slip away from them.

This match is the biggest coinflip of them all. We have two teams that are going into this quarterfinals with a lot of questions. The key matchups will answer all those questions within the five-set series. Let's start with top lane where TheShy will meet Sword. This matchup favors TheShy, but how much will that influence help Invictus Gaming cross the finish line? We saw TheShy dominate a game against Damwon, but here he was unable to carry the weight of his entire team. Some of the most important champions in this matchup will be Akali, Jayce, and Vladimir. Will Griffin opt into giving some of these power picks away? Or will they ban them out and attack the rest of the map?

Another of the big disparities in this matchup comes into the Jungle. Tarzan is one of the best Junglers in the world, let alone this tournament, and we happened to witness a masterclass performance against Jankos. Recently, Ning and Leyan have been swapping around their spots. As a result, it is unclear which of the two will be more beneficial for IG in this five-game series. Thankfully both of these players will have amazing help coming from the mid lane in the form of Rookie. Still, we have seen Tarzan play a wide arrangement of champions, and he can have very creative pathing around the map.

The last matchup that is a must to talk about is Chovy versus Rookie. These two have different ideas at times of playing the map versus playing the lane. Chovy is a great mechanical player that looks to gain any advantage within his lane to then explode and help the map. Rookie, on the other hand, is always trying to find the best way to help his team. He does play assassins as well, but both players have a different idea when it comes to playing the map. This will be a closely contested series. In the end, this series is likely to go to Griffin with a score of 3-2.