In this matchup, both teams need to prove themselves. Fnatic (“FNC”), had an atrocious week one off the back of draft errors and poor individual play. FunPlus Phoenix (“FPX”) is the Chinese first seed, but they certainly haven’t been able to play like it. They lost games to J Team and Splyce, teams that any tournament contender should be able to knock out of the water.

With fans of both teams severely disappointed in their play, the teams will need to step up their performances to avoid disappointing finishes. Both teams were expected by many to be serious contenders for the title and this quarterfinal series will be the perfect place for them to live up to these predictions. 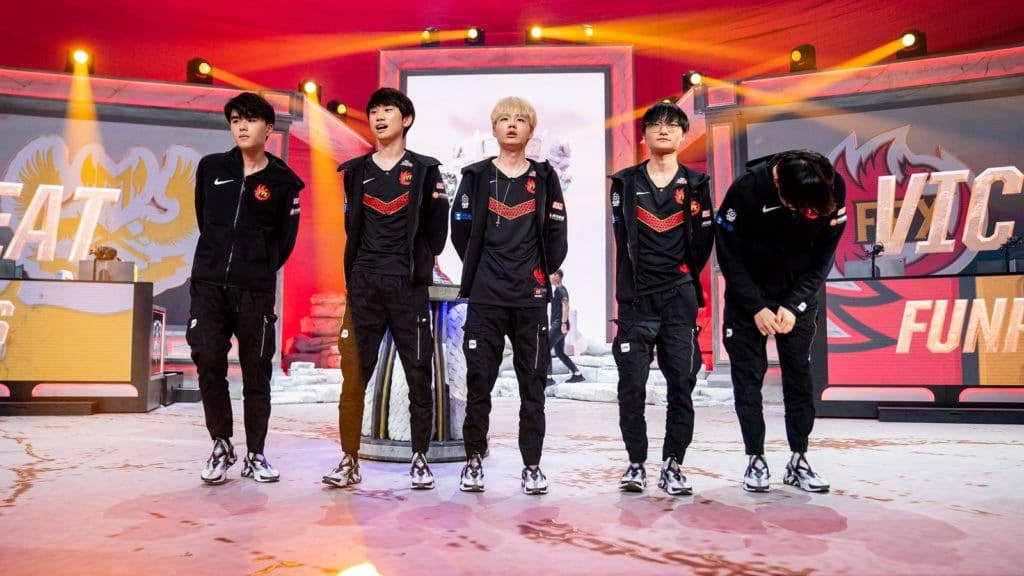 Kim “Doinb” (pronounced “do in bee”) Tae-sang is a prodigy in the LPL. His builds and champion picks revolutionize metas around him, for example, he invented Righteous Glory Ryze. Disregard all previous experience you have with mid builds because he doesn’t care what others use. Instead, he opts to go through the effort of crafting his own item selections.

This leads to unique picks from the player, including Nautilus and pre-rework Pantheon, when he goes on stage. Through mainly his efforts, FPX has flourished as a team in the 2019 season of the LPL.

Fans of the team were excited to finally see them hit the international stage; expectations were at an all-time high with many fans and analysts considering them one of the tournament favorites. Group Stage didn’t lend itself to this narrative, however.

Three wins and no losses were the only way they could regain their pride and confidence moving into Week Two. This goal seemed easily achievable as the team crushed GAM Esports in the first game of the day. But as they played their second game of the day, the 3-0 dream was soon dismissed. Splyce dominated the team early as handedly as they did the first time around, but this time they didn’t throw. This time the European third seed slammed the Chinese first seed.

They managed to maintain the first seed in the group by returning to their tried and tested strategy. Play through Doinb. Europe lost their first tiebreaker as he proved he the margin of skill between himself and Marek “Humanoid” Brázda was large enough for him to carry his team. 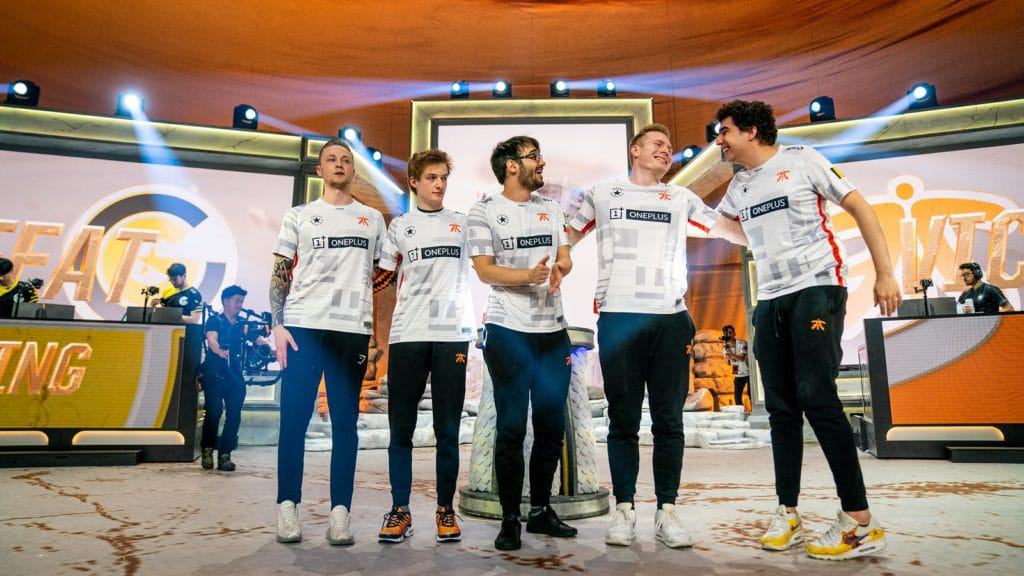 With Rasmus “Caps” Borregaard Winther leaving the team and going to G2 Esports, fans have worried Tim “Nemesis” Lipovšek can’t bring the same strength. After Group Stage, they have found a resounding answer from the player. He has been the most consistent player on the team; he has stood up to top international talent and looked competitive. With his performance, the argument that he’s the best Western mid laner gains more traction. His consistency makes him a better mid laner than was in 2018 Caps if you consider the games Caps threw.

Regardless, Week One was a disaster for the team. Garen Yuumi, a combination that looked unstoppable in Europe, lost to SKT and barely won against Clutch Gaming. They ended the week going 1-2 and looked hopeless. But this isn’t an acceptable performance for FNC, they had run a miracle run from an 0-3 Week One before and they weren’t afraid to make another miracle happen.

When they played against SKT a Veigar pick in the middle lane was their answer to Akali. With this pick, the team took advantage against the best mid laner of all time and leveraged their way into the game. The Korean team repeatedly threw themselves at FNC and they capitalized on their enemy’s poor play, quickly taking the game.

Against Royal Never Give Up, FNC was the one that made the difference. 2018 G2 flashbacks were shown in FNC’s play; they beautifully pulled off the signature European 1-3-1 style and made aggressive and proactive plays to win the game without a single teamfight.

Though they had missteps in Week One, using marksmen in place of alternate picks in the bottom lane and increased Gangplank priority gave them the advantage they needed for Week Two.

FPX looked dominant in China. They lost three series throughout the entirety of the year during the regular season and won the Summer Split with ease. Expectations for the team were huge and they failed to live up to them by a wide margin as they barely made it out with the first seed in the easiest group. Dropping two games while other first seeds have only dropped one is evidence of how this team has failed to live up to expectations and has struggled internationally.

FNC was expected to have a rough time in Group C, arguably the strongest group in the tournament that held a team from each major region. This strong group has appeared to only make the team stronger. They left as second seed looking better than they ever have before.

The expectations for this quarterfinal are that FNC will win with a 3-1 or 3-2 record. FPX beat Splyce through Doinb crushing mid lane, but Nemesis isn’t Humanoid, he’s much better. The Chinese team struggled on the big stage and the stages only get bigger from here.

Stylistically FNC once again has the advantage. Royal Never Give Up and FPX revolve around team fighting with their main carries, their ADC and Doinb respectively. In a similar way to how they beat the Chinese second seed, FNC will be able to beat the first.

Teamfights are a strong plan to have in mind, but European teams are masters of utilizing 1-3-1’s to victory and they’ve showcased it since 2018. Nemesis will not give FPX the opening they need to crack the game open through their star mid laner.