As MSI draws closer, the LCK is looking to reclaim the League of Legends throne. The disaster of Worlds 2018 already seems far behind, as Griffin charges ahead of everyone, even teams they can’t play against yet. That being said, Griffin is not home to all of the best players in the region. If that were the case, there wouldn’t be hope for anyone.

Before I get into the list, let’s clear up some things about how I built it. First, when choosing players I had to consider more than just KDA. One needs to look at how that player impacts the rest of the team, and how they’ve been able to define their position. Things like damage share, gold share, and kill participation can indicate just as much about a player. Additionally, some of these players haven’t played the entirety of the split. There’s something to be said about a player’s ability to come on to the stage and take advantage of their opportunities. Third, this list is no particular order - except number one - so don’t get too hurt over where your favorite player falls.

Chovy has arguably been the best player in the LCK for a while now. He was the first player to reach a 100+ KDA, topping out at a stratospheric 115. Since then his death in game one versus SANDBOX in February, Chovy has died only five times. With a total of seven deaths in the entire split thus far, Chovy is quickly becoming every midlaner’s greatest fear. Not to mention he did that on 9 different picks, so it’s not as if he’s been one-tricking his way through everything.

The level of dominance Chovy has showcased is likely unprecedented in League of Legends. Perhaps we could talk about Dade or Faker as the greats of the midlane, but their time has passed. In a year where the younger participants have shined and outclassed everyone, Chovy has stood a head above them all. 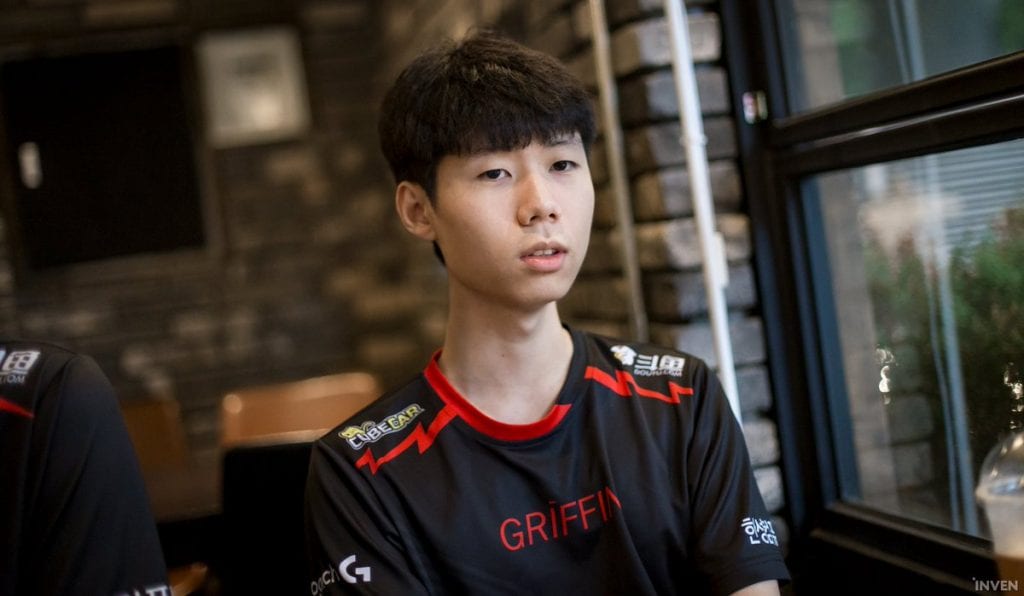 In a similar vein to Chovy, Lehends has been instrumental to Griffin’s success. He has the fourth-highest KDA of the split, as a support. He also has the second highest kill participation percentage of the entire Griffin roster. While Tarzan’s 74.1 percent is expected as a jungler, the fact that Lehends isn’t far behind is a testament to his playmaking ability. Papasmithy often likes to remark that League of Legends is really “League of Lehends” because of that fantastic playmaking. During the KeSPA finals, Lehends single-handedly changed the state of game one. He landed two hooks on Ruler in one team fight, ultimately sealing the series.

Like Chovy, Lehends’ champion pool is obnoxiously large at 10 champions, and many of them for more than one game. He has the lowest average deaths of any support, which serves to highlight both his skill and his team’s. More than half of his champion pool is filled with “engage supports,” so his low death average is even more insane. It means he’s not only picking the correct engagements, but his team is nearly always there to back him up. League is Lehends’ world; we’re all just living in it. 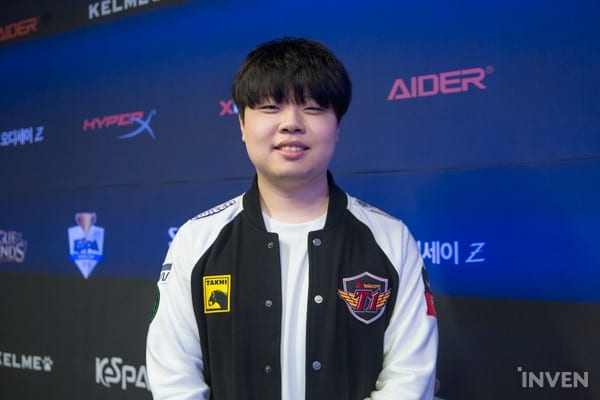 Now why is Clid on this list and not Faker or Teddy, you may ask. Well, Faker and Teddy aren’t carrying T1 right now. In a jungle meta defined by playmaking junglers, Clid’s legendary Lee Sin has shown. He’s played twelve games on the champ, and that fact that he was even able to do that is mind-boggling. Since Jarvan’s return to the meta two weeks ago, Clid has been unstoppable. An 18 KDA and 100 percent win rate suggest Clid’s Jarvan may be more fearsome than his Lee Sin. Teddy has largely been quiet in his time on the Rift since KeSPA and a few games early in the split. Clid, then, has to pick up the slack and has done admirably as far as I’m concerned. 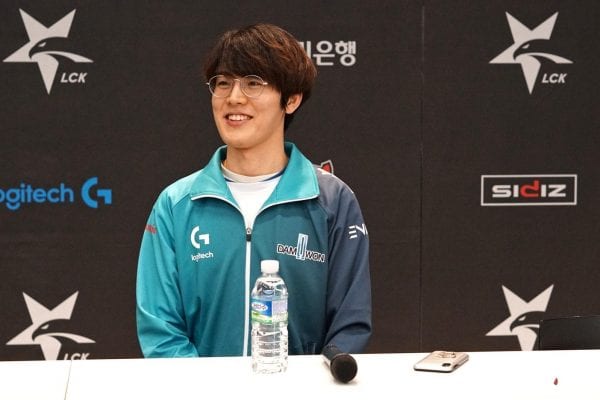 Flame has been a name synonymous with the top lane since the early days of Korean league of legends. After a couple of years in NA on Immortals and Flyquest, respectively, he has returned to Korea in full force. His short time in the LCK has already been filled with success and domination. His CS differential at 15, gold differential at 15, and XP differential at 15 are all positive. He’s already top five among toplaners in KDA, win rate, and lowest average deaths. North America is still often considered a “retirement” or “for fun” region at the professional level. As a result, many were left wondering if Flame still had the necessary skills. I think he’s answered those questions pretty emphatically. 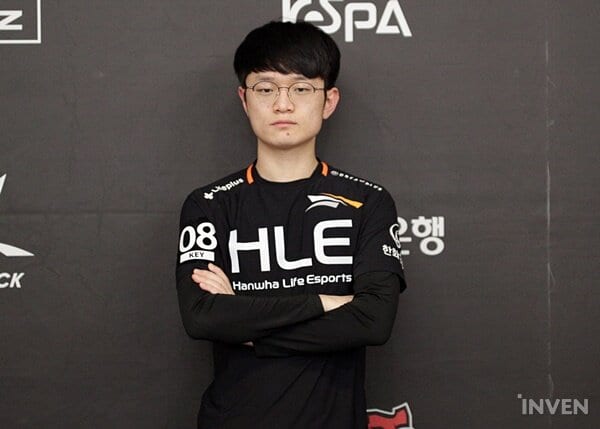 In the League of Lehends, there is also Key. For Hanwha Life, nothing happens on the map without Key. He has the second highest kill participation of anyone, and the highest by a large margin of his own team. Now when I say that nothing happens on the map without Key, I also mean that how Key plays determines Hanwha’s fortunes. Whenever Key is playing well, it seems the team wins, and whenever he plays poorly, the team doesn’t win.

Can one player hold such a command over his team’s performance? Sure, there have been many examples of players solo-carrying their teams to victory. Are there still four other players on the map? Yes, there are. But it is undeniable that Key is important to Hanwha’s success, especially when he holds such a dominant presence in the stats. If Hanwha wants their playoff spot back, they’re going to need to put Key in a position to help them do that. 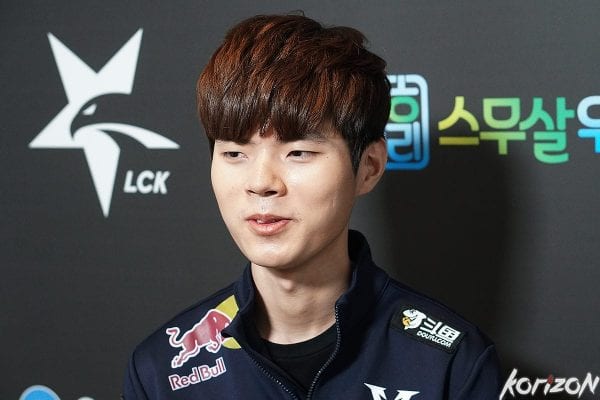 In a Kingzone that had a disastrous start to the split, Deft has been quite consistent. As the rest of his team has struggled to keep the pace, Deft has been the guy to keep the team in contention. In his attempt to do that, he’s gone far and wide in his picks. With the sixth-largest pool in the LCK, he’s played everything from Xayah to Ziggs (he won that game too). Recently, he’s become the Xayah player of the region. While it hasn’t always been good for him on the pick, when it has worked, it has dominated.

Deft is to Kingzone a lot like Ruler is to Gen G: the player they can go to when they need wins in the worst way. The stats tell the same story. Deft has the highest gold per game, KDA, and kill participation on his team. Kingzone pours a lot of resources into Deft, and more often than not he makes good use of them. Look for him to consistently perform as long as Kingzone continue to set him up for success. 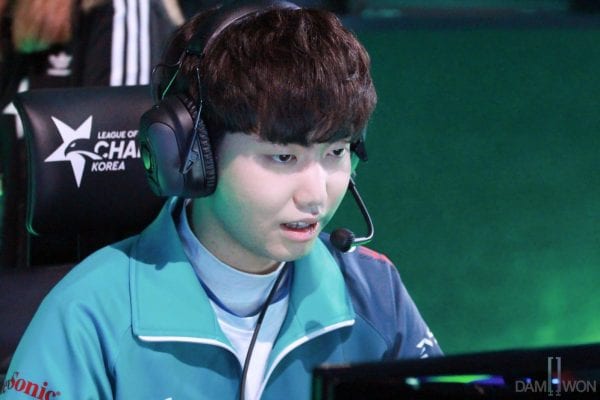 Much like Flame, BeryL came into the second half of the split for Damwon and immediately made a difference. With seven games on three champions, BeryL has one of the smallest pools of those with a similar number of games. His best champion, Alistar, has been far more effective in his hands than in Hoit’s. Given Alistar’s presence in the meta, this is a good sign for Damwon. As far as pure stats go, BeryL is well ahead in many categories when compared to other supports with similar numbers of games. While his assists per game is the third-highest of all supports, his average deaths is also high. This is more than likely due to a couple of bad games on Galio. However, if he can clean up some of his play, Damwon are in a great spot going into later weeks. 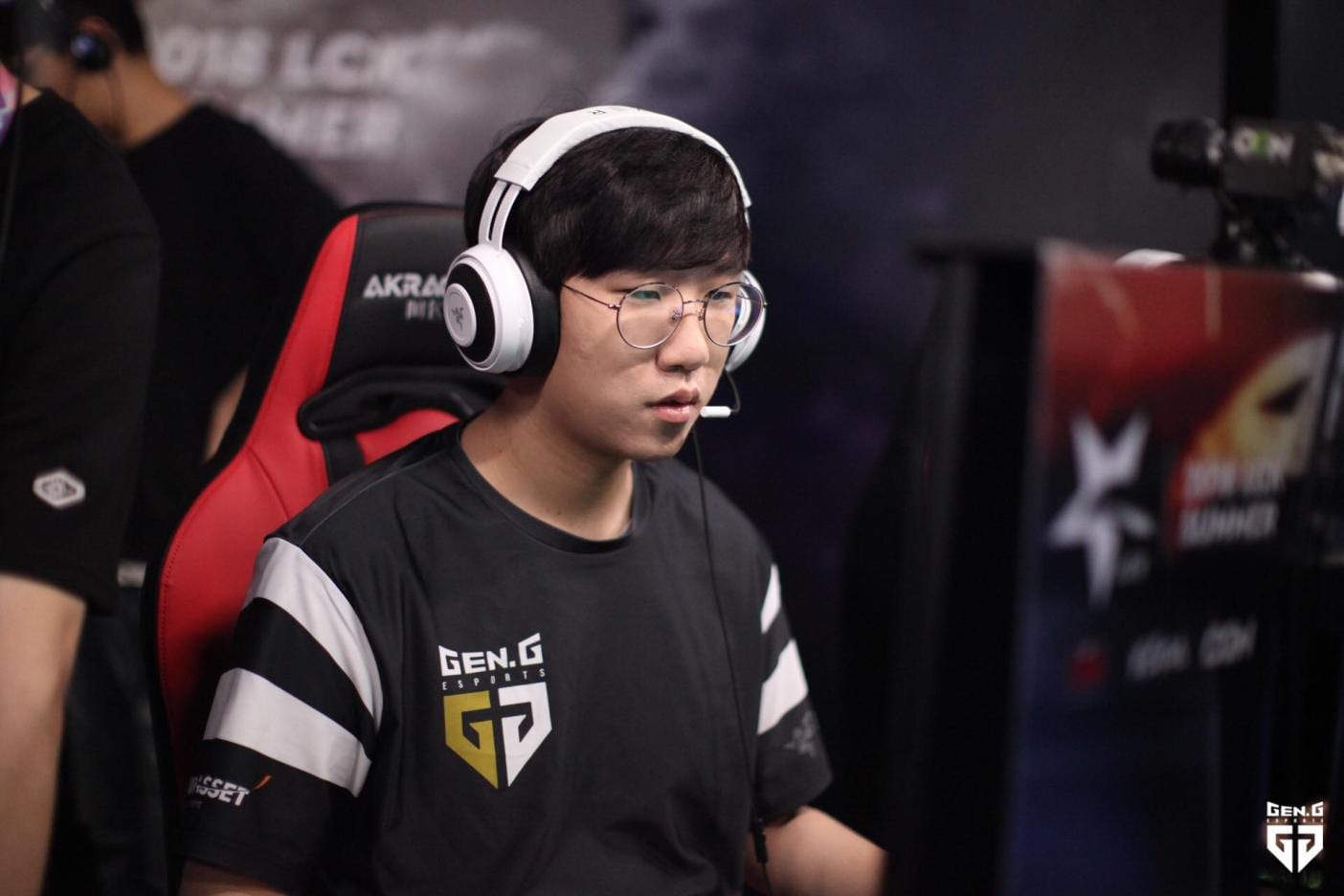 It seems we can’t stop talking about Ruler. Whenever a discussion of the best ADC’s in Korea, if not the world, comes up, Ruler is always there. Statistically, Ruler is by no means the best ADC in the region. He may not even be the best in the world from that perspective. This is one of those scenarios where Ruler being on this list is because of his impact on Gen G.

If Key plays a massive role in HLE’s success, then Ruler plays the only role in Gen G’s. In a world where Gen G is struggling, any time they play around Ruler, they come out ahead by-and-large. The stats say it all on this point. He has the second highest kill participation, highest kill share, and highest gold share of all ADCs. The answer is clear: Gen G live and die by Ruler’s performance. When Ruler is playing well, Gen G have been successful; when Ruler doesn’t get enough resources Gen G haven’t been successful. The team actually has the narrowest of margins to make playoffs still, but they need to let Ruler carry them there. 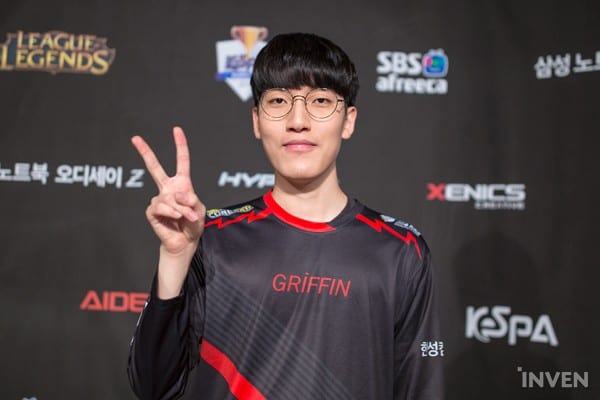 When Griffin were running around in the KeSPA cup dominating everyone, it was thanks to Tarzan’s Sejuani. Tarzan quickly opened up a very narrow jungle meta by playing champions everyone else forgot about. After that, no one can forget the trailblazing Tarzan has done for junglers this year (redemption Olaf). While the current overall meta doesn’t put Tarzan on as much of a pedestal, he is still an integral part of Griffin. Among junglers, Tarzan is in the top five in every category except CS per game. The fact that he can take a less important role in his team and still be one of the best in the region speaks volumes of his raw talent. Only Chovy can boast a better kill participation or KDA among Griffin, so Tarzan’s skill and importance to the team is undeniable. 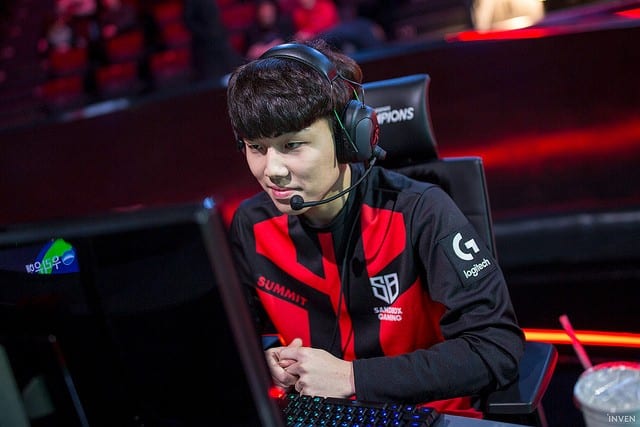 In a toplane world turning back to carries and flashy plays, there is Summit. While he may not be the best in the stats, he is certainly consistent. That can sometimes be more valuable to a team. If you knew that one of your players was going to be ok and play well, it would take a huge weight off your shoulders. Many consider toplane to be an island, and if Summit is having a good time on the island, SANDBOX are better for it. His CSD at 15, gold differential at 15, and XP differential at 15 are all wildly in his favor, a sign that he is not only playing well but winning most of the time. As a result, SANDBOX doesn’t have to worry about Summit, because when the time comes he’ll be more than ready.

Now keep in mind that this list is no particular order, except Chovy being number one. Obviously there are players who are better statistically than one or more of these guys, but that’s not all that matters. Take Ruler for example. His team is struggling very hard right now, but he’s on the list because he can single-handedly carry them. That kind of impact is worth noting.