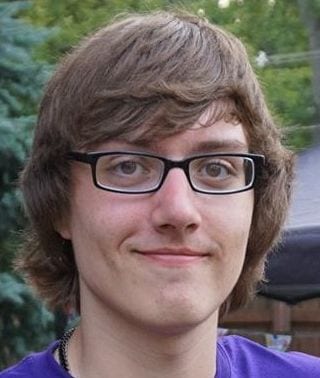 League of Legends: The Power of Flex Picks

“Flex pick” is a term used in League of Legends quite a bit to describe certain champions and draft strategies. It specifically refers to a champion that is able to play in more than one lane or role. In the current meta flex picks play a crucial role, but they haven’t always done so. For much of competitive League of Legends, meta picks were usually stronger than flex picks because they fit better into the standard front to back team compositions that were so dominant.

Flex picks became more popular in recent history. They allow for teams to create distinct advantages for themselves in draft and give themselves good lane matchups. The infamous ADC nerfs back in season eight prompted flex picks to become viable, and since then their utilization has noticeably evolved. Their role in professional play is undeniable and adds another layer of strategy to the match before the game even begins.

Champions that can be flexed to different lanes are invaluable. They can’t all be covered, but some of the most important or flexible ones will be. There are a few champions that are able to play in the top, middle and bottom lanes. Some are mages that can match the range of ADCs, while others are fighters that can all-in the enemy marksmen and kill them.

Prominent among the mages are Vladimir and Cassiopeia. Vladimir can be drafted early and safely due to his great sustain and incredible scaling. Cassiopeia acts much like a Critical Strike (“Crit”) ADC in the bottom lane but with more harass, and is frustrating for any top laner. Fighters like Yasuo and Irelia have conditionally good matchups in the top and middle lanes and can snowball well. They’re also playable in the bottom lane, where they can constantly all-in with an aggressive support and smash lane early.

Jayce has developed in an interesting in the past weeks. Commonly known as a top lane lane-bully, he is finding success in the middle lane and most curiously in the jungle. Jayce isn’t considered to be a viable blind pick because he has bad counter matchups and requires early leads. However, the most recent development of putting Jayce in the jungle means teams can bait out his counters and pick counters to them, while maintaining Jayce’s strong early presence.

Aatrox, despite losing a lot of his power due to nerfs, is still a common pick with some versatility. He is most known for being a lane bully like Jayce, but has seen play middle and in the jungle. Picking Aatrox early on may seem risky, but he can survive most match-ups and is a surprisingly good jungler.

These types of champion play a significant role in many team’s drafting strategies. Perhaps the most important aspect of the draft phase when these champions are involved is the confusion it can cause for the enemy team. These champions have identities associated with specific roles, but their versatility causes teams to doubt precisely where they are going. This can complicate their draft and make them hesitate to pick certain champions. If they don’t be careful, they could play right into their opponents hand and put themselves at a serious disadvantage.

But what are these disadvantages? The first one is easier to figure out. A flex pick will lead to a distinct disadvantage in lane if not responded to adequately. Professional players are able to use their lane advantages optimally and exploit their heavily favorable matchups to the fullest. This can lead to side lane advantages that teams will struggle to properly address in-game due to their own champions not being able to deal with the pressure. It could also result in major discrepancies in team comps, such as insufficient scaling or no winning lanes, which will give their opponents easy win conditions.

The second type of advantage is something less noticeable, but nonetheless important to the strategy. The team that utilizes flex pick(s) has the advantage of being familiar with their team composition and how it plays against other meta compositions. Their opponents, however, could be taken by surprise and be less familiar with how an unconventional composition operates. They will of course understand the basic idea of the composition. But they might not know how to properly shut it down to advance their own win condition. This is harder to see on stage but can be crucial for a team’s success if done right.

Pro Teams and their Place in the Meta

Clutch Gaming are one of the lowest ranking teams in the LCS but exemplify how flex picks can be utilized to the fullest. In their match against the Golden Guardians they drafted three different flex picks and definitely caused some confusion. Golden Guardians drafted a bottom lane Yasuo flex pick of their own, but Piglet’s Irelia smashed it in lane. Huni played Cassiopeia top, which was able to neutralize Hauntzer’s lane bully Kennen pick. Damonte’s Vladimir mid was able to survive against Froggen’s Viktor and scale up himself. All the while his team played through the bottom lane to pick up what looked like an easy victory.

G2 Esports likewise demonstrated how a surprise draft can result in a devastating win. In their first game of the split against Origen, G2 drafted a composition with excessive poke in the form of Jayce mid and Zoe bottom. These two were responsible for getting their enemies low, while their Urgot top and Karthus jungle could finish off low health targets from long distances. The composition was, and still is, unique and absolutely devastated Origen.

Draft advantage can be a deciding factor in games. The meta favors teams that can obtain a lead early on into the game and use it to secure mid game map pressure and ideally the Hand of Baron buff. Because of this, flex picks are crucial for many teams to draft in order to secure these early leads. This is especially true when said teams are able to utilize these picks to exploit more standard drafts. Team Liquid shows standard compositions are plenty strong, but flex picks can be used to help teams break through holes in their early games or create a massive split push advantage.