Riot Games organized a showdown between China’s LPL and Korea's LCK. Here's what we learned...

The recent Covid-19 pandemic recently robbed us of the annual Mid-Season Invitational. All hope for the intense international event between the Spring and Summer Splits seemed lost. Then at the last minute Riot Games came to the rescue and announced they would be hosting an event called the Mid-Season Streamathon. The event would feature various show and exhibition matches from all regions of the world, as well as a competitive tournament between China’s LPL and Korea’s LCK. Fan’s prayers were answered, they could once again watch high-level League of Legends during this trying time.

The top four teams from each region would play from their own arenas in Shanghai and Seoul respectively. This helped keep all players safe without having to travel. Additionally, the close proximity of the countries allowed the teams to play in a (relatively) low ping environment. The tournament consisted of a single round-robin Group stage, a Best of Five Semifinals, and a BO5 Finals. Participants from LCK included T1, Gen. G, DragonX, and Damwon Gaming. They were matched up against LPL contestants Top Esports, JD Gaming, FunPlus Phoenix, and Invictus Gaming.

The teams were separated into two groups and set to duel for a Prize Pool of $600,000 as well as bragging rights for the “best eastern team” headed into the second half of the 2020 season. The implications of this tournament were much more than money or titles, however. All who participate aspire to gain a huge confidence boost moving forward, gaining invaluable experience for the near future. The tournament kicked off with two groups, each consisting of two LPL and two LCK representatives battling for a spot in the Semifinals. Group A consisted of  LCK Spring Split champions T1, LPL Finalists Top Esports, reigning World Champions FunPlus Phoenix, as well as dark-horse Damwon Gaming. The first game matched up powerhouses T1 and FPX. T1 managed to take a decisive victory in just under twenty-eight minutes. An excellent start for the LCK. What ensued may leave Korean fans a bit sick to their stomach. Both LCK representatives only managed to put one win each on the board each. As a result, they finished at 1-2 in the group stage and failed to move on in the tournament. Both LPL teams in group A advanced.

This speaks volumes to how the methodical and calculated style that LCK brings to a game matches up to the LPL’s faced-paced “pedal to the metal” approach. To put it into perspective, during the 2020 Spring Split T1 Esports averaged 12.1 kills per game. Meanwhile, in the cutthroat LPL, Top Esports averaged a whopping 15.1 kills. Although this may seem like a small increase, when so many games are averaged in it actually makes a massive difference. Korean teams have worked hard to close this gap over the past few years. Despite that, this statline shows their work is far from finished.

Group B yielded slightly better results for the LCK, with both DragonX and Gen. G picking up two wins each in the group stage. This is partially thanks to the unfortunate downfall of 2018 World Champions Invictus Gaming. IG went winless in the group stage, sent home with their tail between their legs and much work to do for the upcoming split. A three-way tie was set between the two LCK teams and recent LPL champions JD Gaming. Tiebreakers ensued, and the LPL prevailed once again eliminating DragonX from the remainder of the tournament. The semi-finals were set with three LPL teams and a sole Korean representative remaining. Perhaps the most interesting part of the whole tournament was that Riot decided that they would spice up the action with a new rule. Traditional competitive League of Legends is played in a team draft style. Both teams take turns picking and banning champions in a way that ten unique champions are removed from the match, and an additional ten are chosen to be played. In this style, teams prioritize champions in different ways making the “pick-ban phase” one of the most important parts of the match.

It was decided however that in this tournament, the first match of all best of five series would be played as a “blind pick” game. No bans. No drafting. Just pick your champions without seeing your opponents, and load onto the rift. This allows for a rare occurrence where teams could unknowingly pick the same champions against each other and be forced into a mirror matchup, a true test of skill.

The final nail in the coffin for LCK occurred when Top Esports swept Gen. G. Despite the best efforts of star mid-laner Gwok “BDD” Bo-seong, who had very impressive individual performances throughout the tournament, the LCK fell. TES absolutely deconstructed Gen. G at all facets of the game. It is hard to talk about superstars without mentioning Top’s mid-laner Zhuo “knight” Ding. The mid-laner touted an insane K/D/A of 22-2-21 in the semifinals, taking over the game at many times. Top Esports moved on.

In the second semi, two LPL powerhouses clashed. In the end, FPX was victorious over JDG winning the series 3-1. Led by the super carry Kim “DoinB” Tae-sang, FPX continued their international dominance. “DoinB” has a very unique roaming playstyle that many players around the world attempt to recreate. He often plays champions like Nautilus and Ryze, which excel at moving to the side lanes to set up plays and empower his teammates. On top of this, he is renowned for his uncanny ability to time summoner spells for his team. This allows his team to take advantage of very slim windows and timings for fights. DoinB is truly one of a kind. FPX advanced to face their domestic rivals Top Esports in the finals. 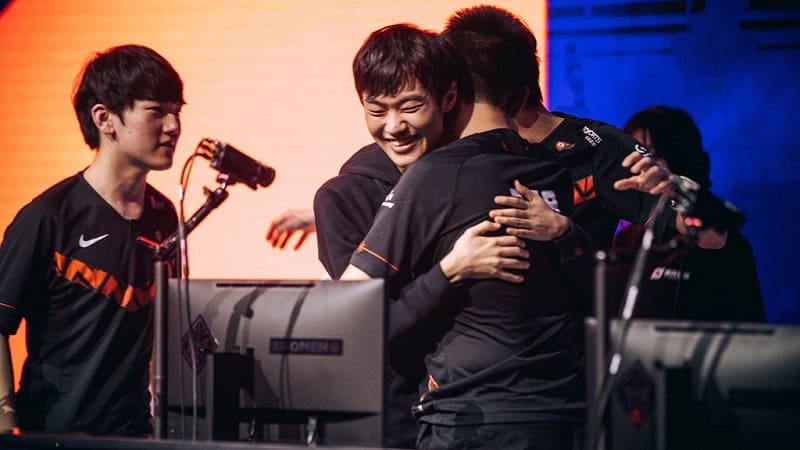 Fans may not be surprised to hear that an all-LPL final occurred in this tournament. Some may even say it was imminent. Over the past few years, we have seen a transition of power from the once omnipotent Korean’s. LPL representatives have claimed the last two World Championships. Their early game prowess goes unmatched even by the best the rest the world has to offer. Time and time again the LPL proves that they have an unwavering flow of talent.

In the final series, Top Esports took game 1, winning in a very dominant fashion. Their jungler Hung “Karsa” Hao-Hsuan provided a wealth of early-game pressure with his signature Lee-Sin pick. FPX then responded by taking Game 2 for themselves. FPX top laner Kim “Khan” Dong-ha managed to get early kills on his scaling Kayle pick.

From then on- it was all Top Esports. They took the next two games, working so well as a team to systematically beat down the reigning World Champs. Top Esports may have fallen short in the Spring LPL Finals, but they were able to regain glory and hoist the proverbial Mid-Season Cup. Moving forward fans should keep an eye on this team. Expect to see continual dominance both domestically and internationally by this squad of stars.

To speak to how important the early game is for this league, Varus had a 100% Pick/Ban rate in this tournament. Varus excels at the laning phase of the game, offering both excellent poke damage and utility. In the first game of the series between FPX and TES Varus was actually picked by both teams! This gave fans the opportunity to see the fabled mirror match in which Top Esports bot lane came out on top.

Furthermore, over the course of this tournament, the team which picked on the red side actually ended up winning 71.4% of their games. One of the biggest advantages of the red side is the ability to save your last pick for a counter pick. Counter-picking is the action drafting a champion that directly beats the champion they are matched up against in the laning phase. This proves even more how important it is for Chinese teams to gain an advantage early and often in their games.

It also can't be ignored that the LPL looks far ahead of Korea now. Though the LCK had its time at the top, the LPL has outperformed them for the past two years. The LPL is strong, and shows no signs of wavering, but it's never wise to count the LCK out.  Its been quite a shift of power and will be interesting to track during summer and the World Championship.

The Mid-Season Cup may be over, but all regions will be gearing up to start their respective Summer Splits in the month of June. Riot Games Mid-Season Streamathon was held to benefit all peoples affected by the recent Covid-19 pandemic. As of Sunday night, Riot Games has raised over half a million dollars towards their Social Impact fund. It is most commendable that they wish to help all those people around the world who have fallen on hard times during this international crisis. At the end of the day, we can all come together to support each other while doing what we do best- play League of Legends!