The Thunder's Roar is back with a vengeance.

Riot Games live-streamed a Volibear rework reveal, where they showcased the champion's new kit and looks. Throughout the stream, a background persisted with a snowy mountain background filled with sparks of lightning. At times, you could see a massive figure in the distance, rivaling the mountains themselves. It was, of course, none other than Volibear himself, who received an insane visual upgrade.

At the end of the broadcast, he finally made his appearance on this scene, towering over the Howling Abyss. At this point, he roars a might roar and rests in the middle of the Howling Abyss, which is a teaser to a new event. As a result, his entrance was befitting of a mighty bear-god warrior. 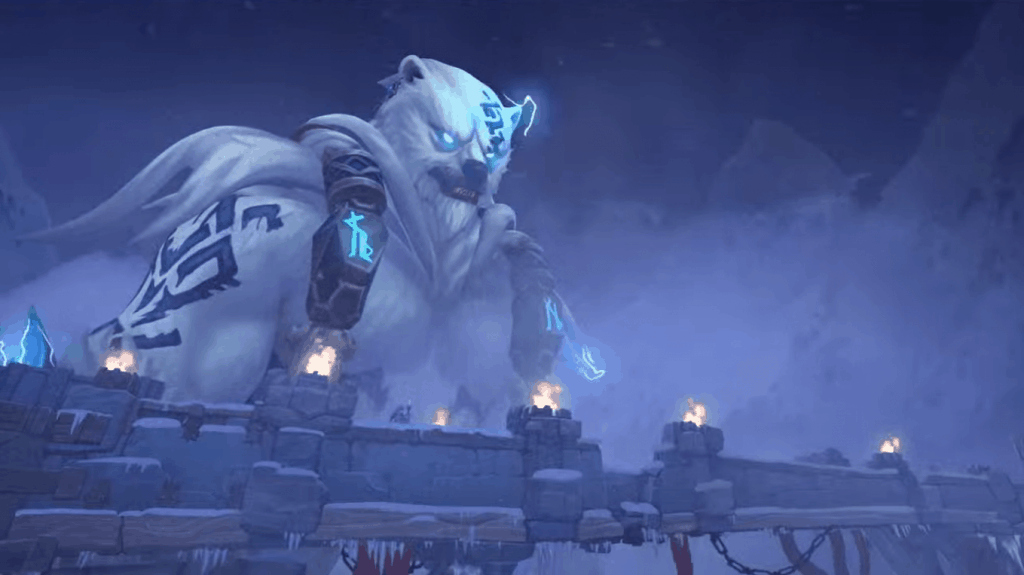 First off, his passive is similar to his current ultimate. After a few auto attacks, chain lightning jumps to nearby targets and does damage. It wasn't clear from the video but its possible it may be activated off of minions, which would make his wave and jungle clear quite strong.

Secondly, his Q is pretty similar to the live version. With it, Volibear runs at a target, but instead of flipping them over him he smashes them into the ground and stuns them. This will be his main tool for setting up plays like it is now.

Next up is his W. This now has two parts to it, a raking claw move and the iconic bite. The rake part is a small gap closer and applies a mark of some sort to the targeted enemy. The mark could be for extra damage. The bite is exactly like players know now, doing a ton of damage and acting as an execute.

Volibear's fourth ability, his E, is completely new. This ability places an AOE circle on the ground that looks like it does a bit of damage, but more importantly, gives Volibear a shield. Placed correctly, it can give the bear extra survivability to make plays happen.

Lastly is Volibear's ultimate (R). In all honesty, this ability looks devastating. Upon activation, Volibear jumps in the air and smashes the ground. He does damage all around him, with more damage being applied in the center. That's not all though. Any enemy towers in range also take damage from this and are disabled. It seems Riot missed Ohmwrecker so they decided to bring it back somewhat with Volibear. In addition, it empowers Volibear in some way, giving him a ton of bonus health, with perhaps other stats too.

Updated Visuals and a New Skin 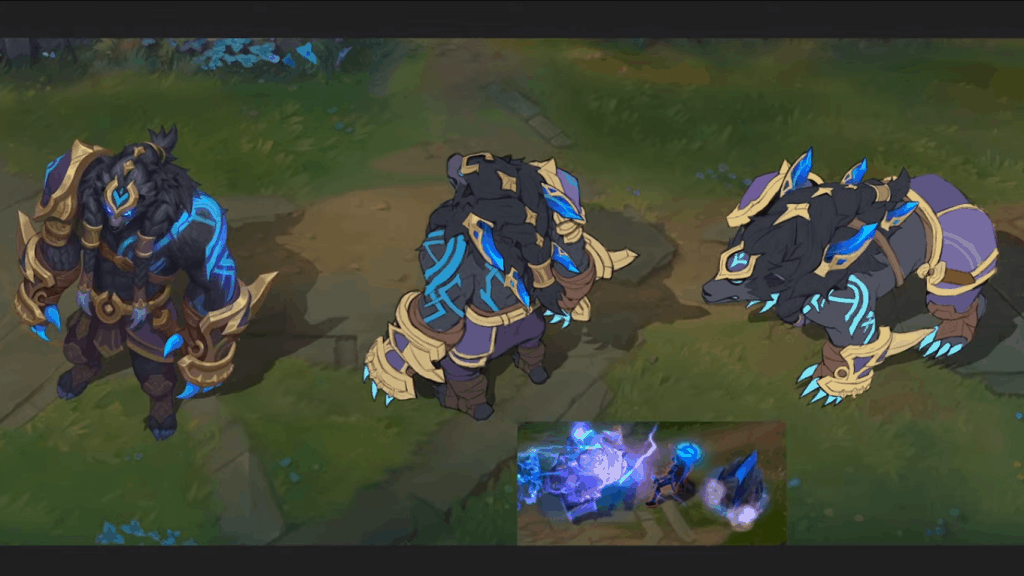 Of course, Volibear's new kit is great, but he also received a major visual update. Throughout the live-stream, they showed each of his skins and the updated versions. They all truly look magnificent and are worthy of the powerful Thunder's Roar. They all are quite unique and play off their themes very well. They're definitely worth checking out.

But that wasn't all Riot had in store. Near the end of the broadcast, a nightmarish new skin took the spotlight of viewers all around the world. This is his new skin, and though unnamed, is a menacing sight indeed. In it, Volibear is akin to some kind of shaman or something with a dark, supernatural theme. 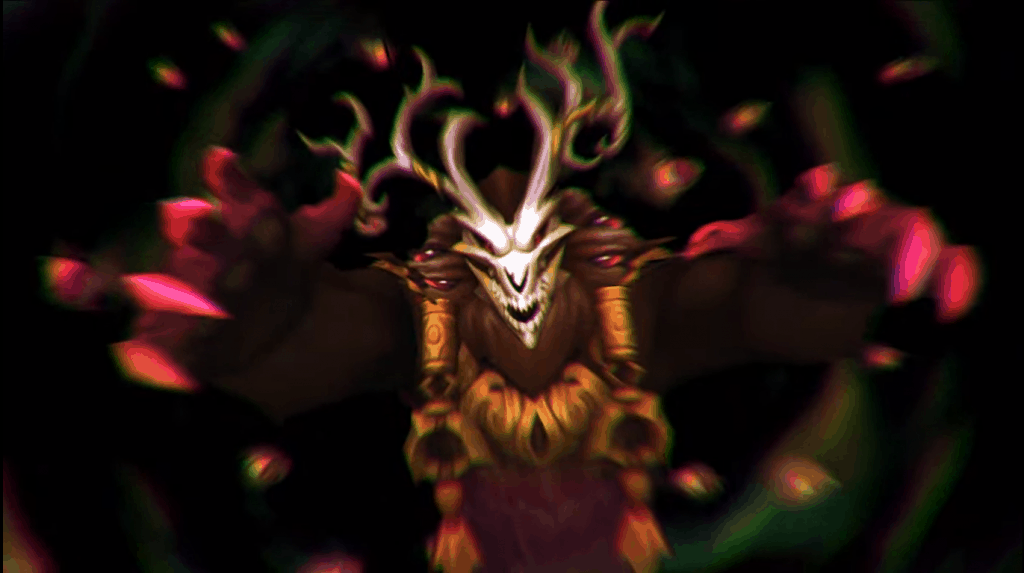 Overall, League of Legends players have a lot to look forward to with this rework. His kit has a lot of new aspects to it and will likely make him a powerful pick right out of the gate. If anything, it allows him to have more versatility in his kit and operate as a modern champion. For current Volibear players, he has a lot of similarities to his current version, which should make the transition relatively easy and rewarding. New players will enjoy him too for his strong, bruiser kit and awesome looks.

To end it all off, Riot posted a bunch of dates and different times for each region. This was to provide dates and times that Volibear will appear on Howling Abyss, as mentioned before. They are as follows:

Make sure to log on during these times and queue up for an ARAM to see it live. Other than that, prepare yourself for when Volibear finally hits the Rift, because he'll definitely make his presence known.