The last tournament these teams attended together - barring last year’s Play-Ins - had both teams making the quarterfinals (Season 3 Worlds). It’s ironic that despite being essentially relegated to an apparently lesser region, Gambit Esports are the ones with more of their roster from their glory days intact. And yet, their performances this tournament couldn’t be more different.

A revitalized Cloud9 come in off of a 4 win streak. Can they carry this through to snatch away that coveted spot at the group stages of the League of Legends World Championship 2018? Let’s jump right in and find out!

With their victories even accompanied by rumours and confirmations of their being disciplined by renowned Korean coach Reapered for not being decisive enough in their victories, Cloud9 look as determined as ever to be the team NA as a region can rely on to at least show up. Potential early game questions aside, their late-game play looks stronger than ever - even without veteran jungler Svenskeren playing.

Gambit, on the other hand, look disjointed, to say the very least. The aforementioned veterans from their days in the sun look uncomfortable - former King of the Jungle Diamondprox still continues to go for aggressive plays without a team to back him up; legendary support player Edward looks out-of-sorts even (especially?) on his signature Thresh pick.

Fortunately for Gambit, they had Latin America South’s Kaos Latin Gamers in their group; one of the weakest teams in the tournament, even the two wins the Russian Superteam managed to pick up didn’t look as decisive as fans perhaps would have hoped. Thorough dismantling by Taiwan’s G-Rex really put things in perspective for GMB and analysts alike, indicating that a complete step up in their level of play is required in order to make the series versus C9 to be anything other than a clean sweep for the North American sensation. Whilst KLG certainly didn’t accomplish much with Urgot, Kindred, Akali, Kai’sa, and Braum being given over to them in draft - five of the strongest meta picks right now - Cloud9 will be a different beast altogether.

Let’s see how these teams can triumph over each other, and which players look to have a shoulder up over their counterparts. Will GMB draft in a fashion that takes advantage of rookie jungler Blaber, forcing Svenskeren in later in the series for a hopeful recovery? Or will Cloud9 secure anything and everything under the sun in one fell 3-0 swoop? Saturday will give the definitive answer, but please, without further ado, allow me to give you some sort of a hypothesis about the matter.

Note: I do not expect GMB to field substitute jungler Seigimitsu, as Diamond is the face of the team and their main playmaker.

A rookie who has pleasantly surprised analysts and fans alike with his confident play on tanks and carries alike, versus the former jungler of the Albus NoX Luna team that played spoiler to both CLG and G2 in Season 6.

Their pasts couldn’t be more different, and unfortunately for Gambit fans neither could their performances in this tournament so far.

Licorice has looked like Cloud9’s strongest player, showing that he deserved the Rookie of the Split award he received back in NALCS Spring, and the phenomenal amount of growth we’ve seen from him in the past four months alone cannot be underestimated. He looked decidedly average in Spring, borderline uninspiring at times, but was rarely the cause of C9’s losses. Still, the decision to never substitute him out while the rest of the C9 roster was getting shuffled around left and right drew some ire from fans of NA’s dream team. Until he silenced them all across the board.

Whether applying sidelane pressure constantly on his Fiora, Urgot, and Aatrox picks, or winning teamfights and isolating carries thanks to intelligent Hecarim and Poppy play, Licorice smashed his way through the Regional Qualifier and through the group stages of Play Ins. He adapts to playing with either of his junglers and I think consensus across the board is that he will be a driving factor in what will presumably be a very much won top side of the map for Cloud9. 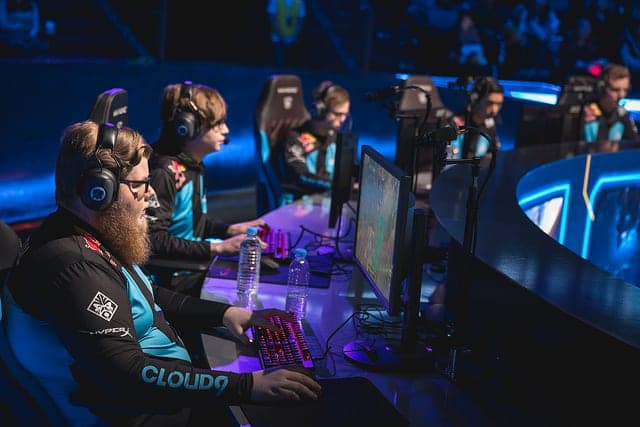 I admire Stejos for his tenacity, with his tendency towards looking for fights and openings even when behind, but his performances this tournament have been questionable at best. A highlight (lowlight?) would be when Gambit were behind versus G-Rex, doing as good a job as they could to hold on and stall out the game to a point from which Lodik could comfortably carry, but their ram-god in the toplane decided to Ornn Ultimate engage at the worst possible moment three times in a row. Whether a team call each time, or just sheer resignation to the fact that they had been outclassed by Taiwan’s oft-overlooked third seed in every lane, the decision making we have seen Stejos make so far hasn’t been spectacular.

If Stejos is to match up against Licorice, who has been playing better than ever, he is going to have to play from an awkward stance - not so aggressive that he is punished by the very much in-form C9 toplaner, but not so passive that he allows himself and the more aggressive members of his team (Diamond, Kira) to just be walked over.

We discussed before the differences between a C9 rookie and a GMB veteran, but the discrepancy doesn’t get any bigger than this - a rookie jungler that has yet to play in an international tournament versus one of the most storied players in League of Legends history.

Blaber is famous for his Kindred play alongside Jensen’s Zilean. Diamond is famous for having reinvented how the jungle role was to be played - counterjungling as a whole being attributed to the franchise player of GMB and his vintage Lee Sin, Shyvana, and Evelynn plays.

However, a lot has changed since then, and Diamond looks almost a shadow of his former self - how much of that is the fault of a lacklustre team we may never know, but his individual performances haven’t been as game-changing as they used to. His early aggression is still omnipresent, as is his intelligent pathing, but there is only so much you can do for a team when the other two playmakers that you expect to facilitate you are borderline feeding.

Blaber looked inconsistent in C9’s initially shaky victory versus DFM; even on his signature Kindred, he was a magnet for Urgot ultimates and pretty much made any fight a 4v5 in favour of the LJL representatives.

GMB will want to take full advantage of this rookie’s faltering and over aggression if they are to win, because the rest of this C9 roster are showing up in full force. Of course, to be able to exploit Blaber in the first place, Diamond will have to rely on his solo laners to give him enough priority and agency to freely punish and move around the map.

And even if they do manage to tilt Blaber, there’s no accounting for Svenskeren being as much of a pushover - the EU LCS reunion and rematch between these two aggressive giants couldn’t come at a more  crucial moment.

Formerly the carries of their respective teams, we’ve seen Galio and Malzahar be repeated picks for both of these figures so central to their teams’ past successes.

Without GoldenGlue available as an alternate this tournament for this Cloud9 lineup, all eyes are on the Danish superstar in the midlane to erase any doubts his critics throughout the season may have had of him. Consistency is key for Jensen here, given his occasional habit of choking in very important matches - the infamous Ekko ultimate / lackthereof in that final versus TSM springs to mind - as this time he doesn’t have the blonde wonderboy to bail him out.

Speaking of being bailed out, Kira could’ve used a helping hand during the group stages of this tournament - a thorough dismantling by G-Rex’s Candy really put a damper on any hype the repeated Worlds qualifier had behind him. Draft doesn’t particularly help - short ranged champions will typically struggle into Syndra - but Kira is no longer the reliable carry threat he once was, a sentiment shared with a good portion of the Gambit lineup.

You know, for a rookie, Zeyzal has had a better international performance this tournament than most NA veterans have had at any point in their career. I would say that one could expect Thresh to be a hotly contested pick between himself and Edward - but, given the fact that their performances have been night and day on the champion, I actually think it wouldn’t be a far cry for Gambit to ban the Chain Warden entirely. 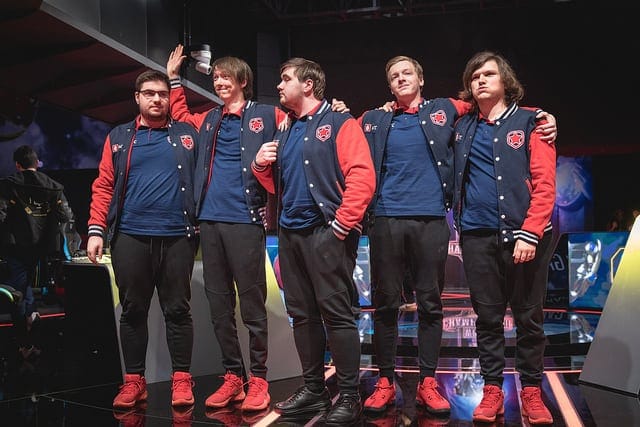 Edward has looked uncomfortable this tournament, and is directly responsible alongside Stejos for a majority of GMB’s most questionable engages. If Gambit are to stand a fighting chance against C9 and Zeyzal’s beard, Edward is going to have to channel his inner GosuPepper (his Summoner Name in Season 2 when he was considered a top 3 support in the World) and simply perform at the level a veteran of his caliber is expected to.

Speaking of uncomfortable, Lodik looks anything but - his prowess in lane and his positioning in teamfights both led to an almost-comeback versus G-Rex. However, when your team (and especially support) are picking poor engages (such as when you don’t have QSS up versus a Skarner as the only threat on your team) there’s only so much you can do.

Sneaky has a much better - or at least much more coordinated - team around him, and the Cloud9 veteran AD carry looks to be in prime form across an array of champions. Whatever role is required of him he is more than comfortable filling, and the Cloud9 botlane together are both used to neutralizing aggressive threats and punishing mistakes hand-in-hand.

Short of Diamond really exposing Blaber and everyone bar Lodik stepping up, this looks to be a clean sweep for the boys in black and blue.

As the individual that tends to dictate the pace of the game for his team, GMB and C9 fans alike will want to keep an eye on Diamond and his explosively aggressive play-style. Whether or not this succeeds will depend on how well his laners play and facilitate his invades - but a surging Licorice that looks nigh unstoppable could take over the toplane, and the game, before GMB have a chance to do anything.