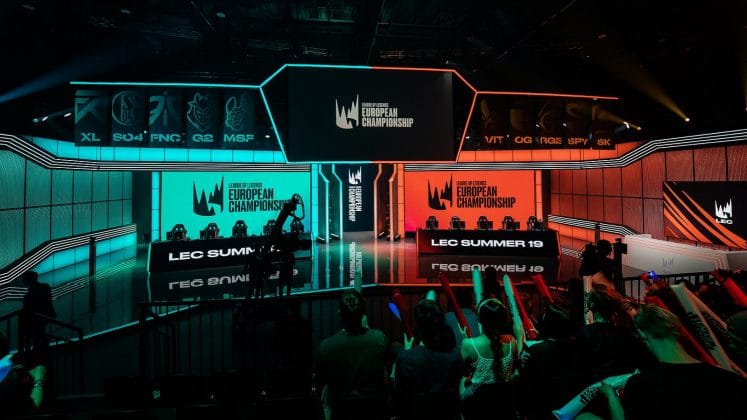 The League of Legends European Championship is set to begin in a mere day With a little time left, its time to look at all ten teams and predict who's hot, who's not, and how the Spring Split may unfold! 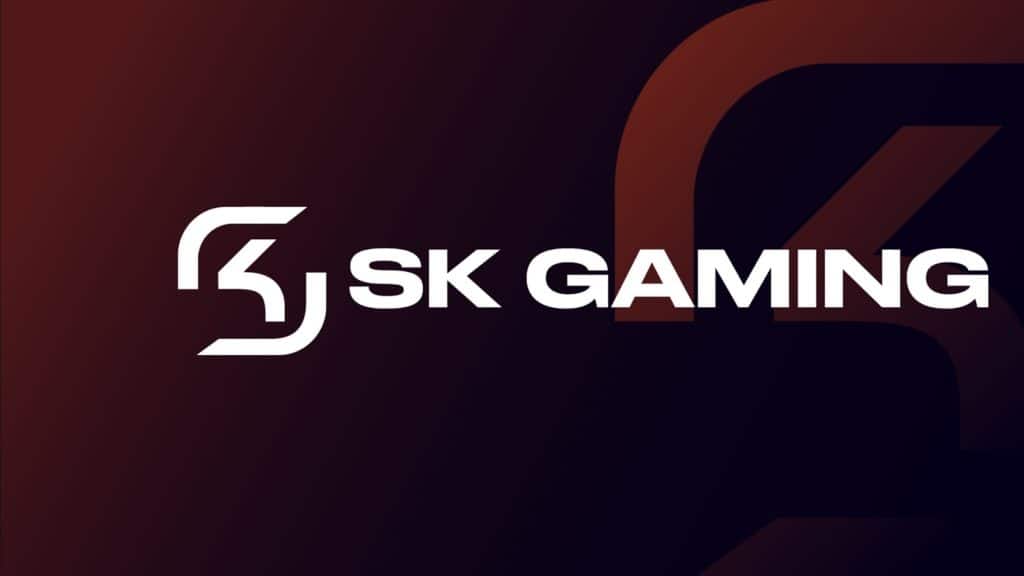 SK Gaming was one of the “new” names to join the LEC when it began life as a franchised league in 2019. The team is one of the most well-known names in European League of Legends and their return was met with considerable hype.

The season ended in relative disappointment with the team unable to improve on its 6th place Spring finish as they ended Summer in 7th. The team has made two changes going into 2020, with jungler Trick and support LiMiT joining the team. The team also added a new coach in Unlimited

Sadly, someone has to come last when it comes to a tier list and while SK Gaming can prove us wrong, they ultimately look like the weakest team as we head into the 2020 split. 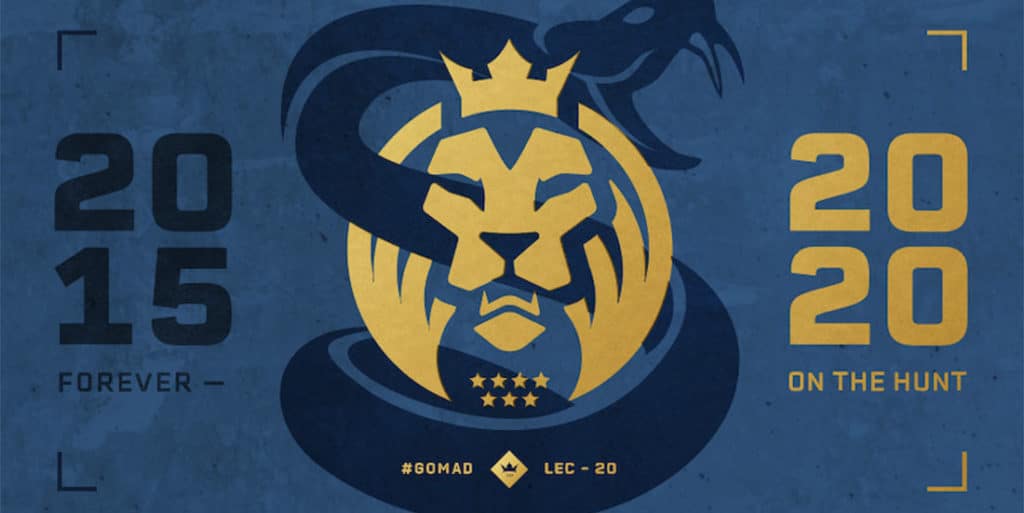 Mad Lions, formally known as Splyce had a great 2019. The highlight of which was when the side made a surprise appearance in the knockout stages of Worlds, after almost every commentator, even those in the EU ruled them out of progressing. While the side failed to get past the first knockout stage, Mad Lions will look to take what they’ve learned from 2019 and build upon it with a nearly completely fresh roster for 2020.

While the team is new and looks set to takes it mad Spanish fanbase into 2020 with them, Mad Lions look on paper to disappoint. Humanoid will look to be a focal point in the mid lad but some of the new faces will need time to adapt to the LEC. If, however, those new players hit the ground running then Mad Lions could very quickly find themselves an established side in the LEC and have a really good run at the Summer Split. 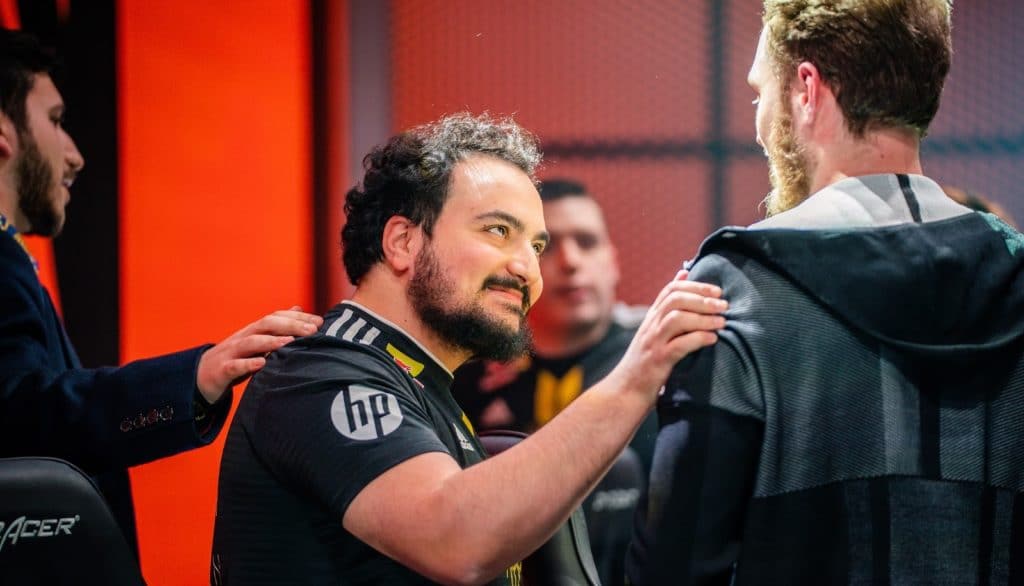 Team Vitality will probably feel that 2019 was a disappointment. After finishing the Spring Split in 5th place they ended the Summer Split in 6th, having not really improved. With young talent like Jiizuke expected to shine, the team failed to make the most of its hype. Going into 2020 the team has changed a number of roles with jungle, mid and ADC being replaced and long-serving Swedish coach YamatoCannon being replaced by Duke.

Team Vitality really disappointed in 2019, failing to really live up to their full potential. Instead, the team ended both Splits in the middle of the table and 2020 might not see much improvement. While 2019 saw mid laner Jiizuke fail to carry the side, he’s now left for the LCS and Team Vitality look a weaker side than 2019 and the loss of YamatoCannon certainly makes the team lose some of its personality on stage. 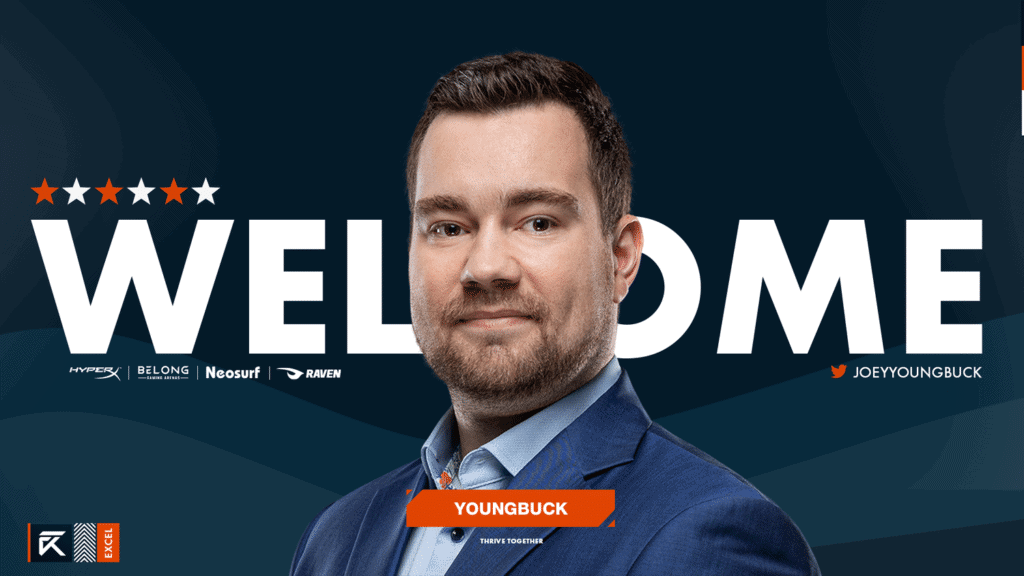 Excel Esports was not only a surprise addition to the LEC but a complete out of left-field pick. Excel is a UK organization that surprised everyone when it joined the LEC back in 2019. Once the honeymoon was over, however, the reality of what the LEC was like hit home. Excel ended with a 9th and 10th place finish with a number of roster moves that failed to save the team’s Split.

Heading into 2020 Excel picked up a new bot lane pair of Tore and Patrik while also signing former G2 and Fnatic coach YoungBuck to the roster. While it’s too early to say what 2020 will bring, Excel did beat fellow LEC side Misfits Gaming in the Excel run Neosurf Cup. The changes should see Excel head into the new season a stronger side with the hope of the UK resting on its shoulders.

Excel Esports will certainly improve in 2020, that much is safe to say. While my biased UK heart wants to see Excel Esports achieve the ultimate glory in 2020, 7th place seems like a likely place for the team and will see them make a vast improvement on 2019. The team certainly has the potential to improve into Summer, much like any team in the early entries. None of these rosters are bad, just completely unproven at this level. 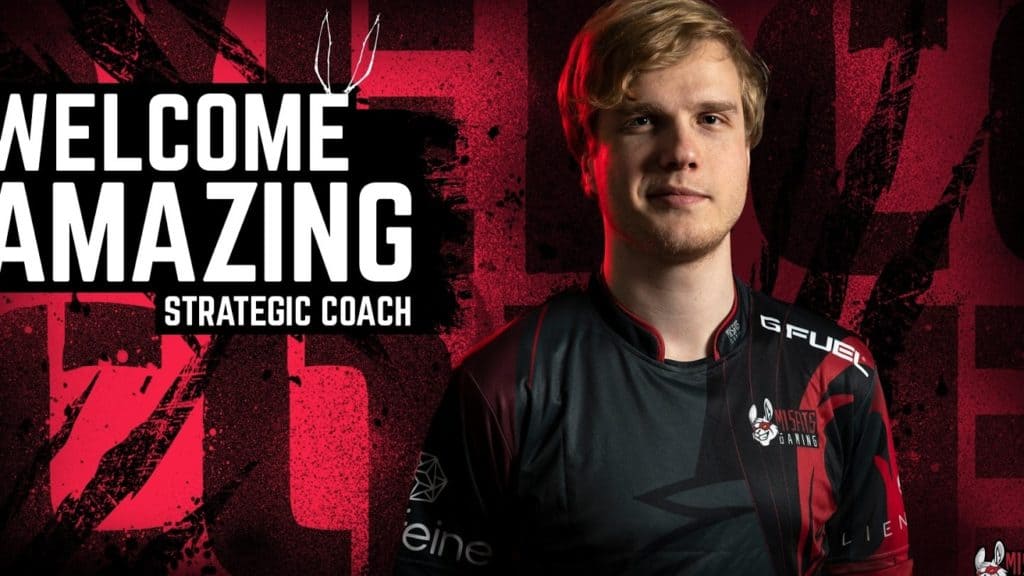 If ever the term “super team” was used to describe a side in the 2019 it was Misifts Gaming’s LEC side. The team had 8th and 9th place finishes in the LEC in 2019 with one of the most hyped rosters of the year. Going into 2020 Misfits has made changes to jungle, mid, ADC, support and coach with sub top laner Dan Dan replacing sOAZ as starter. So 2020 will see a completely new Misfits Gaming side, with slightly less hype but just as much expectation to succeed.

With expectation firmly in place for the 2020 LEC season Misfits Gaming looks like a true middle-of-the-pack. You could easily see them falling or rising, it’s all going to depend on how they sync up and how quickly they adapt. The mid lane is also going to be a fascinating battle, with Ronaldooo and Febiven both officially playing mid, Misifits could quickly pivot if things don’t work out. 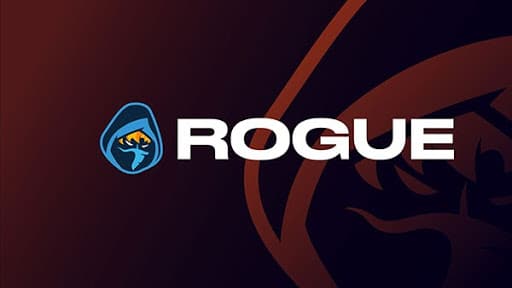 Rogue is the side that saw the biggest improvement from Spring to Summer, going for a 2-16 10th place finish to ending the Summer split 7-11 before falling to FC Schalke in the playoffs. The team has made just the one change going into the 2020 LEC split with ADC Woolite being replaced by Hans Sama. The team will look to build on 2019 and have another strong season in the LEC.

It looks like we could see a resurgent Rogue in 2020, the side from the Summer Split is here and improved. Rogue could easily surprise people in the Spring Split and could put in a real challenge to some of the more established sides in the League. A key area for the side will come from the sides Swedish mid laner, Larssen. Appearing in the latter half of 2019 due to School commitments, Larssen has had fans for a number of year’s and 2020 could be the year he becomes yet another top EU mid. 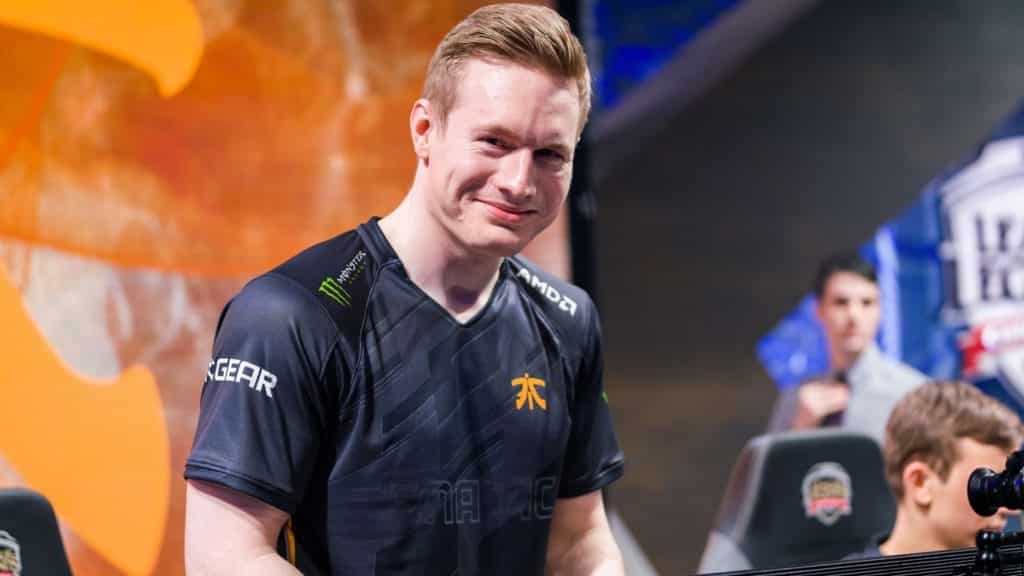 Fnatic ended 2019 with a great, if not surprising showing at Worlds and two solid runs at the LEC title. Fnatic was always going to make some changes to the roster, though Broxah leaving to be replaced by Selfmade maybe wasn’t what people expected. They will really need to challenge in 2020 with a Split title surely expected of the roster.

The loss of Broxah is going to have a massive impact on Fnatic, while Selfmade is a great player and will no doubt be a great addition to the side, Broxah always looked like the captain and calming face of the side. He’s move to Team Liquid and the loss of coach YoungBuck Fnatic will need to hit the ground running in Spring if they want to have any attempt at knocking G2 Esports off their spot (spoilers for the number 1 spot) 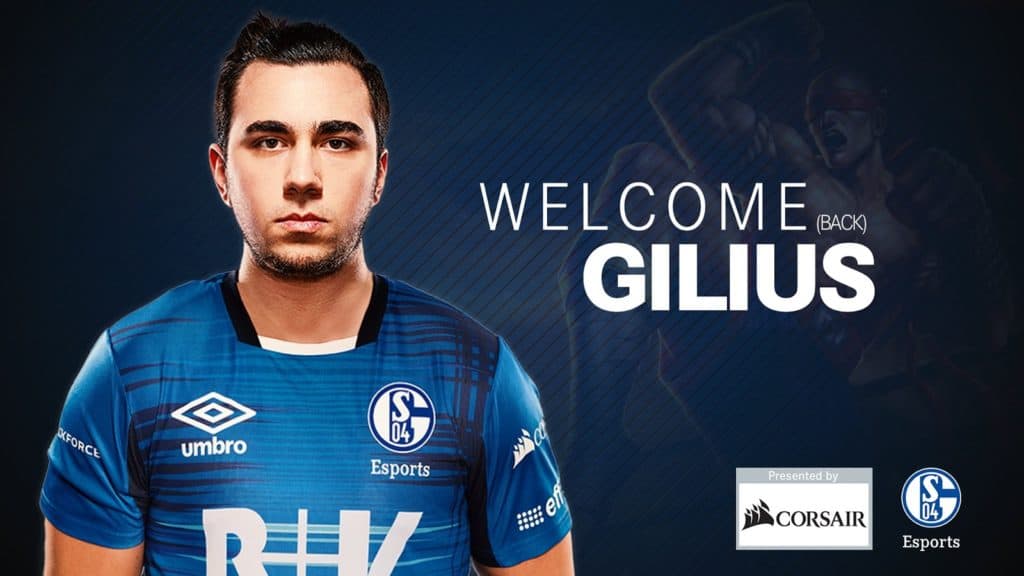 FC Schalke finished the 2019 Summer Split in fourth place, while not a disappointing finish missing out on Worlds is always a tough pill to swallow, especially when you’re one match away. Making changes to its jungle and bot lane, FC Schalke will look to make gains in 2020 and with veteran ADC FORG1VEN on the roster, hopes are high.

Schalke are going to be good in 2020, FORG1VEN’s return alone has left fans believing that this roster will see the side move from a good side to a great one. Spring Split will give us a good look at the side’s new bot lane as they then look to focus their attention on Summer and Worlds. With that said, Spring Split won’t be just a learning experience for Schalke, don’t be surprised to see them at the Spring Split Finals and maybe cause a shock. 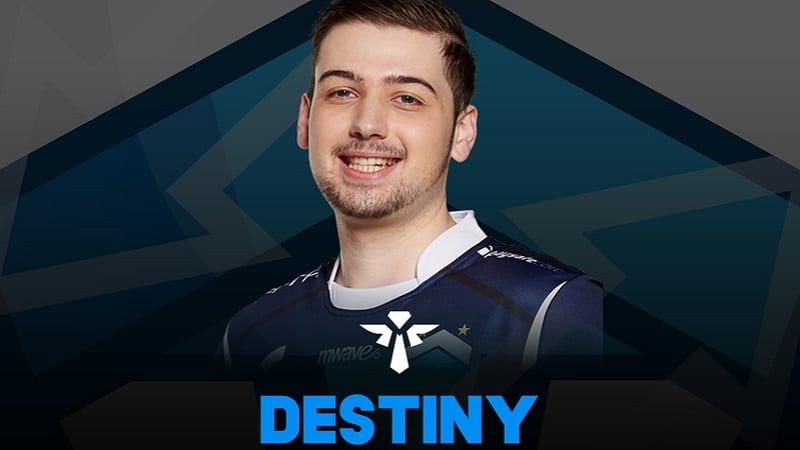 It’s hard to deny that when Origen announced it would be returning to LoL it was greeted with considerable hype. With EU legends xPeke and Deficio involved in the organization and a stacked roster to boot, Origen looked set to dominate.

2019 started well, ended the Spring split in second having lost to G2 Esports in the Playoff Finals, it all sort of fell apart in the Summer, however. A regular-season 8th place left fans disappointed, the side did recover in the regional playoffs missing out on Worlds by one match. With changes to jungle, ADC and support ahead of 2020 Origen will be looking to bounce back.

2020, however, is when I think Origen will come good and we’ll see the 2019 hype finally pay off. Origen will be the side to challenge G2 Esports in Spring and heading into Summer will likely be one of the sides to watch at Worlds. Providing the hype isn’t just another letdown… but that won’t happen. 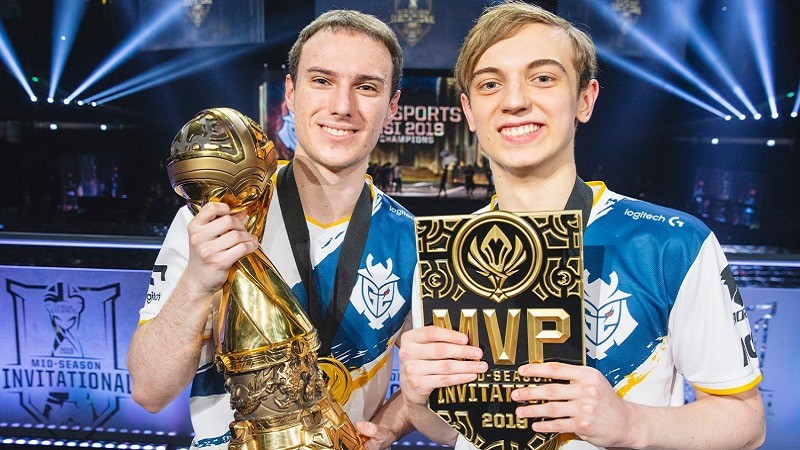 G2 Esports was dominant in 2019, from winning both LEC splits to taking home the MSI title. With the side falling just short of a World's title the 2020 roster has, unsurprisingly stayed the same. The only slight adjustments come in the form of a new sub with P1noy joining the side and the current mid/ADC change that will see Caps & Perkz sharing the role, we think.

There really isn’t much you can say about G2 Esports. They moved Perkz to ADC so they could sign Caps. A year later, two LEC titles an MSI title and World's final appearance they’ve decided to move Perkz back to mid lane and put Caps to ADC. So yeah, G2 Esports is the best Western League of Legends side and providing they don’t meme on stage (Again) they could easily go unbeaten across both Splits.