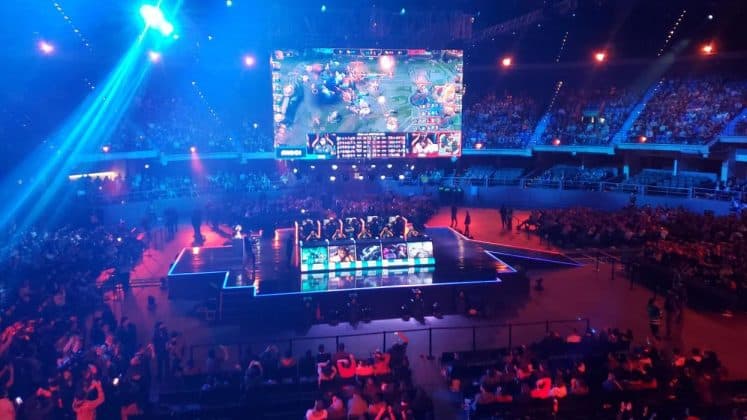 We got the chance to sit down with Raul Fernandez, General Manager for Riot Games Latin America. We were curious at what Riot wanted to do with some of the minor regions moving forward and how they looked to improve a region such as LAN and LAS.

ESTNN: We are aware that Latin America is a tricky region to try to focus on as it is split into two subregions (Latin America North and Latin America South). What is Riot Games attempting to do to help minor regions increase their level of play to go against some of the bigger regions like NA, EU, LCK, and LPL?

Raul Fernandez: The first step to help the region is the implementation of regional leagues. Many of the players that are now professional players started as amateurs and were then thrown into the professional scene. We want to help by having an in-between step to help talent get accustomed to the life of a pro player. This first step has been possible with us partnering with the LVP who is responsible for the Spanish National League that can be considered one of the best in Europe. It is important for us to partner with an organization that have already proven their knowledge of building a league that will also help the organizations that join them.

ESTNN: What are ways that the partnership with the LVP has helped?

Raul Fernandez: Well [the LVP] has helped not just players but also has helped organizations to find a path towards professionalism. It is something that extends from just developing players; it's also developing an entire ecosystem such as helping bring new coaches, new analysts, new sports psychologists, and new production crews. We in conjunction with the LVP are advising these organizations; we want these new national organizations to become incubators for new talents for when our current talent retires or migrate to other leagues, such as Tierwulf and WhiteLotus. We want these new open spaces to be filled by our rising talent instead of importing players and staff to fill that role.

Raul Fernandez: The problem with an event such as Rift Rivals is the fact that it occurs during the middle of the split. This was a problem for the teams that qualified as they had to travel to the event and then reset their mindset from one week to the next. We are currently looking to find a time during the competitive year that it would make the most sense to make this event happen. We are also looking to let teams, during their free time, have the liberty to chose to go to places such as Korea or China to play against teams there, while not tying their schedule during the competitive periods of the year. It makes no sense to us to force teams to play in these show matches in a small studio, while still needing to focus on their splits.

ESTNN: Something to note is that the LLA has one of the smaller leagues in the world, is that right?

Raul Fernandez: That is partially correct; Japan, some Southeast Asia leagues, and Oceanic have the same number of teams as the LLA, but we are at the lowest with eight teams.

ESTNN: We know the decision to have this number was because RIot wanted to bring the best teams from both LAN and LAS, this would be to bring up the level in the league. Has Riot considered the possibility of raising the number of teams even if it is by two, to match some of the major regions?

Raul Fernandez: Yeah, of course! We wanted to start by focusing on the ecosystem, prior to the uniting both the LLN and CLS, we saw that the disparity between the best, and worst teams was too large and made the games boring to watch. That is why we chose a lesser number of teams that were more readily prepared to join the league. We saw the top four teams separated by one or two games and also gave us some of the closest semifinals we have seen. Even though we saw Isurus take a more one-sided victory in the finals, we still had an overall more competitive league. I believe that once the ecosystem is fully fledged out is when we can start looking at a possible expansion. We definitely can't say with certainty when that will happen, but we can be open to it if things keep working well for us.

ESTNN: We know players use their own time to practice using Solo Queue, but many had to change servers due to the integration of both Latin American leagues. There are sometimes issues with the Latin American servers, and that affected many of the incoming players, what are some fixes that Riot would want to implement to help players?

Raul Fernandez: Sadly, geography is something that works against us, regardless many of our pro players are currently using the Brazil server that has a larger player base. This is something that the guys from the LLN would do with NA. It is about adapting, and that does not mean that one of our priorities is to help fix connectivity issues throughout the region, and we want to improve interactions of players from different geographical locations; sadly technological advances are still needed to help us with that. We are also currently working on a project that will improve connectivity for Latin America North, that will improve interactions between players from LAS and LAN, as well as players from NA.