After a week break, due to the Lunar New Year, we come back with another segment of Games to Watch. With many LCK and LPL teams looking to come back and prove they are the best in the world. We still have LCS and LEC games that can be worth a watch going into the halfway point of the split.

We start the week with a rematch of the 2017 LCK Summer Finals. Granted, both of these teams have undergone massive roster changes since. We see a battle for 3rd place as SKT looks to prove that they are still one of the better teams of the LCK. Kingzone had a slow start to the season but have now accomplished a four-series win streak. Mata will be facing his old Bot lane duo Deft. Faker will be facing his old nemesis Pawn, in a game that strives to be an explosive series for 3rd.

For our next match of the LCK, we see a rematch of last summer's Split finals when Griffin goes up against, a struggling, KT Rolster. Griffin is looking to continue their LCK speedrun, and hope to get revenge on one of the teams that denied them a seat at Worlds. After the KT super team disbanded, it was clear that Griffin would be the team to beat. Not many expected KT to look as bad as they have, however. This can be a statement game for KT to show that they can still be a dominating force in the LCK. Griffin, on the other hand, hopes to remain undefeated and slay another of the "old guard" teams.

The LPL has given us an array of surprising matches so far. This week we want to focus on one of the classic matchups, however. RNG and EDG might be some of the most famous teams for fans around the world. These two teams have a long history on the international stage. Sadly, neither of these teams have accomplished strong Worlds performances. This will be an intense battle for two teams that are still trying to get their footing into a competitive LPL season. This will be a fun match to watch, given the history of both teams. ADC for RNG, UZI, is still said to be inactive but we patiently await his return.

During the first couple of weeks of the LEC, we were awaiting the matchup between two of the hottest teams in the league. This week we finally get to see Misfits vs. G2 Esports. The main issue with this match come week five is that t are no longer the two hottest teams. Misfits have been struggling in the past few weeks. G2 still looks like the undisputed best team in Europe. We hope that Misfits can show their early split form, and prove to everyone that they can be one of the best teams. The big matchup to see is going to be in the mid lane when Caps faces Febiven. So far Caps has the advantage of three games to two and hopes to extend his lead.

For one of the most important matches of the week, we see the rematch between SK Gaming and Fnatic. Both of these teams have gone through a tough first eight games. With the start of the second split officially starting this week, we look to see if either of these teams can put a performance worthy of playoff contention. Fnatic seems to have a lot more on the line as they look to be the ones to improve and show that they are not the same team from the first game of the season.

FlyQuest fell 0-2 in week three of the LCS and are looking to bounce back against a resurging 100 Thieves side. FlyQuest will start getting worried if they drop yet another game in a row as that could prove to be a momentum shift in a tight race for playoff contention. 100 Thieves have shown the fans that they can be much better than what the fans saw from the opening two weeks. This is a crucial game for both sides as it can determine an essential time in the split that could make or break them.

Team Liquid versus TSM is the rivalry that everyone is waiting for to flourish. Ever since Doublelift left the TSM squad, however, the rivalry has been extremely one-sided in TL's favor. With both teams displaying new rosters we hope that this can what is needed to rekindle the rivalry. TSM is currently tied in tenth place after falling 0-2 last week. Yet, they hope to show they can still compete against the top teams and spoil the undefeated Team Liquid season.

What games are you looking forward to the most? Let us know via Twitter.

Image via: Esports BC 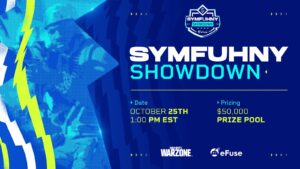