Faker, the Best Esports Player of the Decade The 2010-2019 decade has been monumental for esports. Throughout this time, many games have experienced a boom, but none more so than League of Legends. What started as a small indie game quickly blossomed into the most played online game in the world with a massive esports scene. Along with this, legends of their own have arisen to conquer Summoner's Rift.

There is no lack of fantastic LoL pro players. They exist in every region and are icons for players everywhere. But there are none more legendary than Lee “Faker” Sang-hyeok, the indisputable best player League of Legends has ever seen. He has a long track record of incredible success, and despite having periods of struggle, he's always performed at the absolute highest level.

The Rise to Fame 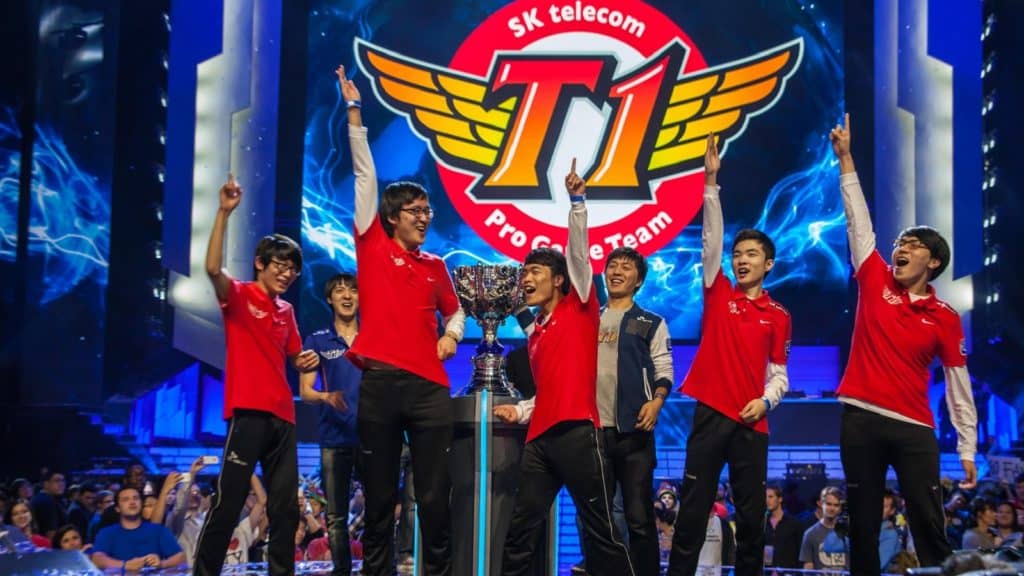 Faker started his pro career in Season Three, as he was recruited to SK Telecom T1 straight out of solo queue. He, along with other to-be huge names like Bengi, Impact and Piglet, instantly dominated the scene. They placed third in their first tournament, the OLYMPUS Champions Spring 2013, where after his debut appearance Faker was already in the conversation for best mid laner in the world. From here, Faker and SKT destroyed the Korean scene and secured their spot at the World Championship. Here, their success only grew. The team went 15-3 throughout the entire tournament and claimed the title of World Champions.

Winning the World Championship even once is an extraordinary accomplishment, but Faker wasn't even close to being finished. Though he didn't attend Worlds in 2014, he came back in 2015 with renewed vigor. At this point, SKT finished second in the LCK Spring Split and first in the Summer Split to claim their Worlds spot yet again. In typical Faker fashion, he crushed his competition. Once more he made his way to the top to become a two-time World Champion.

With such a pedigree, it was hard to see anyone beating the Unkillable Demon King in 2016. And those with that perception would be proved correct. Faker and SKT's rampage continued well into Season Six, where they struggled a bit in the Summer Split, but did manage to snag a spot in Worlds. Once again, Faker and his crew were indomitable as they cut teams down left and right to claim a third World Championship title for Faker and the SKT organization.

Throughout this era, Faker was heralded as the unquestionable best mid laner and overall player in the world. It seemed no one could touch him, but this time would not last forever.

The Fall of Faker 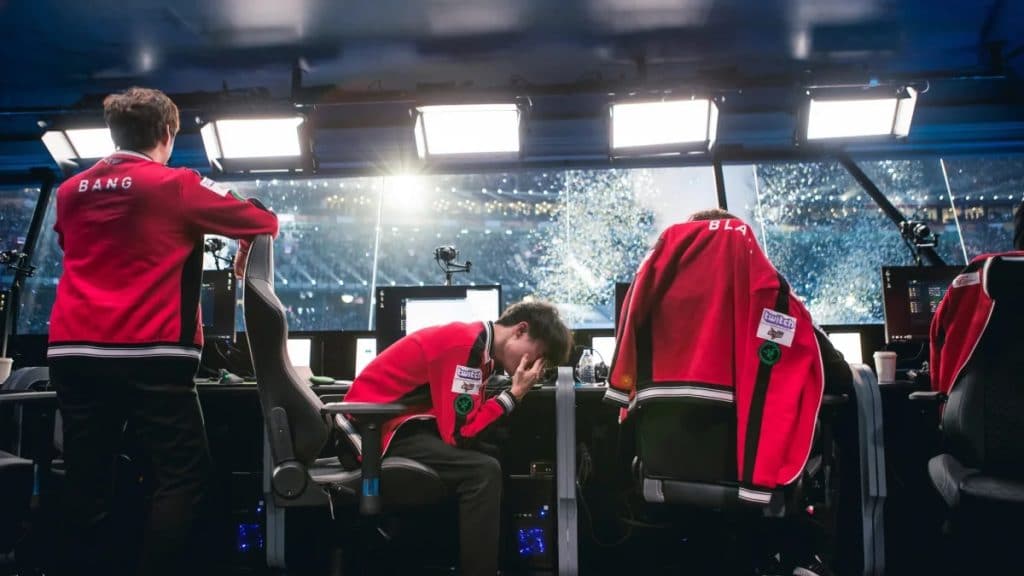 After back-to-back World Championship victories, no one could've predicted how 2017 would go for SKT. At first, it unfolded as expected, as SKT won the LCK Spring Split and placed second in Summer. Of course, Faker and SKT made their way to Worlds and had a great tournament run all the way to the Finals. But it would be here, at the 2017 World Championship Finals, that Faker would be crushed. In their best-of-five series against Samsung Galaxy, they were utterly destroyed. In fact, SKT failed to take one game off of SSG and relinquished the title of World Champions to them. It was a massive upset and, as many will recall, a very emotional moment for Faker himself.

This moment represented a shift for Faker and SKT. This was evident, as in 2018, SKT experienced an extremely low period. Their Spring Split wasn't awful, as the team finished in fourth place, but the Summer Split was atrocious. Here, SKT finished in seventh place and far away from reaching playoffs, and more importantly, the 2018 World Championship.

It was during this time, too, that Faker was benched. Mid laner Choi “Pirean” Jun-sik took his place as mid laner for a while, which was a change that was controversial across the globe. Its debatable whether or not Faker should be held at fault for his team's performance, but it was clear something needed to change with the team at this time. Regardless, Faker was at the lowest moment in his career and wasn't trusted by his team to be the rock he previously was. Moving towards 2019, it was difficult to tell what Faker's future would be. 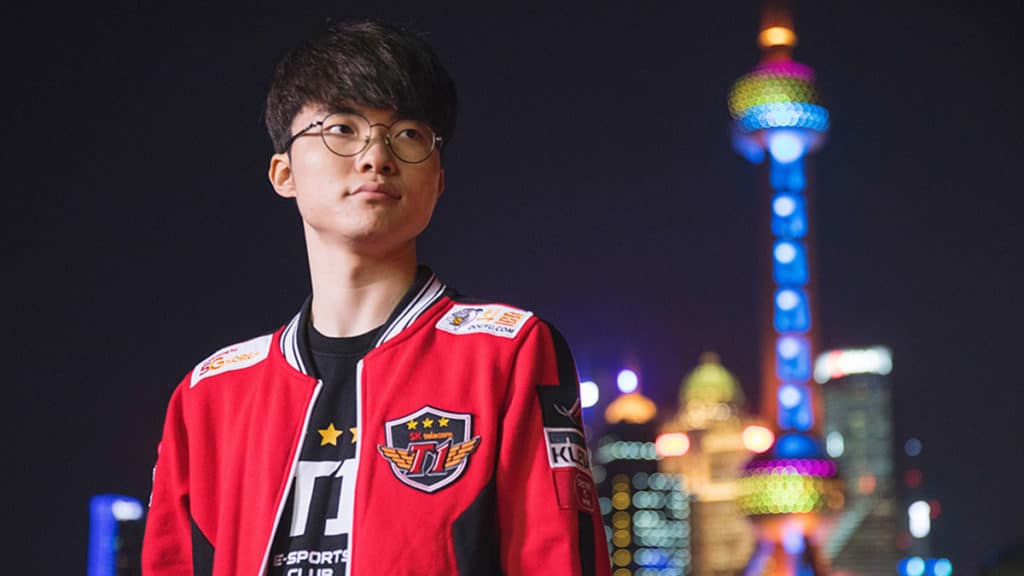 Thankfully, 2019 was a stark improvement for Faker. In Korea, SKT finally reclaimed their throne. They bested the region in both splits, winning themselves two more domestic titles. At MSI, despite losing in the Semifinals, it was to G2 Esports, who won the entire tournament and were becoming international superstars.

Returning to the Worlds stage after their hiatus was a delight for fans everywhere. Overall, they had a decent run but did end up faltering to G2 again. Though it wasn't the finish they wanted, it was one they could be proud of. During the tournament, there were a decent amount of people calling them favorites to win. Many had no faith in them just a year before, but at this moment, SKT was once more a World Championship contender.

2020 will likely be a big year for Faker. He's such a storied player with a remarkable legacy, superhuman skills and a huge fanbase. With two consecutive Chinese World Champions, many have been wondering where Korea has been. If Faker can unlock his true potential again and lead his team to victory, he could be the one to tell the doubters that Korea is right at the top where they should be.

There are none that can contest Faker as the best LoL player of this decade. As a three-time World Champion, he is truly set apart from many other players, and probably will be for a long time. The next 10 years will be interesting to watch develop, as new players rise and try to usurp the throne. Will any of these challengers be able to surpass Faker? Or will Faker rise again and further establish himself as the best? Only time will tell, but regardless, the next decade will be a joy for League of Legends fans!