League of Legends, Community, and Confidence: An Interview with Livestreamer KayPea 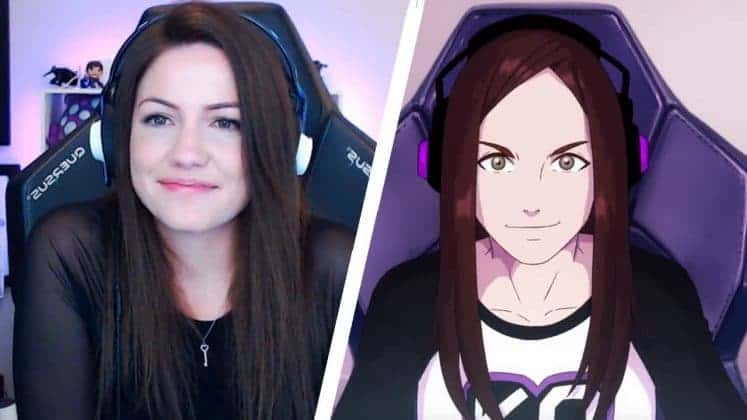 Red Bull AdrenaLAN showcased esports and gaming talent on the weekend of Dec. 7 and 8. One of the guests was League of Legends player and live streamer Kelsie “KayPea” Pelling, who hosted the 1v1 tournament and duked it out in matches outside of the bracket to showcase her skills.

ESTNN met up with KayPea for an interview about the event, League of Legends, and her esports journey.

ESTNN: You live stream League of Legends on Twitch and share some of your favorite moments with fans over on YouTube. Now with Red Bull AdrenaLAN, you’re able to interact with your fans and supporters in a different format and more closely. What does this mean to you?

KayPea: It’s cool to put faces to names because you see these names like all the time and you get to know their personalities, but you never get to see what they actually look like or how they interact in real life. Some people are incredibly good socially, some people are socially awkward, you never really know what you're going to get. So it really just adds another element to the connection between streamers and viewers. I really enjoy being in my community. I think it's definitely something that I think is enjoyable for both ends. When you see them in chat again, you can always have that moment of like, “Oh, I remember meeting you then.” And it gives them that sense of like, “Oh, they really do know who I am.”

ESTNN: What would be one of your favorite moments when it comes to meeting one of your supporters?

KayPea: There was a time where I think it was in Rotterdam where I was doing a meet and greet with Riot at one of their events. I didn’t catch the girl’s screen name or Twitch name, but she had flown all the way from Brazil to Rotterdam. When she saw me and it was her turn to come up, she just started bawling her eyes out, crying “You inspire me.” I didn't know I could ever impact someone on that level, and to know that I did and to know that person was just so happy just to meet me was really, really surreal and an unbelievable moment from a content creator’s perspective.

ESTNN: Now, Prior to League of Legends, you played a lot of Call of Duty. How would you describe the transition from an FPS to a MOBA?

KayPea: It was Modern Warfare 2 and it was on the PlayStation 3. For the difference between a MOBA and an FPs, there are a lot of differences. But there is one main thing that is the same that translates to a lot of different types of video games, which are skill shots and accuracy. With my champ pool with FPS games, you have to be accurate with shooting and whatnot. So from that perspective with aiming and going FPS to MOBA, you can see my champion pool is pretty much skill shots and aiming and timing. So those definitely do translate, and I'm really happy I had the FPSI experience beforehand so I could actually be half decent at a champion or two.

ESTNN: How would you describe your esports journey when you compare where you are now to when you first started out as a streamer who had just graduated from university?

KayPea: Honestly, when I first started from university, I was just someone that was looking to kind of share a passion with other people that played League as well. I had no friends that played League in university. My guy friends all played console games, so I was made fun of if I played other games. My friends would make fun of me for staying home on Fridays and Saturday nights playing League instead of going to clubs. So I almost had to hide that portion of my life during those days and it wasn't until I got an opportunity to do it full-time that I finally was like, “By the way, guys. I’ve been doing this.” I feel like I'm a lot more confident and happy just being able to tell people about what I do versus back in the day where people made me feel like I should be ashamed to some extent. Especially being a female player and spending that much time playing video games, and so it was looked upon so poorly back then. So I'm really happy not only with the progression of the gaming industry but just my general confidence in sharing it with people and not being afraid of being proud of it.

ESTNN: As Twitch streamer, you’re able to connect with others through the gameplay itself and through the viewers within your community. Why is having this connection important to you?

KayPea: It does definitely touch on the university days of sharing that passion and the whole reason why I started streaming in the first place. I just wanted to be able to show people what I like, celebrate those moments when I did something amazing, or share those hilarious moments of me fail flashing to the wall. To have a group of people that love the game just as much as I do and are down to like hanging out and just talk about it and share their experiences, it's kind of like that give-and-take feeling. Streaming is not only just playing it and broadcasting it, but it's that interaction, it’s that connection you make with someone else that could be halfway around the world. It’s the one thing that's connecting you, and I just find that really, really cool.

ESTNN: What is one of the biggest challenges you face as a streamer, and how are you overcoming it?

KayPea: I think it definitely is that confidence level. I pride myself in being mechanically talented, and so on stream, if I make a mistake, a lot of the times, my mood gets shifted to a more negative spot. I get more frustrated and more upset. I feel like that's something that, especially over the past little bit, I've definitely realized and I'm starting to try and make sure I don't do that and understand that everyone makes mistakes. It’s okay. At the end of the day, I think just remaining as positive as possible is a way you can get through that.

ESTNN: What are your thoughts about the current League of Legends meta when it comes to playing your favorite champions like Ahri, Lux, Neeko, and Orianna?

KayPea: I think that with the current changes of the map and everything, nothing is affected too much. With the Cloud Drake and the ultimate with that and getting like lower cooldowns, it definitely helps, because a lot of the champions that I use do a lot with their ultimates and that's how you change team fights. Getting more access to that early is very helpful. But in general, I'm worried because I fear that we're going into the slightly more tanky meta. I'm hoping we don't have to deal with the situation of how I'm just a mage in mid lane that's like really, really easy to kill and a big massive like Sion or Jax comes to just one shot to me and I use like three variations of combos and it tickles them. I do believe there was a season that was like that. I'm just kind of hoping that we don't go back down that road and there still is a way that I am able to still make an impact with the current champion pool that I have. I'll likely have to pick up other champions, but in general, I'm going to see how the season goes and then hopefully by then, I'll have some tricks up my sleeves.

ESTNN: For those League of Legends players and fans out there who are interested in live streaming and competing, what is a piece of advice you can give them?

KayPea: I think the best advice I could give for someone wanting to start up is you got to do it because you're passionate about it, not to hit a certain amount of success. Often, people start because they want to be big. More often, people want to start because they want to be a pro and there's a lot of steps that come before that. And oftentimes, people skip those steps and just expect to just be there. If you do it because you love it and because you're passionate about it, then it's never going to feel like work and it's always going to be something that you're looking forward to not dreading.

KayPea: For online team-based games where you have to work together to win, I feel like there are so many people that play this game with a very non-empathetic attitude. They always assume that someone that made a mistake did that on purpose, and they're expecting people to not get mad at them if they make a tiny error. They laugh it off. So I just really hope that, especially with how team-based the game is getting with all the objectives becoming more important, I just hope that people start to realize that it’s okay to make mistakes, it's okay if other people make mistakes. Try to stay as positive as possible. Team environment matters, so keeping your mouth shut if you're going to say something negative, or saying “Nice try, you'll get it next time.” People don’t understand how much of an impact that can make on your team and help you either win or lose based on how positive or negative you’re being.