The second week of the LEC gave us some great games and yet another upset. With we have a much better understanding of where teams should be ranked heading towards week three. Some of the notable storylines to keep in mind will be the two extremes of the standings. One 4-0 team remains in G2 Esports and two winless teams that are guaranteed at least one win when they face-off against each other. Misfits Gaming suffered their first defeat to scary looking Vitality. We will be looking at all these games and try to predict the craziness that will ensue. This week Major Castleman will be covering for Ibriz and will be hoping for a comeback to catch-up to Brandon. The standings are the following: Brandon (15-5), Manny (13-7), and Ibriz/Major (11-9). (All times are approximate and are displayed in the Eastern Time zone if need help converting for your time feel free to use this time converter).

SK Gaming had a great start to their LEC career when they took down Fnatic in two games after some frustrating technical errors caused a remake. Since then SK has been middle of the pack showing they are not one of the bottom tier teams but are still struggling against the top teams. Unlucky for SK Gaming they are facing the best team in the league right now. G2 showed their first bump in the road when they had a tough time taking down Excel. G2 has proven some incredible versatility and look like the unstoppable force from two years ago. We hope that SK can show something new against G2, if not then this might be an easy one-sided win for the undefeated team. 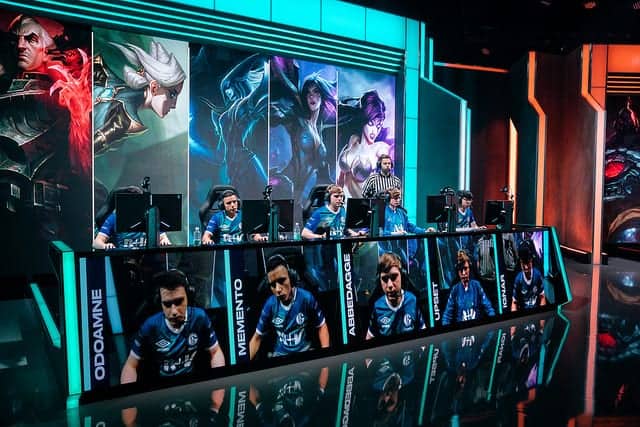 Both Schalke and Splyce are coming off a 2-0 week and are hoping to continue their strong form. Looking at the strength of schedule both teams have had to this point, and it seems like Schalke has the slight edge on this matchup. Schalke have had some impressive showings with the help of Elias “Upset” Lipp and Felix “Abbedagge” Braun. Splyce have looked scrappy at times, but it seems that Marek “Humanoid” Brázda is coming to his own and the rest of the team has been improving around him as well. Dylan Falco has given some great structure to Schalke and will be hoping to show he can recreate the Fnatic magic in his new team. Schalke vs. Splyce gets the match of the week vote for me and should be a great match to watch.

Fnatic has had a horrendous start. Thankfully, they are not alone and share the last place with Rogue. One of these teams will finally get their first win, and many are looking at Fnatic to bounce back from their first two weeks. Rogue being one of the newly introduced teams has had a harsh start but look to show they can take on some of the old teams as well. Fnatic had three major changes to their roster and coaching staff and seem to be unable to adjust. It is starting to look dire for both teams but the pressure is on Fnatic to show they still have some life left.

People will be looking at this matchup as an easy one-sided victory for Misfits Gaming. If you are looking just at the standings, then it could be understood as to why. Excel showed some incredible grit against G2 Esports almost causing one of the biggest upsets this split. I think it would be foolish to count Excel out just yet. Misfits also showed that they are mortal and fell to Team Vitality in last week’s final game. Misfits still have looked like the second-best team in the league, it will be interesting if they are able to show their strong form after having slipped up and lost a game already.

Origen caused a lot of hype when they were announced as one of the franchised teams for the LEC. Some of that magic has started to fade after two weeks of lackluster performances. Origen’s only win so far is against the struggling Fnatic and with a tough matchup coming up, it is hard to imagine they will be hyped much for this matchup against Team Vitality. Vitality, on the other hand, is looking to keep their momentum going after an impressive win against Misfits. Vitality will be looking to improve for when they face G2 Esports in the next couple of weeks. It is still too early to sound the alarms for Origen but if they have another woeful week, one would imagine some changes would need to be made.
Manny: Vitality
Major Castleman: Vitality
Brandon: Vitality 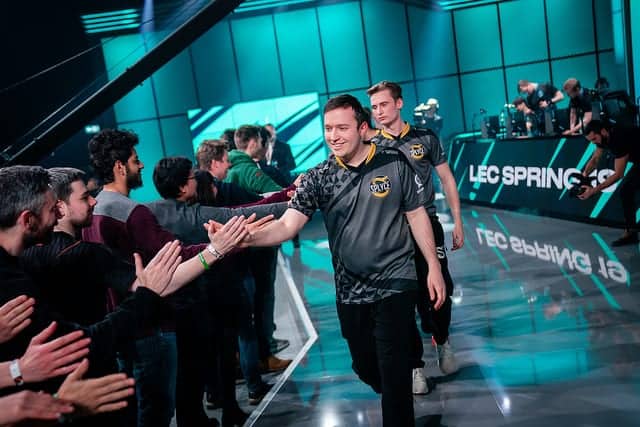 Splyce have a tough week coming up facing two of the best teams in the league. If they are able to pick up a win against either, it would be an extremely successful week. On the second match of the week, they face G2 Esports. It still seems like G2 have no one at their level but with each passing game, there is a chance that a team would be able to find a strategy to take them out. Splyce has been on an impressive run of games and could have the chance to show they are much better than expected by many in the community. G2 won’t be making it easier but since their tough game against Excel has shown some weakness that was covered by Rasmus “Caps” Winther’s incredible performance.

When starting the split many thought that Excel was going to be one of the worst teams in the league. Even though their record can be used as proof to that, they have played much better. They are facing a relentless Schalke squad that seems to be getting better and better after each game they play on stage. It does seem like this might be a clear victory but never underestimate any of the teams in the LEC. One of the important matchups to watch will be Marc “Caedrel” Lamont vs. Jonas “Memento” Elmarghichi. It will be interesting to see how both of these will be able to impact the map with so many volatile lanes. Another factor will be the way that both junglers use their supports Raymond “Kasing” Tsang and Lee “Ignar” Dong-Geun. It does seem like Schalke will take this game but Excel could have some surprises up their sleeves. 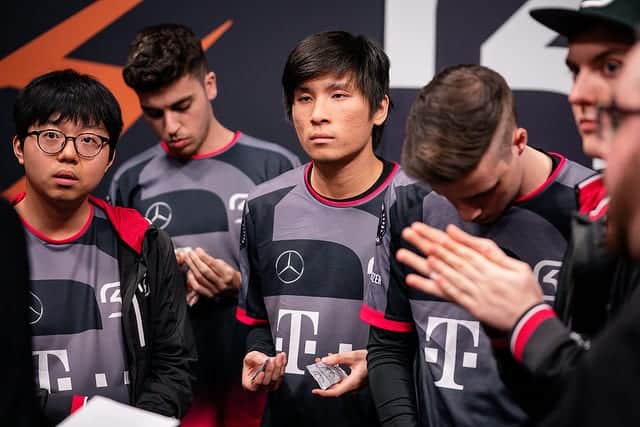 SK Gaming is currently the 6th place gatekeeper. Origen would like to make a fight for a playoff berth in their first split back since being relegated in 2016. This will be an interesting match because these two teams could be the ones that do fight for the last playoff spot in week 9. The edge should still be in favor of SK as they have shown a lot more than Origen. Maybe, the best way to argue in favor of Origen is to admit that their strength of schedule has been a lot tougher to deal with than SK’s. If Origen can pull off a win, then that would mean that they should be considered as a playoff contender. If they do not, however, then I would say that they should try something new or wait for their next split.

Team Vitality was able to take down some tough opposition. A lot of times the difference between a “middle of the standing team” and a top team is that they can take care of both weaker and stronger opposition with equal ease. It seems that Vitality could pull themselves to a 5-1 record if they do what is expected and defeat two of the bottom half teams. Rogue will be hoping to have a win on the board by the end of the week. If they aren’t able to do so, then it might start to feel like a very rough starting split. Vitality is the favorites in this matchup, but when you are at the big stage, you can’t underestimate any of your opponents.

It feels like Fnatic need to pull off a 2-0 week to start being considered as a possible 6th place team. They are facing what seems to be the second best team of the league. If Steven “Hans Sama” Liv and Kang “GorillA” Beom-Hyeon, have yet another impressive showing against the struggling Fnatic bot lane this game could be over in a jiffy. It feels like only the Fnatic faithful will be thinking that they can indeed earn an upset win over. Unless Fnatic shows a new playstyle that proves that they can still compete against some of the best it does seem like an easy Misfits win to finish week 3.

That will conclude another week of the LEC. Do you think we got any of our picks horribly wrong? If you do feel free to let us know via Twitter. We would also like to wish everyone a Happy Lunar New Year. See you back next week with more LEC predictions.