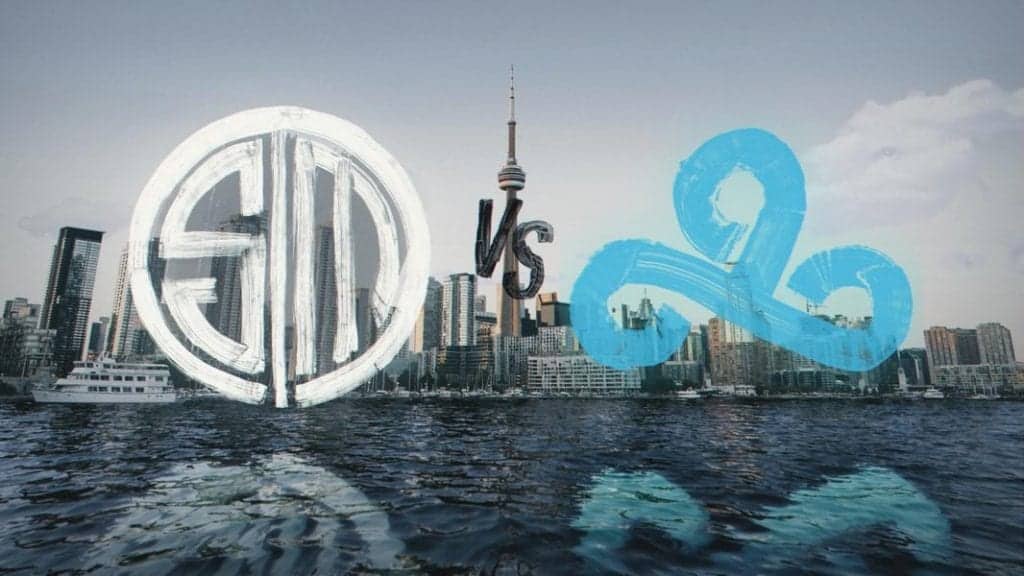 This weekend North America’s top four teams will battle for their chance at the LCS 2019 Spring Split Championship title. The first match of the weekend features longtime LCS rivals Cloud9 (“C9”) and Team SoloMid (“TSM”). Both teams are looking exceptionally strong coming into the series and will surely provide games worthy of their shared legacies.

The stakes are high as ever with their legacies and title hopes on the lines. In the regular season, C9 defeated TSM both times they played them, setting a worrying precedent for TSM fans. It shouldn’t worry them too much though, as TSM has surged in the second half of the split and crushed many of their other opponents, including Team Liquid. The teams have intriguing matchups with each other, and specific win conditions that any fan of the LCS should be aware of being champion select starts on Saturday. C9, placing second in the regular season, are most people’s favorites for this series. Their previous matches against TSM went in their favor, and these games will likely be similar. The ability to utilize a seven-man roster will also be a major advantage for them. Their primary goal for beating TSM revolves around a safe early game and strong mid game. In their match against Echo Fox last week TSM displayed how truly terrifying their early game can be. Their overall strategy will be to minimize losses in the early game and scale up for a bit before picking key fights.

There are some important aspects of how they do this. First of all, obtaining a good matchup for Licorice is imperative. Since he joined the team last year, Licorice is known for his incredible performances. He can play a variety of different champions and styles, allowing him to prosper in any composition. Broken Blade proved to be a menace with his split-push Neeko pick and can be a considerable threat. Licorice will need to be put in a favorable, or at least manageable, matchup if C9 wants to succeed.

C9’s bottom lane is the next main point to address. TSM has shown the ability to play scaling carries, but also a proficiency at playing early game bottom lanes too. Champions like Kalista, Lucian, and Alistar all can dominate lane and take early turret plates. In terms of skill, the lanes are relatively evenly matched, but drafts can make a huge difference. It will be beneficial if Sneaky pilots a safe carry like Ezreal or Sivir into these types of matchups. Jungle impact on this lane will be equally as significant, especially with Zeyzal’s ability to make plays happen.

In terms of lanes, TSM can choose to play through any depending on their draft and matchups. The highlighted player though should be Bjergsen in the mid lane. Every longtime LCS viewer knows how strong Bjergsen is as a player and his ability to carry games. However, C9 Nisqy has looked just as good this split. One of TSM’s main goals should be to enable to Bjergsen to carry, which will mean shutting down Nisqy at the same time. It’s a win-win.

Early objective control is another necessity for TSM. Elemental Dragons and the Rift Herald are very useful for pushing any lane leads they accrue even more and opening the map up. They can also serve as late game insurance should they not be able to close in the mid game. They have one of the longest games times, so any extra bonuses they can get during their strongest point will benefit them greatly.

This late game, ideally, shouldn’t become a reality if they are drafting early, as many expect them to. If TSM has a lead going into the mid game, they need to execute on them and end the game as fast as possible. C9 is excellent at finding openings in the mid game and team fighting late. TSM is no slouch either, but if their draft isn’t focused on these areas, the results could be disastrous for them.

C9, as stated before, is the likely victor in this series. They have shown some early game weaknesses, but if TSM didn’t find or exploit them enough in their previous games, it’s hard to say they will here. TSM is expected to play early game team compositions, but of course, they don’t have to. The problem is that C9 is stellar in the mid to late game stages of the game and outclasses TSM in that regard. Both teams are intelligent and will adapt from game to game, which will be an exciting aspect of the series to watch. Overall it will be close, but C9 favored 3-2.