Is it even possible to lose a game after taking four Barons? Counter Logic Gaming (“CLG”) made OpTic Gaming (“OPT”) answer that with a yes by beating them with superior late-game shot-calling. The early game was relatively even, with OPT getting First Blood onto Ruin but CLG claiming the First Tower bonus with the Rift Herald's assistance. There wasn't a lot of action but at 20 minutes OPT snuck their first Baron when CLG went to the Infernal Dragon.

This was only the first of many though. As they moved forward in the game, OPT knocked down a bunch of towers, but the process was excruciatingly slow. Crown and Arrow made mistakes, which caused their sieges to be slowed down, and as such after three Baron's OPT had destroyed only one Inhibitor. So, OPT took their fourth Baron but started executing with it better. The base was blown wide open and two Inhibitors fell. But CLG was sick of the siege and decided to go five mid. They caught out Arrow and Dhokla, ran straight down mid and, unlike OPT, made short work of their opponent's base and Nexus.

The second game of the series was a quicker, decisive victory for CLG. In the early portion of the game, the strengths for each team were split between lanes. Firstly, OPT's Arrow had killed Biofrost for First Blood, so he was ahead, but CLG's top lane Camille counter pick was smashing Dhokla's Aatrox. This CLG advantage grew when CLG won a skirmish mid with three-to-one kills. CLG solidly took control of the lead at 17 minutes, when CLG turned around an OPT tower dive and killed three.

At this point, OPT had nothing to work with. Furthermore, CLG had the ability to win team fights and dominate the side lane with the fed Camille. Afterward, they killed Big and went to Baron to take the buff. This buff was devastating, as CLG smashed s bunch of towers and two Inhibitors. Afterward, OPT managed to win a team fight five-to-four to defend their last remaining Nexus Tower, but it didn't matter much. When CLG obtained the second Baron buff, they boldly walked into OPT's base and crushed them under their feet. All five from OPT died and could only look on with grey screens as CLG brought them to match point.

CLG finished off the series with a clean sweep over OPT. Though they had some success in the previous game, OPT was completely shattered by this point and it showed. On the other hand, CLG played extremely clean and will be a threat moving into the Semifinals. To win this third game, CLG focused on their bottom lane, where they had an immense amount of pressure naturally. To begin, CLG got First Blood through an invade and their bottom lane duo picked up kills before taking their tower, moving around the map, and taking more towers.

In the mid-game, CLG completely choked out OPT. They forced down all of the towers outside of their base and even took an Inhibitor Tower at 18 minutes. OPT tried to get some picks to find an avenue back into the game, but CLG was always ready to respond. A messy team fight in the jungle led to a two-for-one kill trade in favor of CLG, which let them turn right for the Baron and secure it. With this, CLG used brute force to push the bottom Inhibitor down. Next, CLG slaughtered four more from OPT before smashing their last Nexus and punched their ticket to Detriot. 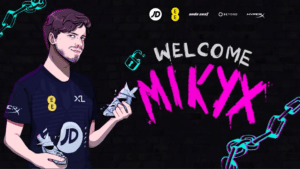 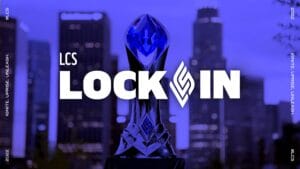 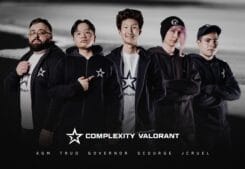