How To Find A Main In League Of Legends 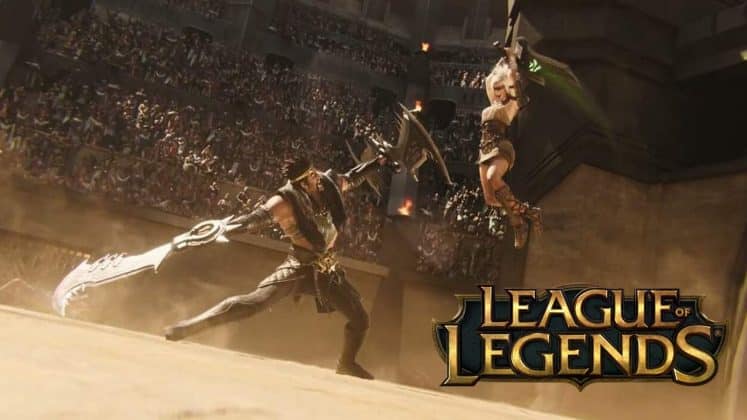 Your main champion is special but not everyone has the easiest time finding one.

League of Legends is known around the world as arguably the most successful MOBA. So many players pick up the game each year, while others return after long breaks. For the average player, it's merely a hobby, though many decide to climb the ranks and gain prestige. Either way, throughout all of your time playing LoL, some champions call to players more than others.

With a roster of over 150 champions, it can be daunting to find the perfect one for you. Fortunately, with such a diverse cast, there's something for everyone. Some new players might be lost with where to start and who to play. Or current players who feel dissatisfied with their champ pool. Regardless of what the situation is, there are some keys to picking a champion that you'll fall in love with and bring swift devastation to the Rift with!

Decide what you want your role to be

The first thing you should do to try and narrow down the pool is to decide what your desired role is in a game. This can mean two things. It can first off refer to the lane you're playing. Do you want to live on the top lane island? Maybe roam the map, picking your enemies off as a jungle? Or perhaps an ADC that the team can rely on to pump out the DPS? For those who are new, understanding that each position has certain champions played in them is key. So, figuring out your favorite position is a decent start.

However, if you'd prefer to change up positions once in a while, or haven't locked one down, you can think of it another way. What do you want your job to be on a team? Tank, fighter, marksman, assassin, mage, and enchanters are the most common, easy-to-understand archetypes. There are a ton of champions that fit each of these roles, so figuring out which one suits you best is a good start.

After you settle on one of these options, it narrows 150+ champions down to a couple of dozen. Then the following steps make it quite easy. But, if you haven't settled on one of these yet, they'll still have merit and can bring you to the perfect main.

This is definitely the most important aspect of finding a main since it's pretty hard to know you like a champ without playing them first. Though it does take time to earn enough Blue Essence to buy every champion, Riot Games, fortunately, has a free champion rotation every week. There are typically around 15 champions that you can access for free. Also, they cover a wide range of positions and classes, meaning there's something for everyone.

The free champion rotations are a great way to figure out more about what classes, roles and positions are right for you. It may take some time to go through them each week, but finding a true main is worth the effort.

In addition to this, the ARAM game mode helps out too. In this mode, all 10 players fight in a single-laned map with completely random champions. They do have to be ones you own or that are on free rotation, but the shorter game times allow more experimentation. Plus, you can see many off-meta picks you might not typically see being played in normal Summoner's Rift games being played by others in the match. The game mode isn't for everyone, though can be a useful and fun tool for many.

Read up on some lore

Now, this might not be the most common way people find champions to main. But Runeterra, the fantasy world LoL is based on, has extensive lore and fleshed-out characters. The official Universe website offers in-depth champion backgrounds that get into the nitty-gritty of each champion's life. There are tales of tragedy and heroism, of triumph and loss, and of course some less-dramatic ones too.

There are stories that show how certain champions interact with the world around them, including with other champions sometimes. The stories are always well-written and make the characters feel more alive. If you'd rather take a look at the world generally, there are descriptions and stories about the different nations' cultures, peoples and histories. Inevitably, many champions show up in these, so there's even more content to enjoy.

Besides doing the work yourself, there's always the option of watching the best of the best play. There are streamers aplenty in the LoL community who play every day. They're some of the best sources to see how a champion should be played and their true potential. As a note, there are many high-ranked players that play a variety of champs in a certain role. However, there are also those who are “one-tricks”. This refers to a player who only plays one champion and has exceptionally high mastery on them. If you have an idea on who you want to main, but maybe aren't sure yet, finding one of these streamers will be supremely useful.

On the other hand, watching the professional LoL leagues, like the LCS, LEC, LPL and LCK, delivers a similar result. Comprised of the true cream of the crop, pro players have an arsenal of champions available at all times. While they must stick to the meta most of the time, a decent variety of champions are played at any time. You won't get to follow single champions easily, but you'll get acquainted to many of them. Plus, the casters and analysts provide context on the playstyles of each champion, with their strengths and weaknesses. For maximum exposure, this is your best bet, besides actually playing.

With these steps, you should be well on your way to finding the champion that you can always rely on and proudly call them your main!