One of Elden Ring's bigger optional areas is the Consecrated Snowfield, which leads to two more optional areas and a few more bosses. Learn how to get there!

To get to this juicy content, Elden Ring wants you to go on a little bit of a scavenger hunt. While one half can be picked up fairly early in a playthrough, the second part of the medallion will only be available once you made it far into the latter half of the game.

The Right Part of the Hailigtree Secret Medallion

The right part of the medallion is located in Liurnia of the Lakes in the Village of the Albinaurics. Tugged away underneath a mountain to the south-west of the lake. To get there you just have to head towards said mountain from the lakeside, ride past a poison swap and some giant crabs and you'll find a way up. 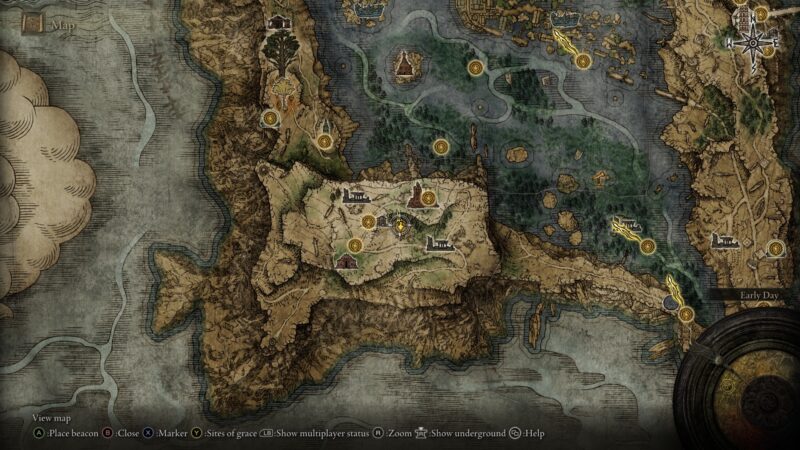 The NPC should be right here, and underneath this mountain you should find the village.

The village is rather dark, so we recommend a light source and an open eye for enemies jumping at you from the shadows. In the center of the village, you'll find a grace and a spirit next to a well. From there you head up a set of stairs leading and don't take the bridge to your left. Instead you want to head further east towards the dead end. There you'll find a suspicious pot you can roll against to reveal an NPC. Talk to him, exhaust his dialogue and he'll hand you the right part of the medallion.

The Left Part of the Hailigtree Secret Medallion

Now, the left part of the medallion is stashed away in an optional little dungeon very far north of the map. A place called Castle Sol which is just a little out of your way if you follow the main quest. Once you reach the Mountaintops of the Giants, West, just head straight north. Make your way up some steep mountains, best by circling around to the west if you are coming from the Ancient Snow Valley Ruins grace. Jump up a spirit well, up some hills and past a graveyard and you should easily find it if you head north. There is also one of those walking mausoleum's in front of the keep, so its hard to miss. 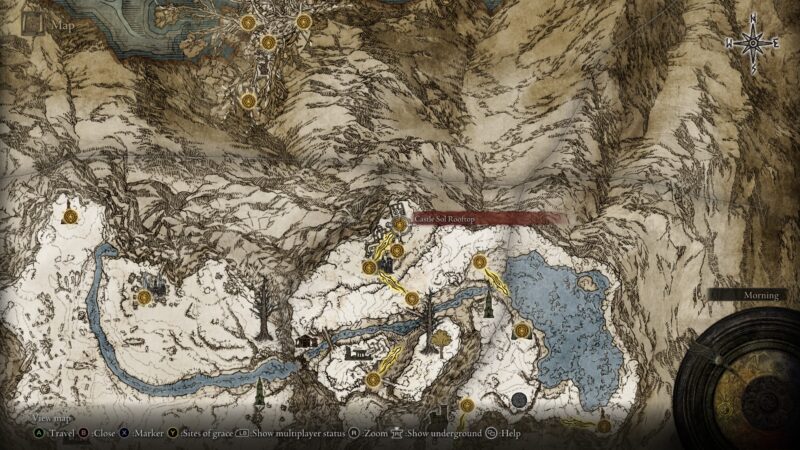 And there is Castle Sol.

After you make your way through Castle Sol and kill commander Niall, proceed past his boss area and up a tower. There you'll find a ghost you can talk to, but you can also loot the left part of the Medallion. Now we can proceed with our quest.

How to enter the Consecrated Snowfield

Now its time for the main event. To get to the Consecrated Snowfield, you have to head back to the Grand Lift of Rold. (The one you used to get into the Mountaintops of Giants aka the Forbidden Land in the first place.) Once there you'll now be able to switch to the option to hoist the Hailigtree Secret Medallion; and you'll end up in some catacombs. You can now either proceed to find the boss there and get some loot. Or head outside to find the Consecrated Snowfield. From there, you'll be able to head to Miquella's Hailigtree and the Mohgwyn Palace.