Our take on the recent Elden Ring not having a narrative debate.

There is this debate, about whether or not Elden Ring deserves to be nominated to have the Best Narrative alongside God of War Ragnarök and Plague Tale: Innocence at the game awards. The reason is that some claim that reading item descriptions and watching handsome Australians piecing them together does not constitute a narrative.

Let's put aside the fact that you playing through the game is, in theory, a narrative because, to a lot of people, that and being told a story are not the same thing. And traditionally, we don’t think of a story as the five hours we spend dying to one boss.

Saying that Elden Ring or all of From Software's work has no narrative is discrediting what has always been one of the standout features of their work. You can experience that kind of narrative in this type of game. Because games aren’t just games, they are interactive stories that only work with players' input. And piecing together the history of this once mighty world now falling apart, especially when you can draw different conclusions from it, really plays to the strength of the medium.

It’s like copying someone else's homework if you’re tasked to interpret a book, for example. Sure your analysis and understanding of it are correct, but what did that story mean to you? What impression has it left on you after you reached that conclusion?

The Dark Souls of Narratives

See, the story of Elden Ring is nothing you need to pay attention to. It’s something you inhabit the moment you start a new character. The intro cutscene tells everything you need to know. There was the Elden Ring, controlled by queen Marika and it was broken. After various factions wared over its leftovers, you, some puny hero no one remembers, has to go and reclaim it.

Why you? Why did this war happen? Who was involved? And what do all these great champions from the intro have to do with it? Those answers are out there for you to find. And it’s not like Elden Ring makes you work for these answers, either. You only have to pay attention and let the world tell its story.

MORE FROM ESTNN
Sony Should Start Acting Like The Market Leader

Think of it this way, all the lore hidden away in item descriptions, dialog, or sometimes even the way enemies interact with the world are small parts of a gigantic jigsaw puzzle. And you don’t complete these by going from left to right either. You finish off little patches with the pieces you pick off. The only thing Elden Ring gives you is, at most a frame in which all of this is happening.

And even if you just follow where the game tells you to go, you get a fairly decent story of your character overcoming the odds and becoming the Elden Lord. But since Elden Ring does such a great job of encouraging exploration, chances are that you’ve also stumbled over one, if not various, threads that might lead to alternative endings.

What really stands out to me personally about From Software’s world is just how related things across the map are to each other. Something like a specific enemy type being in an area tells a story you understand without having to actually read up the lore reason behind it. Because as much as Elden Ring is a hardcore RPG it values its story and lore above everything else. 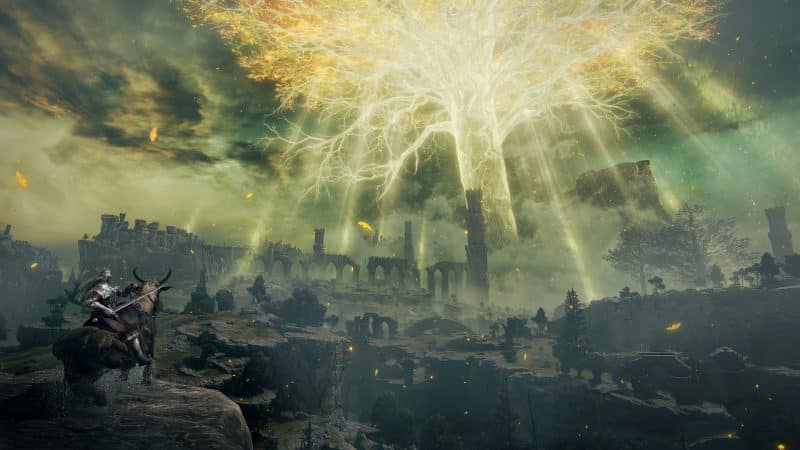 You get as much out of it as you put into

Suppose you’re willing to make the connections, one reused boss in an endgame area. That, for some reason, is more powerful than its original encounter seems at first like they ran out of ideas. Then you read up the item description of that boss’ spell and remember that this optional dungeon is in the proximity of another place with huge significance. And suddenly, there is an in-universe explanation and lore-consistent reason for that.

Sorry, I don’t want to give anything away here because I’ve long stopped playing these games for the hardcore RPG experience. After six of these games, I’m a tiny bit tired of how these games play. But it’s the world that brings me back every single time. Because the narrative and lore are not just dead ends that reveal themselves after reading up on hundreds of them. No, you just pick up an item or talk to an NPC and think “Yea, that's neat.” and a few hours later you do the same thing again and suddenly you have a revelation of what's actually going on here.

MORE FROM ESTNN
Sony Should Start Acting Like The Market Leader

So to cut this short, I think what makes these games so unique is the involvement of their audience. Dark Souls didn’t become a cult classic that changed the gaming industry just because it's hard. Sure, when we talk about it today, that is what most will bring up first, but what sets it apart is that most of the story's context is happening in your own mind while playing. 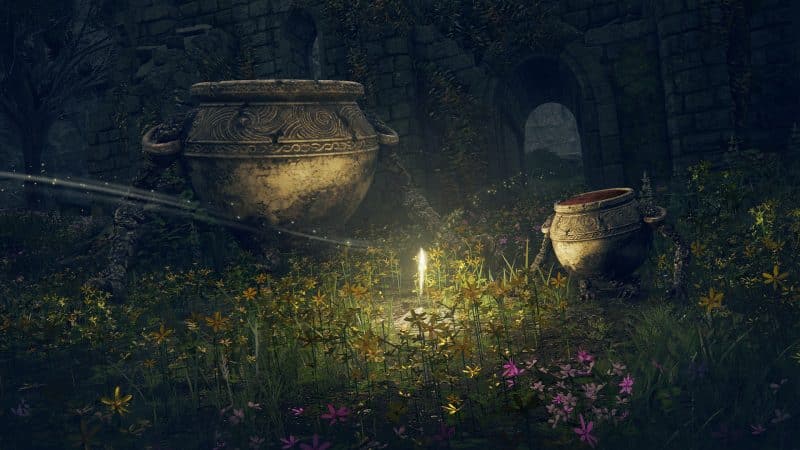 And you don’t need to be told about the tragic backstory of a world falling into despair. You just have to look at it and take its scenery. The tales tell themselves. The lore is just there to fill in the gaps. Be it a lost civilization under a fake starry sky or a man so desperate for power that he steals the body parts from his subjects.

I think it’s great that From Software upholds this style of storytelling in the medium that Team Ico sort of established back in 2001. How to convey a narrative without ever taking away control from the player and how to say a lot with as little as possible.

It’s something you don’t see in big releases anymore and it rubs a bit against the current social media hellscape in which we don’t experience things more as a collective than individually. So next time you pick up a From Software title, just play them and see how much you can figure out by yourself.

The value of these stories does not come from reading up on someone’s interpretation of it. The message received an impact. You need to figure out what these stories mean to you because canon doesn’t matter. It's the journey and the experience that matter most.

If you want to stick around gaming nonsense and esports news, visit us here on ESTNN 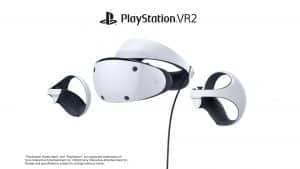 Everything We Know About the PS VR2 So Far The Beginners Guide to Mount and Blade 2: Bannerlord The Witcher Remake is Coming, Here’s Everything we Know