Here we'll give you a quick rundown on how to survive your encounter with the big red machine.

As soon as you enter Redmane's castle, you've surely noticed that this is not gonna be your usual kind of boss fight. Fighting Radahn is about balancing summoning companions, picking your moments to attack and being able to cover huge distances very fast. So, we don't recommend summoning other players for this one; Torrent is way too useful and offers lots of movement.

As soon as you zone into the fight via teleporter Radahn will start shooting magical arrows at you. These will be very hard to block, so it's best to roll into them before they hit you. It might take a few tries to get the timing down but even when blocked these arrows will hit for huge damage. Alternatively you can hide behind the clutter all around the battlefield to avoid being shot by arrows. This won't make up for you having to learn how to dodge proper. 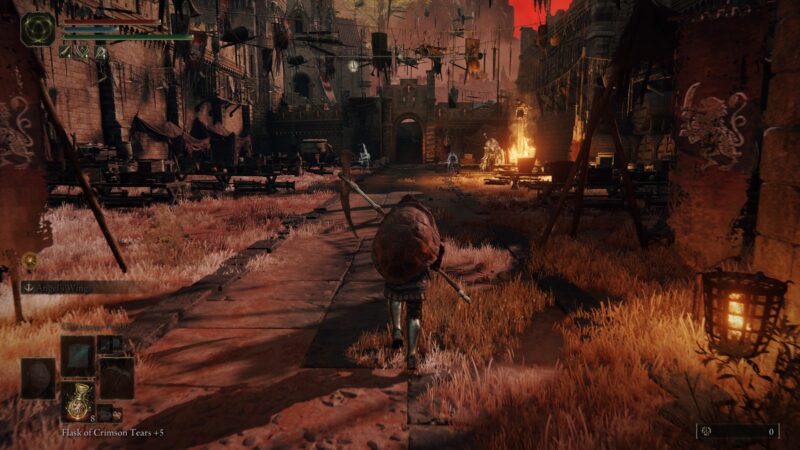 The best thing to do at the start, is to summon as many allies and possible. Dodge arrows and hang back. As soon as you are in range, Radahn will shoot a barrage of arrows that will follow you over a great distance. And while you can outrun them with Torrent, this will leave you open to be hit by his arrows again. Stay away from him till your summons reach melee range — so he'll busy with them instead. Then approach, and on the way there, summon as many of the golden signs as possible. Some will be allies you met on your journey this far. They won't fight for you however.

Close up, Radahn is even more devastating than from a distance. We recommend using armor with high magic and physical defense. But even those won't make up for missed rolls and stun.

He's gonna start circling around and unleash a wild flurry of attacks. For that we found it best to just hug his front as it is relatively safe. Every time he jumps, you should get as far away as possible from him. Is plunge does area of effect damage. And him having multiple targets to attack makes this somewhat unpredictable. Use Torrent to quickly get away from him and make sure to keep him targeted. 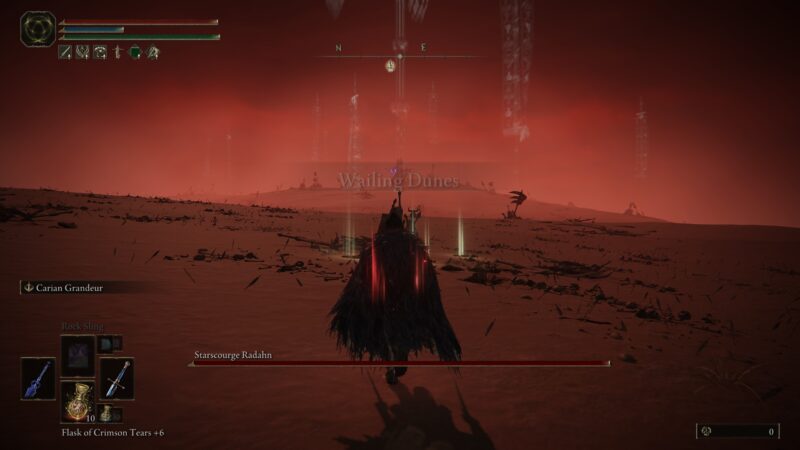 He also has several magical attacks, one is a draw in followed by a plunge. As soon as the casts that and you get drawn in, get away from him as fast as possible. Whenever he has his sword in the ground, there are several attacks he'll do. Either an explosion at the center, a wave that will spread. Which you can avoid by jumping over it with Torrent.

Or he'll pull out a couple of purple balls which act as homing missiles. Those you can outrun by either striving or a timed roll. Do keep in mind that you can resummon fallen allies. Their signs will usually be around the battlefield clutter. You should make that your priority.

Once you hit about half of his health, he'll vanish. This is your queue to run as fast as possible in any direction. Because he'll come back as a meteor, get hit by that and you're death. We recommend running towards the meteor. After this his attacks will pack even more of a punch but his move-set won't change much. Only the frequency he'll use his magical abilities.

At one point he'll have four rocks floating around him. Usually he'll use those when he is at 1/4th of his health. He'll point them at someone and they come flying at them. Those are very hard to avoid but a well timed roll should do the trick.

This then becomes more of a war of attrition than a straight up boss fight. Try to use a lot of jump attacks and charge attacks to break his stance; not only giving you some time to heal up, but also resummon allies. Plus, the opportunity to create some distance.

Make sure to pick your charges at him wisely, but never lose sight of him either. If you keep up the pressure and summon your allies this should go down smoothly. Just be aware that he hits very hard and can easily fell you in one swoop. 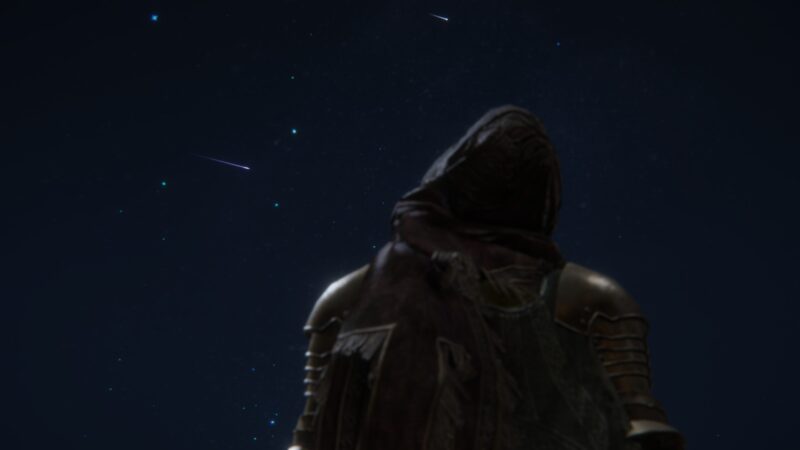 Once you kill him, a cut scene will play which will then open access to new areas and continue some of the quest lines. This area will be located on the eastern edge of the Mistwood, it's hard to miss. So make sure to speak with your allies after the fight. You can now also activate his great Rune at the Divine Tower of Caelid.

For more on Elden Ring, stay tuned here on ESTNN.