Two new faces are joining with the Golden Guardians for the summer.

The move now finalizes the Golden Guardians roster ahead of the 2020 LCS Summer Split. The signing of Damonte pushes Golden Guardians previous starting mid-laner Greyson “Goldenglue” Gilmer into the Academy, alongside Nicholas “Ablazeolive” Antonio Abbott who will both compete for the spot.

Damonte spent the tail end of 2019 with a Worlds appearance with Clutch Gaming, before being moved to its Academy roster after Dignitas took over the team. He’s previously had an extended stay with Echo Fox (now Evil Geniuses) and spent his early career playing for a number of smaller sides in North America. Damonte will link up with the rest of the 2020 Spring Split roster who will remain unchanged aside from his addition.

The finalized Golden Guardians roster is:

With the finalized Golden Guardians Academy roster being:

Golden Guardians LCS roster made it to playoffs in Spring Split. But they failed to make any headway after finishing the regular split 6th. The side will be one of the many rosters looking to step up in Summer Split, with the organization only every making top five once since joining the LCS in 2018, the Golden Guardians have a lot to prove.

Olleh for the Coach 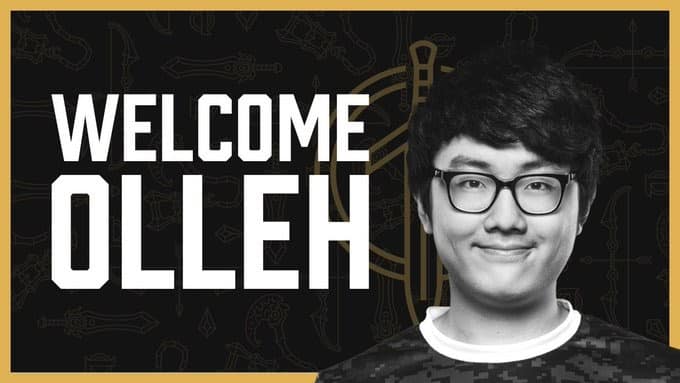 Golden Guardians have also appointed a new positioning coach in Joo-Sung “Olleh” Kim, focusing on the support role. Olleh returns to Golden Guardians having spent 2019 LCS season with the Golden Guardians LCS & Academy rosters. Most recently he spent the 2020 Spring Split competing with Dignitas Academy. Olleh has previously played for Team Liquid and Immortals in the LCS, having also spent time in the League of Legends Master Series (LMS) with Hong Kong Esports and in Brazil with paiN Gaming.