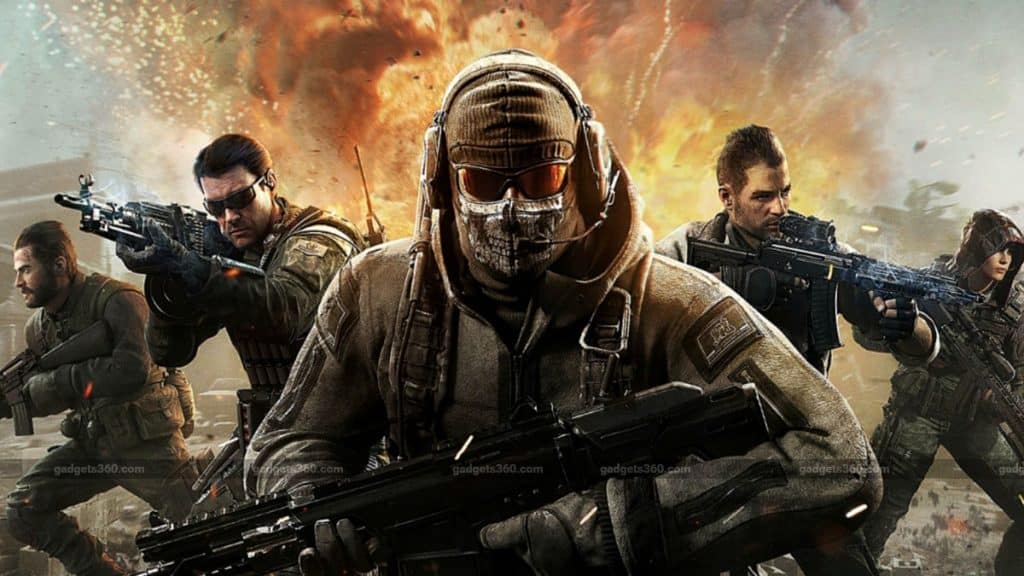 We're declassifying our list of the top five CoD games of all time.

The Call of Duty franchise is almost as popular as the actual warfare the games are based on. It is a series that needs no introduction since everyone knows it. Like Halo and Goldeneye before it, Call of Duty has been the go-to shoot ‘em up for almost two decades. Take that, Resistance: Fall of Man!

So, with all the developing news about Cold War: Black Ops, the soon-to-be next in COD title, the staff at ESTNN have put together a list of the top five greatest Call of Duty games of all time. Granted, these are just opinions, but this list is top-secret declassified information. Tango Charlie, set snipers to stun. Operation COD has begun.

Set in the 1960s during the Cold War, the game's campaign follows CIA operative Alex Mason as he attempts to recall certain memories in combat in order to locate a numbers station. This game ushered in a new era of COD fans, the Mountain Dew alum, heavily intent on killing with superb American ultraviolence.

The game was the highest selling game of all time until GTA 5 took away its crown. And while this game is at the start of the list, it by no way means it is less fun or engaging as the COD titles below.

With the infamous “kill Fidel Castro” level to the wonderfully stark soundtrack Sean Murray cooked up, there is a real reason so many COD fans cling to this game like their father’s credit card account information.

Some will claim that this game should not be here. Some will spew their GAMEFUEL directly onto their laptop or phone reading this exact point in the list. But, the fact of the matter is that this game brought the heat. It may not have delivered on every single front that players wanted, but the fantastic story, controversial historical elements, and increased sense of narrative make this a truly good Call of Duty reboot.

The game takes place in a realistic and modern setting. The campaign follows a CIA officer and British SAS forces as they team up with rebels from the fictional country of Urzikstan, combating together against Russian forces who have invaded the country.

With the amount of political intrigue going on in The States, it was smart for Activision/Blizzard to focus their efforts towards a fictional country for players to blow to smithereens. If only they kept that same amount of creative drive going for the Modern Warfare 2 remake.

This title is probably the most underrated Call of Duty title ever produced.

The narrative for the campaign mode focuses on the Pacific and Eastern Front theaters of World War II, involving the United States, Empire of Japan, Soviet Union, and Nazi Germany. It is told from the perspectives of Marine Raider Private C. Miller, US Navy Petty Officer Locke and Red Army soldier Private Dimitri Petrenko, and is based on several historical battles.

This game had a lot of effort put into it, especially when it comes to historical accuracy. The game scored well with critics and fans alike, mostly due to an enhanced version of the Infinity Ward IW game engine, giving the game an increased development regarding audio and visual effects. Let’s also not forget Gary Oldman and Kiefer Sutherland, who provided terrific voice work for this game.

In the end, however, this is the game that birthed a nation of zombie savvy nazi shooters.

Originally labeled as a "side game mode", this mode saw huge success and appraisal upon release from fans. Due to the high demand for zombie-killing goodness, three more DLC maps were added upon further progression into the game's life cycle. A lot of people forget this, but there were people who bought this game in droves simply to play nazi zombies. Oh how far we’ve come since then...

The story takes place in the year 2011, where a radical leader has executed the president of an unnamed country in the Middle East, and an ultranationalist movement ignites a civil war in Russia.

It’s funny to hear the narrator say “this game has not yet been rated” after seeing how much impact this game had on the industry. Call of Duty 4: Modern Warfare was the template for pretty much everything the Call of Duty franchise relies on to this very day; strong story mechanics packed to the brim with unbelievably fun multiplayer battles. Bloody, hyperviolent, and disgusting at points, the original Modern Warfare is still one of the greatest games ever made, even ten years after it was first released.

While the reboot was a step in the right direction for Activision/Blizzard, the higher quality graphics can’t hold a candle to the wit and creativity that the story mode of Call of Duty: Modern Warfare 4 has. The final level of the game encompasses what every failed war movie struggles to achieve: emotional totality with its audience.

And while the multiplayer was a breath of fresh air for many fans, new and old at the time, the story of this game stands the test of time.

Alright alright I’ll level with you. The top two games on this list are like The Godfather or first two Star Wars films; interchangeable depending on the moment. Yet, Call of Duty: Modern Warfare 2 is a game that goes beyond its predecessor, a game whose expectations were not only defied, but absolutely destroyed.

The game's campaign follows Task Force 141, a special forces unit fronted by Captain Soap MacTavish, as they hunt Vladimir Makarov, leader of the Russian Ultranationalist party, and the United States Army Rangers, who are defending the country from a Russian invasion.

The multiplayer is as exceptional as the story is. It's packed to the brim with so many engaging moments that it is hard to pick just one. Within 24 hours of release, the game sold approximately 4.7 million copies in North America and the United Kingdom… and that anticipation certainly carried over while those almost five million copies were getting played. It's actually the 33rd best-selling video game of all time!

Filled with action and 80’s Schwarzenegger heroics, this game won’t ever get stale. Hell, even the 2020 remake released in March pales in comparison!

What’d you think? Does this list match yours? Let us know your thoughts!