This is what you need to know about the new Legend Catalyst, and everything coming in Apex Legends Season 15.

Apex Legends is in the midst of a fun Halloween event, but Season 15 is fast approaching. As always, that comes with a new hero getting added. Catalyst is going to be Apex Legend’s newest hero. They’re hitting the game pretty soon. This latest hero has some interesting new abilities. They’re also Apex Legend’s first transgender character.

The new Legend is going to be Catalyst, a terraformer with a defensive playstyle that can reshape the world around you. The character is due to arrive alongside the next Season. We don’t have their exact abilities yet. However, a past leak has shown off some of what the character’s powers are going to be. Apex Legends Season 15 has been shown off a little bit, going under the name Apex Legends Eclipse. This is what’s coming along with the new Hero. Apex Legends Season 15’s headline new feature is going to be Catalyst. This is the new Legend that will join Apex in November.

Catalyst’s real name is Tressa Smith. She’s the first trans character to be added into the game. Respawn have been working with GLAAD and their own transgender employees while developing the character to make sure it’s an accurate portrayal.

As with all new additions, there’s a short to give a bit of lore to the game and explain the background of the new character. This new Stories from the Outlands shows her background. She was part of a group that protected their home, a moon of the planet Boreas called Cleo. This was being mined by the Hammond Robotics corporation, to the point of ecological disaster. Tressa’s involvement in efforts to stop this led to her becoming part of the Apex Games.

The full abilities of this legend haven’t’ been official announced yet, but we have some information. Respawn has described character and her lore will likely tie into her abilities. They’ve said “The experienced terraformer and defensive conjurer Tressa Smith uses her remarkable control of ferrofluid to manipulate the battlefield.”

As a terrorform, we can probably expect Catalyst to interact with the environment itself. Since this will be a defensive Legend, they may have some power in the same vein as Wattson. Such as the abilities to create blockages and areas to give a team a protective base of operations.

A version of Catalyst leaked while earlier in development. We don’t know if things have changed, since this is a pretty old leak at this point. However, this is what was initially leaked as the abilities for Catalyst:

These sound kind of like Apex is getting a Legend who’s abilities is cranking 90s. We’ll have to wait and see how the abilities have changed when Catalyst releases in full though. 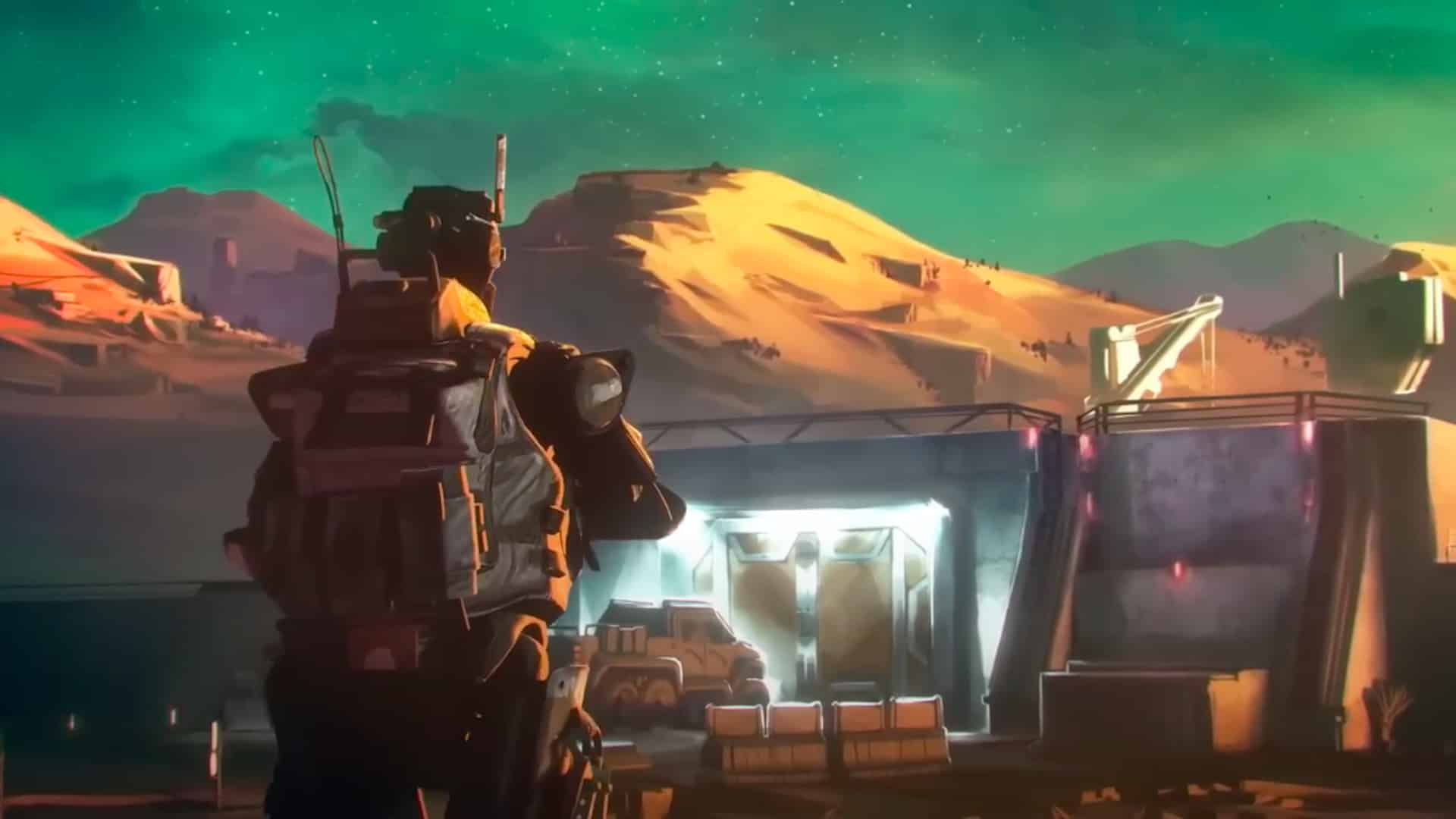 Catalyst isn’t going to be the only new feature coming with Apex Season 15. There will also be a new map hitting the game. This is a more closely guarded secret. However, we can expect it to be varied compared to the current inclusions.

The new map is going to be a fifth to join the game. Compared to Fortnite, Apex has a slightly more supportive way of handling maps. There is usually a map outside of the rotation for each season, not just replacing each map. However, another hitting the game for the latest season poses an interesting question. Fans are speculating if the new map will mean two get left out, or if we’ll see an extra map added into rotation each season from now on.

Current rumours about the new map point towards it being “Divided Moon”. At least that’s the codename.

If this turns out to be true, it’ll likely tie into Catalyst’s backstory and the moon that has been partially destroyed. There’s been enough teases so far that we can likely expect this moon to be the staging ground for the Apex Games in the coming season.

The new map being the moon home of Catalyst really fits in with all the hints so far. It even makes sense for the Eclipse name, being a moon.  This is part of the leak of an early development build for the new map, with obviously not-final graphics!

One new feature that we’ve already gotten full details on are the Gift system! Apex is getting a new mechanic where you can directly gift things to other players. This will allow you to purchase cosmetics for other players the same way that you’d buy them for yourself. You can do single items, and even bundles.

There are some limits to gifts though. Players can’t gift Apex coins directly. Nor can they gift Thematic Packs collection items at least to begin with. Players will also have to have login verification set-up, and be on at least level 10 in the game.

The new Season of Apex Legends is going to bring a brand-new Legend with Catalyst, but also new content for those who are sticking with their old main. There’s due to be some fun new weapons. Along with new Heirlooms. This is a nice touch as Apex Mobile is currently receiving customizable Apex Legends cosmetics. Something which players have been requesting for the main game’s heirlooms for some time, and would be nice to have in both titles.

We don’t have full details of new weapons just yet. However, it does seem that Divided Moon will be getting some fun new content. Some players have managed to spot a new type of transportation in teasers so far. It looks like there are going to be new cable cars hanging over a map. These might be able to give players an arial route around the game, or even a perch for a skilled sniper.

Apex Legends Season 15 and Catalyst are going to be released next month. The new season is due to launch on November 1st, as the Halloween event ends. Although, this could change closer to the time.