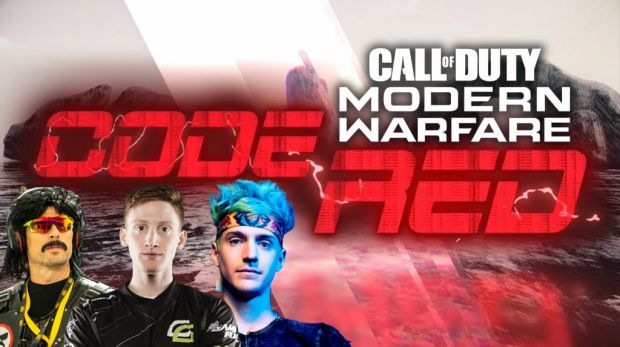 Yesterday, November 25, BoomTV and ZippoGaming hosted the latest Code Red tournament. This time, the game was Call of Duty: Modern Warfare. Teams of 2 faced off in the new 2v2 Gunfight game mode and competed for a $10K USD prize pool. CoD legends such as Seth “Scump” Abner and Matthew “FormaL” Piper teamed up with streamers and content creators such as Tyler “Ninja” Blevins and Guy “Dr Disrespect” Beahm IV.

The tournament consisted of all varieties of team comps. Some duos were both CoD pros, some had one pro and one streamer, and sometimes neither player had competitive CoD experience. Most would probably assume that the teams with two pro players would dominate right?

As it turns out, this isn’t exactly what happened. Professional Fortnite player Aydan “Ghost Aydan” Conrad and John “2Pac ThuGLorD” came away with the first-place trophy and $5K USD in prize money. It was not an easy road to victory either. They had perhaps the hardest path in the entire bracket. Aydan and 2Pac ThuGLorD had to go through three teams of professional CoD players on their way to first-place. They knocked the team consisting of former CoD pro and current 100 Thieves CEO, Matthew “Nadeshot” Haag and Scump to the losers bracket early on. In the Winners Finals, Aydan and 2Pac ThuGLorD beat out Damon “Karma” Barlow and Sam “Octane” Larew, both members of the CoD League team Seattle Surge. Finally, in the Grand Finals, they finished off Thomas TJHaLy” Haly and Josiah “Slacked” Berry in dominating 2-0 fashion.

A rundown of the final placements for the top three teams can be found below. The extensive winners and losers brackets with all the teams, players and scores can be found here via BoomTV.

Thank you @Zippo_Gaming for powering this Event! Additionally, thank you to all those that watched and participated! pic.twitter.com/UysP8JsgmN

There were a few surprises on the day. First of all, seeing a professional Fortnite pro takedown professional CoD players in their own game comes as a shock. This can largely be contributed to the performance of rising star and aspiring pro, 2Pac ThuGLorD. 2Pac ThuGLorD is not new to CoD, he is considered a top Search and Destroy (S&D) player and claims to have the most gold medals and earnings in online CoD tournaments. His experience in S&D, another game mode where players have one life, certainly transferred over to the 2v2 Gunfight mode. 2Pac ThuGLorD tweeted out afterward that his Twitch and Twitter blew up following the victory. This was a huge day for not only Aydan but the up and coming 2Pac ThuGLorD as well. 2Pac ThuGLorD is a name to keep an eye on in the future of competitive Call of Duty.

What a crazy crazy day.

I just can't believe all the things happening in my life right now. I just want to say thank you to everyone again <3

Aside from Aydan, most of the streamers and content creators that don’t usually play CoD competitively struggled. DrDisrespect consistently finished games negative, even going 4-14 in one game. His teammate, Chicago Huntsman member FormaL, carried some of the slack but it wasn’t enough to get them past the fourth round of the Losers Bracket. Ninja had similar difficulties. Even when matched up against teams with just one pro player, Ninja had a hard time finishing positive. While underdog stories and upsets can happen, like with Aydan and 2Pac ThuGLorD, it was not the norm.

With the Call of Duty League Season still months away, small, fun tournaments like these are a nice way to fill the break. It gives pro players a chance to itch that competitive scratch while also giving big streamers another avenue to entertain their fans. The Code Red Tournament served as a perfect appetizer for the new Modern Warfare esports scene.