The term “grief” in competitive gaming references the act of one player purposely sabotaging another player’s game. It's something that can happen for a variety of reasons. Unfortunately, at times, the competitive atmosphere in gaming breeds players who are willing to go to extreme lengths to ruin another player’s path to victory.

With a $250K prize pool on the line, many of the world’s best Fortnite competitors filled the Elmia Convention Center in Jönköping, Sweden. This open bring your computer (BYOC) tournament featured players primarily from Europe and North America. These competitors participated in several heats, which built up to the grand finals. With so few LAN tournaments in competitive Fortnite, the result would ultimately validate the winner as one of the world’s best players.

LAN events in Fortnite, at times, can be as unpredictable as online events. Regardless of this, LAN events are always the quintessential measuring stick for a player’s skill.

Top of the Leaderboard

Christophe of Team MCES won the first game of the DreamHack Winter 2019 Grand Finals on December 1st and continued to play well throughout his remaining matches. He sat comfortably in first place heading into match number seven of the tournament with victory within his grasp.

The top of the leaderboard consisted of Christophe in first and eventual tournament champion, NoFlex Merijn, in second place. Two matches remained, and the top ten point earners were in a high position to claim victory.

Two matches sat between Christophe and a $30K USD grand prize. Professional player, Jaden “Wolfiez” Ashman fired up his Twitch stream shortly before players loaded into the Battle Bus for the penultimate match. At that point in the competition, Ashman was far out of contention and had virtually nothing to play for except his final standing. The Fortnite World Cup Duo runner-up decided to grief other players and did so on his stream for his viewers.

Ashman dropped in on a popular point of interest (POI) located in Slurpy Swamp. Christophe, Ashman and multiple other players populated the POI to loot and rotate out as the storm circle pulled far away from Slurpy Swamp. 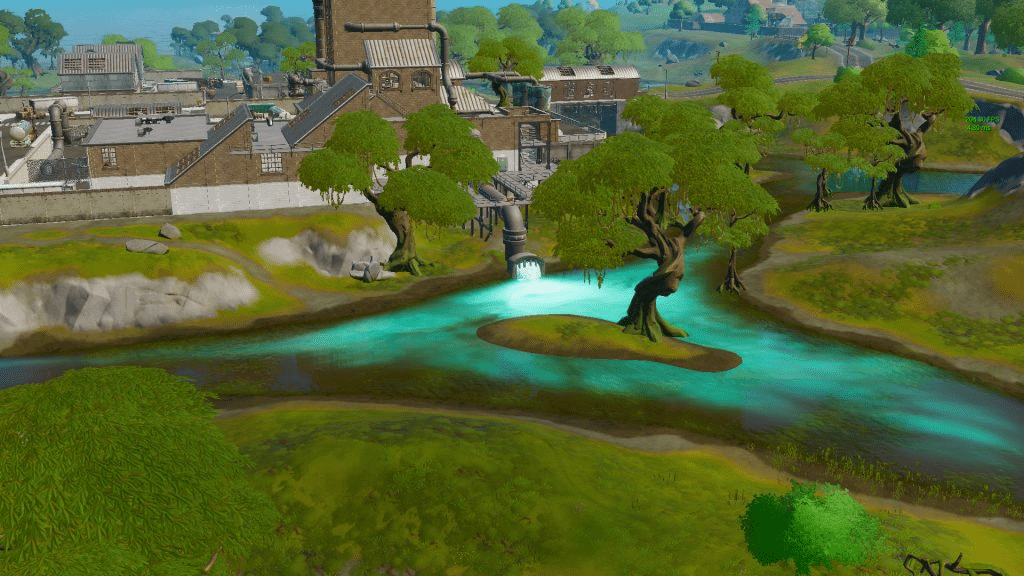 Christophe sat in a prime position to perhaps retain his lead in the tournament, but this would shortly come to an end.

Both Ashman and Christophe looted buildings inside Slurpy Swamp and fell far behind the storm circle. Ashman showed no intention of rotating early and instead sat in a cone located just outside of Slurpy Swamp in a nearby factory. Christophe began a late rotation out of the factory, choosing a zipline as his method of mobility. Only as Christophe attached to the zipline, Ashman edited out of his cone and fired on the Team MCES member without mercy.

Although this attack did not eliminate Christophe instantly, Ashman ruined what could have been a tournament-winning effort. Christophe ultimately finished 82nd out of 100 players in match seven and earned no eliminations. This zero-point effort moved him down to second-place where he remained at the end of the DreamHack Winter 2019 Fortnite Open.

Thx a lot my best friend ❤

The Aftermath of the Incident

Whether Ashman explicitly intended to grief Christophe’s potential tournament victory is up for debate. Neither Ashman nor Christophe have publicly addressed the incident in game seven of the Fortnite competition. The only dialogue that took place between the two players is a congratulatory Tweet offered by Ashman on Twitter. It’s difficult to ignore the fact that Christophe could have won the tournament had he not fell to Ashman in game seven.

Ashman’s talent is unquestionable, which is evident considering his second-place finish at the Fortnite World Cup alongside Dave “Rojo” Jong. There is a certain unfortunate feeling that surrounds this situation as Christophe was a mere three points from victory when the tournament came to a close.

Christophe’s general demeanor after DreamHack Winter 2019 showed that he wanted to move on. Regardless of the unfortunate situation, Christophe still bagged $15K USD. He seemed satisfied with his overall performance as it served to validate his skills in Fortnite.

Andilex has popped up on leaderboards in the past. He and his teammates Evan “DRG” Depauw, Jeremy “4zr” Dang and Howard “Noward” Castiaux have won two of the four Fortnite Champion Series qualifiers. They are one of the favorites heading into the Season Finals. Nevertheless, there is a massive difference between winning a major Fortnite LAN tournament and finishing in second place.

ESTNN reached out to Christophe for comment, and he confirmed his belief that Ashman purposely landed in Slurpy Swamp to ruin his tournament.

“He grieved me in game 7,” said Christophe in a conversation regarding the incident at DreamHack Winter 2019. “He knew I was spawning there and wanted me to not win. He targeted me, looted the building close to my spawn so he could rotate very fast.”

We asked Christoph if he’s confronted Ashman on the matter, to which he responded: “Nope don’t want to talk to him.”

We contacted Ashman for a statement, but he declined to comment.

It feels as though Epic Games and Fortnite tournament organizers should look deeper into policing grievers. A potential solution to this issue could be for Epic Games to offer an option of completely blanking out leaderboards except for points. Each player could possess the ability to see their name and what place they are in on the leaderboard, but not where other players rank. Professional players and their landing spots in Fortnite are public knowledge at this point. Competitors are in full control of their actions and could very well drop alongside a player who is high up the leaderboard and effectively end their tournament.

Epic Games’ ruleset does not address grieving, so perhaps it is just not on their radar. The rules only address collusion and hacking methods that undoubtedly lend a competitive advantage. Many treat grieving as a gray area because it happens so often that most competitive players have grown accustomed to it. Competitors tend to overuse the term in competitive Fortnite. A common misuse of the word occurs when one player contests another at the same landing spot.

Even though Fortnite is still young in its esports history, there are a lot of variables that can alter the way a tournament plays out. Epic Games has yet to address grieving in competitive Fortnite competitions, and we will have to see if a resolution ever comes to fruition.