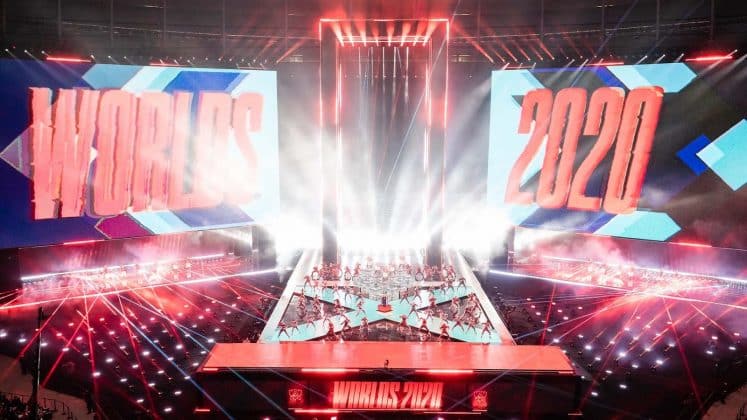 The battles that grabbed viewers' attention in 2020, and the most notable moments of the year, here's what spectators found fascinating.

More than a mere hobby for many people, esports is now a multi million dollar industry; with the numbers of professional gamers getting into this form of professional sports competition increasing day by day.

Players come together to compete against each other in high-stakes competitions for massive prize pools. With esports skyrocketing in popularity, there are more than a few events that have caught viewers' attention.

We take a look at some of the biggest moments of 2020.

The 2020 Worlds Championship takes first place. The battle between Sunning Gaming and Damwon Gaming gained 3,8M Peak Viewers. Not enough, however, to beat the record of Worlds 2019. 2020 World's viewership missed out on beating their previous record by just two percent.

Mobile gaming started to take the world by storm last year, thanks in no small part to the spread of the Coronavirus pandemic. When Season 6 of popular Mobile Legends: Bang Bang took place in Indonesia last year, over 1 Million viewers tuned into the finals between Alter Ego and RRQ. That's some pretty impressive metrics.

By comparison, the final match of Season 5 between RRQ and EVOS drew around 825k viewers.

Back in 2019, Arena of Valor was the most popular mobile game by Hours Watched. But they didn't draw as many viewers as ML:BB in 2020. The AoV Premiere League Finals for 2020 saw Flash Wolves face off against Buriram United Esports and peaking at 670K viewers.

Obviously the CS:GO event that stood out the most was IEM Katowice 2020.  IEM is the crown of the CS:GO pro circuit, and Katowice, held back in February, was one of the few LAN events 2020 gave us. The finals between Na`Vi and G2 drew 1 Million viewers.

League of Legend's regional tournaments also proved popular with viewers, with both Korea's LCK and the LEC in Europe drawing in fans during the pandemic lock downs.

T1 and Gen.G especially seemed to draw the crowds. Both teams had almost the same number of peak viewers during their matches.The two teams have something of a rivalry, having faced off against each other in the Finals before. But 2020's LCK finals were a blitz for Gen.G. They knocked out T1, 3-0, in a victory that shocked T1 fans everywhere.

2020 was a tough year for esports, but with organizers looking into new and innovative ways to bring tournaments to players and fans, we're confident that 2021 will bring us plenty more tournament highlights — both online and off!