Michael Jordan And Drake Are The Newest Esports Investors 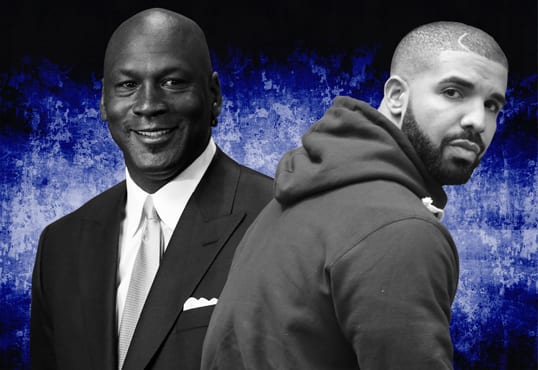 NBA legend Michael Jordan and rap superstar Drake are the newest names to invest in the world of esports. Michael Jordan invested in aXiomatic, a large esports ownership group who are the owners of Team Liquid. Drake along with Scooter Braun and Dan Gilbert invested $25 million in the esports company 100 Thieves.

They join celebrity investors of the likes of Jennifer Lopez, Shaquille O'Neal, Stephen Curry, Marshawn Lynch, Michael Strahan, and Alex Rodriguez. Additional investors include Robert Kraft, owner of the New England Patriots, Mark Cuban, owner of the Dallas Mavericks, and Stan Kroenke, owner of the LA Rams, Denver Nuggets and Colorado Avalanche. These investors are quickly turning esports mainstream and are hoping to cash in on the lucrative video game market.

Let's take a look at the revenue of the top entertainment vehicles.

The global music industries revenue for 2017 was $17.6 billion US dollars. Source.

The global movie box office revenue for 2017 was $39.9 billion US dollars. Source.

The global video game industries revenue for 2017 was $108.9 billion US dollars. Source.

It has taken a long time for investors to find a way to get their money safely into video games. Plenty of successful game developers and publishers go bankrupt even after successful game launches. We saw Curt Schilling of the MLB lose roughly $50 million of his own money trying to start a video game company. However, with esports spawning successful apparel companies, streaming platforms and star athletes of their own, investing in gaming has become safer.

One example is Blizzard's Overwatch League (OWL). The OWL is the first professional esports league run like a major sports league. Only time will tell if these ventures will provide long-term returns like that of a major sports team or if something new will come along first.