How to Earn a Nuke in Warzone 2 Nukes have been a part of almost every recent Call of Duty game. While they’ve featured different names in different games, a match ending killstreak, usually earned from 25 or 30 consecutive kills has been a challenge to grind for many players. Rumours of a nuke in Warzone 2 have been circulating since release, and today someone finally earned it.

Wagnificent, OPMarked and StellarMoves were the first people in the world to successfully complete the Champions Quest contract and set off a nuke in Warzone 2. Here’s how they did it.

How to Arm the Nuke in Warzone 2: Step by Step

Earning a nuke in Warzone 2 is not as simple as you may think. First of all, it isn’t available in every game. Players will need to win a certain number of games in a row before they gain the ability to arm the nuke. The suggested number of wins in a row needed as of writing is 5.

As mentioned, it is believed you need to win five matches in a row before earning the ability to execute the Champions Quest contract. You’ll know you have the chance to complete the contract when loading in, as you’ll see three WZ emblems on the map locating different areas to pick up the contract from. 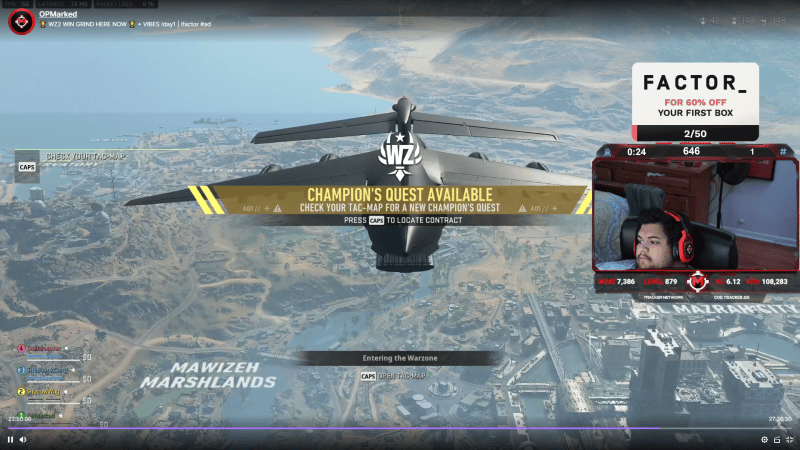 This contract will set you and your team on a quest to find three elements, Beryllium, Plutonium & Tritium. Each of these elements have a negative effect on the player holding them, and any squadmates within the area.

Beryllium will activate a tracking device on the player holding the element. This is similar to a Most Wanted contract, and will allow every player in the lobby to see you on their map.

Plutonium will activate a radiation leak. This does small amounts of damage to the player holding the element at all times, and also has the same effect on any squadmates nearby, so be sure to stock up on armour plates if you’re doing the Champions Quest.

Tritium will activate a scrambling radar for the player holding and any squadmates in close proximity. These negative effects of the elements mean that you could separate the squad to avoid all members receiving the effects. However, this may leave you vulnerable if a full squad attacks.

After collecting all elements,a jailbreak is initiated. This means that all spectating players will be redeployed, making it even harder to complete the contract. At the start of zone 4, a plane will fly over and drop down the nuke on the map. Next, you’ll have five minutes to locate the bomb site and arm the nuke. Now, you’ll need to defend the nuke for two minutes from other players in the match before it explodes, and you become the winning team. When Does Warzone 2 Go Live? Release Date and All Info