Listen, many of us want to become a professional gamer.

Having the opportunity to play the games we love and make money from them too, is every gamer's dream. There is also the fame aspect to consider as well, as many gaming pros have become famous on the esports circuit. You might be following the careers and gaming triumphs of these popular esports players, for example.

With the opportunity to make millions, and with the chance to become recognized for your gaming talents, you might be itching to make it onto the pro circuit as soon as possible.

And hey, for all we know, you might become the next big thing in the arena. However, as with any sport, you won't stand a chance if you don't have what it takes. Many people try and fail at esports, and while some of them rise like a phoenix from the ashes to try again, others fall by the wayside, humbled by those who are quite clearly better than them.

So, if you are interested in a career in esports, read our article on getting started. With some useful advice within, you might be on the road to fame and fortune before you know it. But to give yourself even half a chance at making it, you do need to level up your gaming skills, and in this article, we are going to offer you a few useful suggestions on how to do so.

You won't get anywhere if you don't practice. As with any skill, you need to be able to master it if you want to find success. Many esports players treat what they do as a full-time job, honing their gaming talents for hours at a time. You might not have the same opportunities to do this at the moment, especially if you have a 9-5 job to attend, but you should still try to find the hours in the day to practice if you want to stand any chance at all of making it big.

Of course, you don't want to damage yourself in the process. Remember to eat and exercise, as while you should play as often as you can; you do need to prioritize your health over your gaming. This is what pro gamers do anyway as, without the mental and physical energy needed for playing in tournaments, they wouldn't stand a chance of winning.

For starters, consider the kinds of games you are good at. These are the games that you might one day play at a competitive level, so hone your skills with them.

However, think outside of the norm when choosing your titles. There are many games being played in the esports arenas, including mega-popular titles such as Fortnite, COD, and Overwatch. While we wouldn't tell you not to focus on these games if you think you have what it takes to succeed with them, you might still consider those titles that aren't so overpopulated.

You might also consider VR. The esports community has finally begun to embrace this (relatively) new technology as a competitive platform, so if you have a PC or console with VR capabilities, you might want to choose those games that might one day make it big on the circuit. These are the best VR games for HTC Vive, for example. 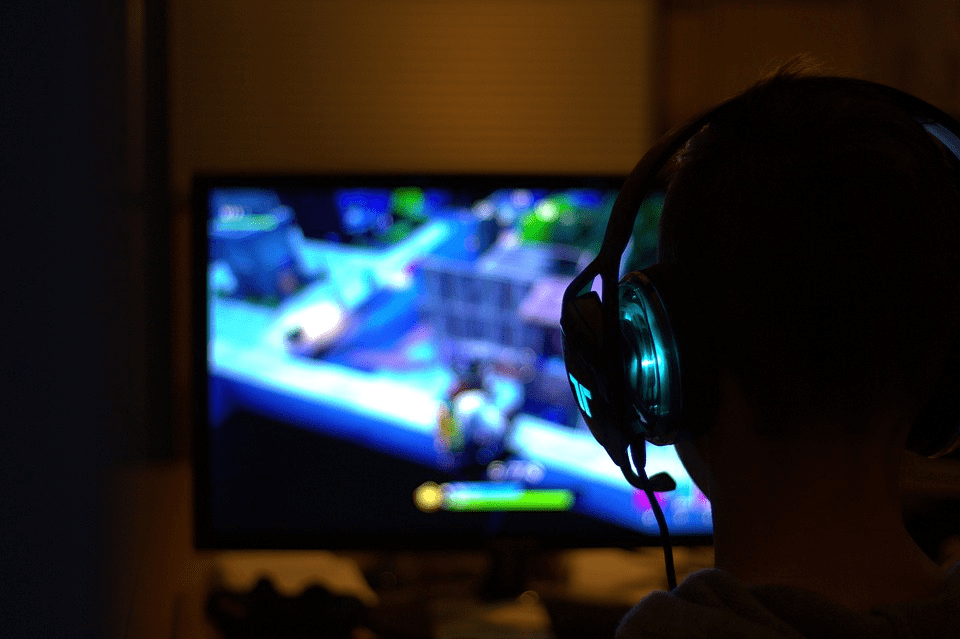 And when we say other players, we are talking about the best of the best. So, subscribe to the Twitch feeds of those esport and non-esport players and watch what they do. Talk to them online too and ask for their advice. Subscribe to the relevant YouTube channels too, and if you have the opportunity to get along to any competitive gaming events, then do so.

You should also take the time to watch others when you're playing. This isn't so easy, we know, especially when playing fast-moving games such as Fortnite, but if you get the opportunity to find a hiding spot, keep an eye on the gamers playing around you. And should you be a Fortnite player, don't quit the game after being eliminated. After dying, you have the opportunity to follow on-screen the person who shot you, so sit back and watch how they play, and you might get some tips on the tactics they use to beat you and other players.

#4: Play people better than you

Don't join beginner ranks in an effort to show dominance over new players. Don't just play against those friends who have fewer skills at certain games than you do. To be the best, you have to beat the best, so challenge yourself. Be it online or offline, play against the people that are tough to beat. Sure, it might be frustrating if you face failure more often than not, but with grit and determination, you will one day start to nail down their tactics. You will be forced to play in new ways in order to survive. Eventually, you will start to beat even the most difficult foes. And when you do, you will be one step closer to having the skills for the big leagues. You see, the people who succeed at esports are the best of the best, so you need to have what it takes to face them head-on.

Are there any local gaming groups in your community? Do you know people who are already part of a gaming team? Find these people and join them, be that through talking with people you know or by using sites such as meetup.com to find people near you. These are the people that will help you to hone your skills. They might have tips and tricks to help you play your favorite games. And they might one day form the backbone of a team that can play at a competitive level.

We hope you become the next big thing in the world of esports, but try to be realistic. If you know you don't have the gaming prowess right now, do what it takes to level up your skills. Fame and fortune might then be yours, with a career path based around your gaming passion.

Let us know your thoughts, and please share any tips you have for our readers.