Get On My Level 2019: Making Canadian Fighting Game History Toronto’s largest Super Smash Bros. Ultimate tournament will be making fighting game history once again this year at Get On My Level 2019 hosted by Even Matchup Gaming.

“Myself and the EMG team could not be happier with the growth GOML has seen year to year,” Joseph Cribari, the Director of Esports at Even Matchup Gaming, said. “We are especially excited to welcome the FGC and Smash Ultimate for the first time. We can't wait for what’s to come next week! Massive shoutouts to the community for rallying around the event and allowing us to continue to take GOML to the next level.”

Players who have been involved in Get On My Level early on include Mew2King, as well as MKLeo from Echo Fox.

“This is the most stacked year yet,” Cribari told ESTNN. “We have some of the best of the best competing in both Smash and the FGC including C9 Mang0, TSM Leffen, NRG Nairo, NRG HookGangGod and many more.”

Cribari added how this level of talent at the event is integral to Even Matchup Gaming’s success. “We're really looking forward to seeing who comes out on top in the bracket,” he said.

Get On My Level is scheduled to take place at the Exhibition Place on May 17, 18 and 19. This year, it will take place in the Better Living Centre, which has a dedicated space of over 50,000 sq ft for competitors and fans of fighting games. The address is 195 Princes’ Blvd, Toronto, ON M6K 3C3, Canada.

The location will also be a 24-hour venue, a first for Get On My Level and a chance for players and the community to game throughout the night. Since Get On My Level will also be partnering up with the WorldGaming Network's Northern Fights event for the first time ever, so attendees would get to see other games like Dragon Ball FighterZ, Street Fighter V and Tekken 7 on the grand stage.

Of course, for collectors and fans who enjoy artwork, there will be a fighting games inspired artist alley at the venue to support both local and international artists.

For Super Smash Bros. enthusiasts who would like to volunteer for the tournament, they can head on over to Even Match Gaming’s volunteer application form.

As for spectators who love the games and are there to support their favourite players, they can purchase a three-day pass. One-day passes will also available to purchase in-person at the venue. All the proceeds will be going into each game’s respective prize pools.

To catch all the excitement online, fans can tune into the live-streams between May 17 and 19 on Even Match Gaming’s official Twitch channel.

For international attendees, there are two airports they can reach from the venue. While the Toronto Pearson International Airport (YYZ) is approximately a 20-minute drive, the Billy Bishop Toronto City Airport (YTZ) can be reached in five to eight minutes.

As for those planning to stay at a hotel, Even Match Gaming recommends two nearby ones to check in at. Hotel X is located at 111 Princes' Boulevard and has a 4.5-star rating. Attendees can reserve a spot via the hotel’s website or by calling them at 647-943-9300. This hotel is within minutes of walking and driving distance of the Better Living Centre venue.

Another nearby hotel is The Westin Harbour Castle, which is located at 1 Harbour Square, Toronto, ON M5J 1A6. It’s about a 10-minute drive from the Better Living Centre and has a rating of four out of five stars. To book a room, attendees must either call the hotel at 416-869-1600 or visit its booking website.

Even Match Gaming, a company that is now part of New Wave Holdings Corp., boasts a strong portfolio of events for the Revenge of the 6ix regional circuit, EGLX, Dreamhack, as well as the Canada Cup. The parent company, New Wave Holdings Corp. is a recently established esports investment and competitive gaming company led by industry veterans Daniel Mitre and Tolga Onuk.

Toronto’s largest Super Smash Bros. Ultimate tournament draws near with Get On My Level 2019 that’s happening on May 17, 18 and 19. Legends and up-and-coming players alike will be able to take their gaming to the next level soon, and Even Match Gaming hopes everyone is excited to be a part of epic fighting game history. 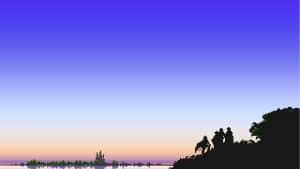 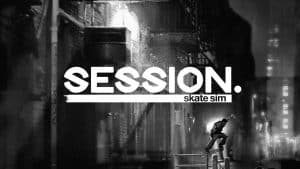 How Esports And Gaming Are Bringing The Fight To COVID-19 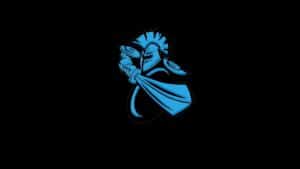