Call of Duty: Warzone is Finally Out 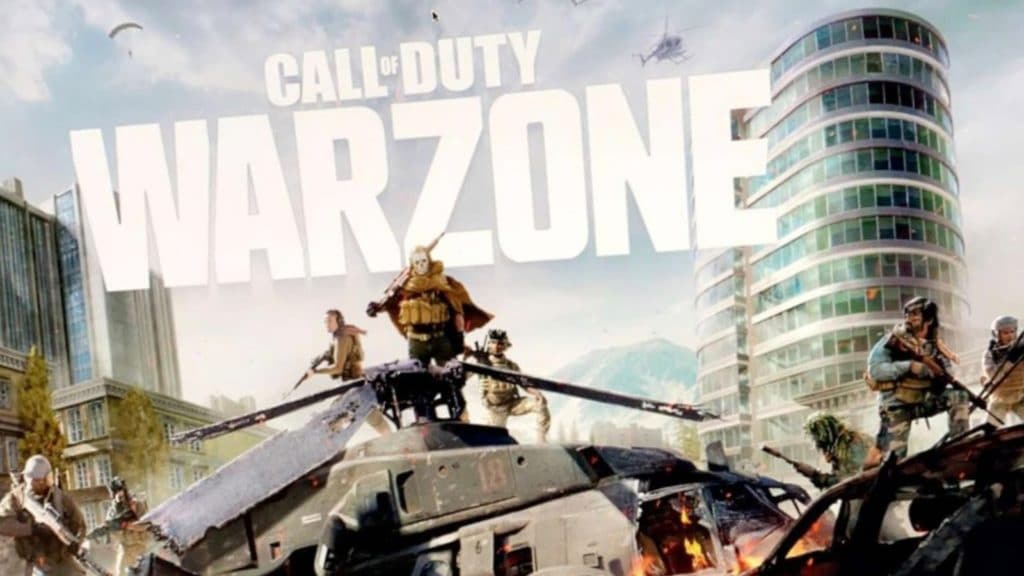 “Back to Activision! Call of Duty fans have longed to hear it... the Battle Royale mode is finally here!

After weeks of leaks, rumors, and in-depth ESTNN staff analysis, Call of Duty: Warzone is finally here and fans are going crazy. The game started trending on Twitter in less than ten minutes, with fans praising the high caliber of Warzone (while also critiquing it within seconds).

The first matches of the latest Battle Royale were covered by our esports correspondent, Harvey Pizza. He was live on the scene watching (hacking the mainframe of course)/

The latest carnation of Call of Duty has been hyped up for months now. The game is “Free-to-play,” also allowing support for over 200 players at a time. It has Solos, Duos, Trios, and Squads at your disposal, and features a brand new ping system similar to that of Apex Legends, a plunder system ready to go, and a match win in Gulag to respawn.

Warzone is one of the most sought after projects in COD community history. It is in the same category as Zombies or even the original incarnation. In their latest patch update, Activision had this to say about Call of Duty: Warzone.

Welcome to Warzone – a massive new combat experience where up to 150 players take the role of a veteran Tier 1 Operator and drop in to the dense and sprawling world of Verdansk. Warzone is a game-changer packed with non-stop and endless action that’s free-to-play and free-for-everyone! You do not need to own the full version of Call of Duty: Modern Warfare to download, play and enjoy Warzone. Call of Duty: Warzone is free for everyone. At launch, players can squad up in trios with their friends on Playstation® 4, Battle.net for PC, or Xbox One across two game modes: Battle Royale and Plunder.

In Battle Royale, fight to be the last squad standing while escaping the deadly gas in the swiftly closing circle with up to 150 players.

In Plunder, the race is on to collect the most in-match Cash by looting across the map, taking down enemies to steal their Cash, and completing in-match Contracts.

Warzone takes place in Verdansk, an expansive city with multiple named zones and well over 300 points of interest. Each zone features distinct landmarks like the Gorengard Lumber Yard or the Gora Dam; the zones take place across different environment types like cities and rural areas for unique engagements. Change up your drop location in each match to get a better lay of the land and take advantage of what Verdansk has to offer.

With all that being said, one of the more exciting elements of Warzone comes from the additional new vehicles that have been added this time around.

Protip: if you ever need to escape the gas in the closing circle or get to another zone? Take a vehicle.

Here’s an overview of the five vehicle types that are populated throughout the world in Warzone:

Upon your first elimination, you will be taken as a “Prisoner of Warzone” and thrown into the Gulag. From then on, you will await your fate and watch fellow prisoners fight to the death.

When your turn is up, you’ll enter the Gulag and face-off against a single opponent in a 1v1 to earn the ultimate reward - redeployment. Win in the Gulag and earn redeployment back into Verdansk. Lose and hope that your squad completes Contracts and earns enough in-match Cash to redeploy you. Pretty serious shit, but nothing all too new in the scheme of Modern Warfare.

So, now that the hype and can finally die a sweet peaceful death, what are fans saying about this massive COD installment? From professionals to seasoned fans, it seems like everybody is having a good time. So, far, there have been reports of astringent loading issues. However, that is common with a massively self-contained multiplayer game like this on launch day.

This one parody got us dying of laughter!

A Note On Consistency

With the amount of hype and rumor mill fodder than this installment of Call of Duty went through, this is a game that fans will be content with for quite some time. It feels surreal now that it has finally been released. The hype itself becoming a seemingly unending meme of “will they, won’t they, what the hell are they doing” for months on end.

Props to Blizzard/Activision for actually following through with Call of Duty: Warzone on time. Let’s all hope come when the next game comes in November, fans are much more patient and much less bloodthirsty for even larger battles of electronic systematic carnage.