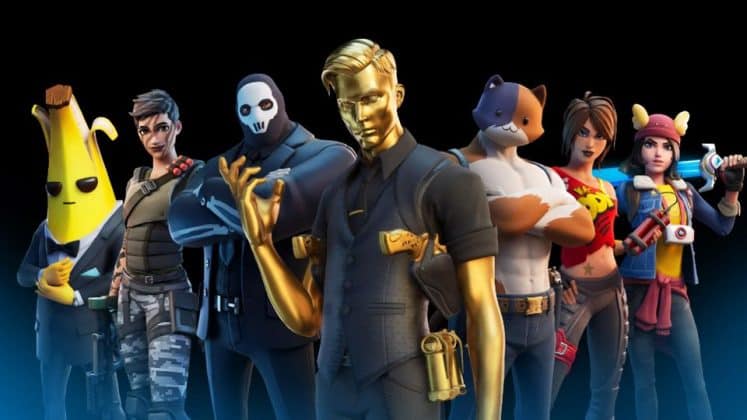 With the introduction of Chapter 2 Season 2, Fortnite has a wealth of new additions to enjoy.

A brand new season has arrived in Fortnite, further enhancing the battle royale experience from Epic Games. The latest season has introduced a wealth of new features, including new Fortnite items in the Fortnite shop, a new Battle Pass area, Fortnite skins and much more. With that being said, let's take a look at what new features are available in season 2.

Two new factions, entitled Ghost and Shadow, have been introduced to Fortnite. There hasn't been much revealed so far in terms of what surrounds these organizations, but what we know so far is that there is a new range of features that come with them.

For example, we now have new locations, bringing new challenges to the Fortnite Battle Royale experience. There are also new NPC bosses and henchmen for you to look out for, so be wary on the battlefield. This introduction may lead to new skins over the horizon, but it is more of a wait and see kind of situation.

New areas of interest are of the utmost importance when it comes to updates to the game. Thankfully, season 2 continues this tradition with five new areas. These areas include the Agency, the Shark, the Grotto, the Yacht and the Rig. These are all accompanied by their very own henchmen, bosses, and vaults for you to explore. Just be wary of the security cameras that can detect you!

Over in E4 is where you will find the Agency. By navigating the air vents within, you will be able to claim the Drum Gun if you overcome Agent Midas. Meanwhile, you can find the Shark in the B1 location of the map. This sandy location comes equipped with a secret base in a shark-shaped cave. By defeating Agent Skye here, you can take her Assault Rifle as a trophy. At H5, you'll come across the underground base known as the Grotto. Here will be occupied by Agent Brutus, who will give up the minigun if you manage to beat him. Not far from the Shark location is the Rig at B7. Agent TNTina takes control of this base, so if you are willing to take the risk of going off the coast you can get your hands off the Ka-Boo Bow. Finally, the Yacht at H1 takes on a feline theme. Here you will find cat-like features surrounding a gym, a massive litter tray and the inhabitant known as Agent Meowscles. Beating Meowscles will net you the Peow Peow AK variant.

Now that we have taken a look at the new locations within Fortnite, here is a list of weapons and items that you will be able to explore the new areas with:

Keep in mind that there is also the new Fortnite weapons from the various agents, as well as other variants of certain items. This includes a box, which is a new version of the bushes used to keep you out of sight.

If you have craved a more customizable character scheme found in many RPG titles we see today, then this is possibly as close as Fortnite has come so far. The Maya character gives you far more customization options that have been available than before. In fact, there are 10 different features you can change, ranging from her hairstyle, vest, tattoos, helmet, sleeves, pants color, boots, face paint, shirt colors, and her scarf. There are also new challenges, though hitting 250 damage with your assault rifle doesn't seem too much of a feat.

Fortnite items, new locations and much more have been delivered with the introduction of season 2. With more content set to be unleashed on the popular battle royale title from Epic Games, fans have a lot to look forward to. There are plenty of new locations, weapons and more for you to be getting on with in the meantime, so be sure to make the most of the new introductions that have arrived in Fortnite Chapter 2.