The biggest reasons for why you should buy into the AoC hype.

Ashes of Creation is an upcoming MMORPG being developed by Intrepid Studios that has the potential to redefine the genre. The game systems and design philosophies behind AoC make it an extremely promising game. If you're not familiar with it, our "Ashes of Creation: Everything You Need To Know" guide goes through the core principles and systems of AoC to help you figure out exactly what makes the game special. But if the raw information isn't enough to convince you, we're breaking down some of the top reasons this game should excite you, especially if you're a fan of the MMO genre.

Just to note, the game is currently still in early alpha. Because of this, some of the info in this article may change between now and AoC's full release. In addition, everyone should maintain a bit of skepticism when talking about AoC, especially in regards to how the game will be on full release, simply because it's so far out from now. That said, if Intrepid delivers on their promises, AoC will be a fantastic game worthy of the building hype.

To begin, the first reason every MMO player should be excited about Ashes of Creation is that there truly seems like there will be something for everyone. And, not only is there a lot of different types of content, the game will push players towards engaging with it all, at least a little bit.

First off, PvP is extremely important to the game. Because of the node system and open-world PvP, the most intense PvP players will find a great home here. Even players who just want to cause some chaos once in a while will find it attractive. That's because there are ample opportunities to take to the field against other players, so you can choose to take part as much or as little as you want.

But, truth be told, the majority of MMO players are more concerned about PvE elements. Of course, AoC plans on having a ton of it to do, from quests to dungeons to world bosses and more. However, the node system will make PvE content even more interesting. Whichever nodes are leveled up, their stage and their type will all decide what PvE content is in the area. While there will probably be some static content, PvE content may come and go regularly. This will always give players new stories to explore and challenges to face.

Finally, life skills like gathering, processing and crafting will be ever-present. So far, it seems like they'll all have important uses in the world, even if some are niche. With a good variety of professions to try out, players who want to focus on this type of content should surely enjoy themselves in the world of Verra. 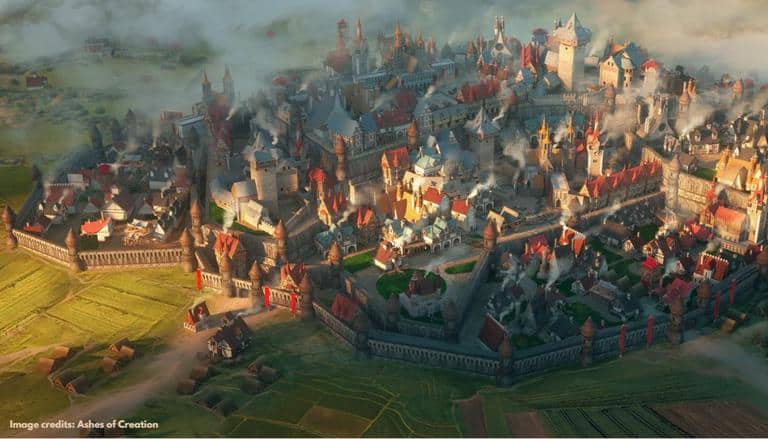 The ability to play with a large number of players is what makes MMOs unique. But nowadays, MMOs tend to give players the freedom to play as solo players. Instanced content, matchmaking and convenient mercantile systems help make this so. While this is all fine, AoC wants to break this mould and force players to constantly interact with each other.

Now, this might not seem like the best thing to some. And sometimes it won't be, to be fair, such as when you want to do a fairly straightforward task but are killed in the wilderness or can't find someone to trade with.

However, being made to interact with those around you brings a lot of exciting things. It helps to foster a sense of community, which will be especially evident through their node system. If the expected comes to fruition, you'll be a member of a node and know the other people that live there too. You'll see friends, acquaintances and enemies alike walking around, in the shops, or in the taverns. And you'll sometimes need to band together to help defend your node or to get resources for your next big job. It'll make how you interact with others as important as how you play your class or the gear you have. That's something that's somewhat lost in modern MMOs which will be very interesting to experience if done correctly by Intrepid.

You can change the world

A large part of AoC's design is the ever-changing world. This, combined with the focus on player interactions, makes it so you, as an individual player, can impact the world around you. Of course, the big guild leaders and extremely dedicated players will have the biggest impact, but there are ways for anyone to make a difference.

For example, AoC's pride and joy Castle Sieges pit players against each other in a 250 vs 250 PvP event. This is crazy in itself, and while major guilds will provide the majority of forces, small groups or individuals can play a big part. Some presumed ways are by finding secret passages into the castle, sabotaging siege weapons or taking on PvE monsters in the area to provide their side buffs.

Players with visions of grandeur can certainly fulfill their hopes in AoC. But those who don't, don't have to. Right now, it doesn't appear like AoC will make each player a world-changing hero by default, so it's entirely possible to live a quieter life in the game, as a fisherman, lumberjack, or casual adventurer. Even so, you'll have an impact on your node or region and could still build a reputation. Which isn't quite changing the world per say, but makes you feel like a real part of it.

Feeling like you're a natural part of the world is something truly rousing. You're not a generic hero who uses crazy powers to save the world. You're who you want to be. And that's special in itself; something that people should look forward to. Hopefully, Intrepid doesn't overinvest in the hardcore experience and allows people to play casually and not feel unfulfilled. If they strike the right balance, anyone can invest themselves in the world exactly how they want to. 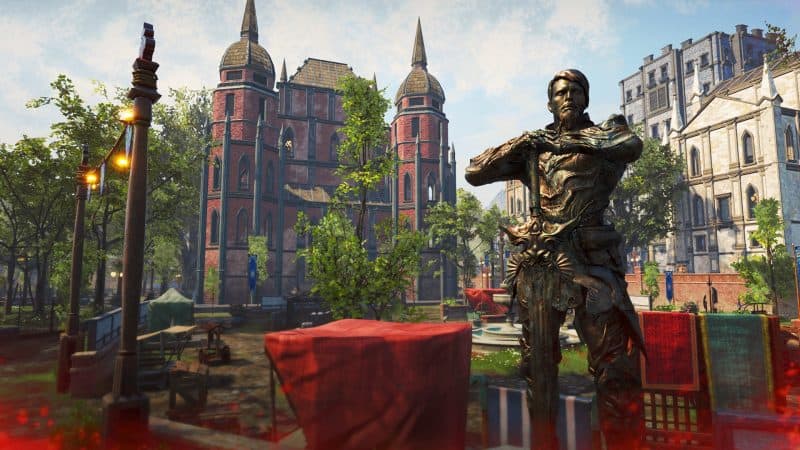 Something that seems to matter more and more as time goes on is a game developer's attitude towards their community. So many companies catch a lot of flak for implementing unpopular features or lack of new content. While we can't be certain how they'll do once the game is released, so far, Intrepid has gone above and beyond to get community feedback and properly implement changes that people think are necessary.

This is easy to see. Whether it's on Twitter, in the forums, or in their monthly developer updates, Intrepid members are always engaging in discussions. In fact, it's something their team prides itself on and makes a point to do. Now, the benefits of this are obvious. By listening to their community and being genuinely receptive to feedback and ideas, the final product should be better. This way, they don't have to guess at what players will want. Or be biased internally. They'll know what their player base wants.

For sure, it's more work for them, especially as more people find out about AoC and give their input. But the hope is that the work will pay off, leading the game to high highs.

Finally, with everything said, Intrepid is bringing ambition to this project. And they're looking to invigorate a genre that many, including content creators like TheLazyPeon and Asmongold, have called stale. Of course, current MMOs still have huge followings and are fun to play. But there's a general consensus in the community that no current game is innovating the genre, which is exactly what AoC plans to do.

Is this easy? Definitely not. Can Intrepid really redefine the MMO genre? Honestly, there's a long way to go and it's impossible to say. However, what inspires hope in them is their core principles and their game design philosophies. Their systems are incredibly cool and unlike anything any game has ever done.

If Intrepid sticks to its principles, such as no pay-to-win, they have a recipe for success. It's important for them to hold on to what makes them so promising and not become a cash grab, which tends to be a problem with a fair amount of games nowadays. 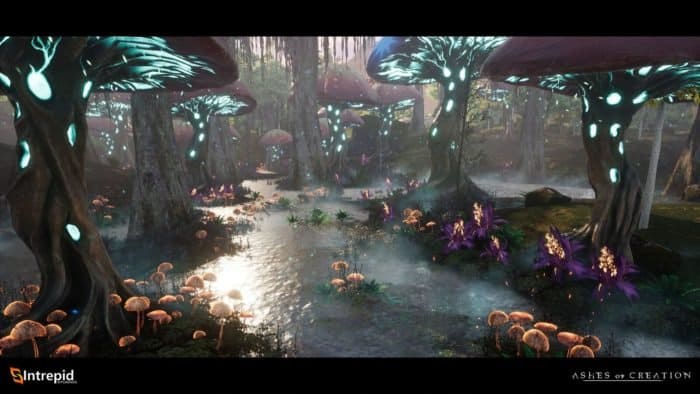 All said and done, Ashes of Creation has the potential to be an amazing game. Between their innovative node system, emphasis on social interaction, diverse classes and professions, and more, there's a lot to look forward to.

On the other hand, there have been other games that have promised a lot and turned out to be mediocre at best. No Man's Sky on release is an easy example. Because AoC is still in its alpha stage, with many months to go until it's a finished product, it's impossible to know right now how well the game will be executed. It's important to keep this fact in mind because over-expectations can end up hurting your perception of the game in the end, as even if the game turns out to be great, if you're expecting an 11/10 game, there's no way for it to reasonably live up to crazy high expectations.

Remember that this game isn't going to shatter the world and blow every other game in existence out of the water. By all means, be excited, there are clearly more than enough reasons to do so. Just make sure to take some deep breaths while staying tuned to ESTNN for more Ashes of Creation news and articles!