Stanger of Paradise Final Fantasy Origins Review — Who the Hell is this For?

Lahftel takes us through his thoughts on Square Enix's latest release.

I spent the weekend with Stranger of Paradise, a considerable time of it in co-op. And still I struggle to form a cohesive opinion on it, certainly fun but…

Frank Sinatra and Lots of Camp

I was quite lukewarm on Stranger of Paradise when it was announced. Not in the snobby ‘oh the dialogue is too bad' kind of way. Final Fantasy in a Nioh skin just did not seem that appealing to me. But once they released that launch trailer — with Frank Sinatra's ‘My Way' blaring in the background as Jack proudly declared his last name — I knew I had to check this out. I expected camp, and it delivered… an honest to god attempt to make this work. Only to fall flat in the execution. The writing has its own kind of charm, if you are into disjointed characters that only kinda make sense?

The star of the show is Jack, who comes across like you threw a character from a Tarantino movie into Lord of the Rings. I personally enjoyed the hell out of that, it even somewhat led into the plot of the original Final Fantasy nicely. But you really gotta be into that, the unironically playing Frank Sinatra's ‘My Way' while trying to set up the first villain of the franchise. While trying to take it, and itself super seriously, even if the dialogue is as clunky as a first graders Christmas play.

So, Stranger of Paradise Final Fantasy Origins, (no this combination of words will never roll off the tongue smoothly,) is meant to be a celebration of the franchise. After all its hitting its 35th anniversary in December this year. You would expect Stranger of Paradise to go all out with references to the series past but… it keeps it surprisingly low key. All its levels are based upon previous mainline entries yes, but the references feel very subdued. The game only borrows inspirations from the mainline titles signature locations, very few game play gimmicks and faint musical references.

Similarly, most of the enemies you'll be facing are exclusively from the first Final Fantasy, with a couple of more iconic monsters from later entries sprinkled in for flavor. If you played the first game, most of them and their moves will be familiar to you, but even then the game has some severe lack of fiends to fight. Sure all of them require some sort of strategy to beat, but you won't find yourself fishing for certain abilities just to hit a weak spot. Outside of maybe some boss encounters.

Now here is the bit, I'm not sure where to even start. On one end, Stranger of Paradise's combat is completely up my alley. I've seen it being compared to that Souls-like genre or Nioh, but honestly the game feels more like a Dynasty Warriors title or other beat em ups. It's really fun to mix and match classic Final Fantasy jobs, leveling them and unlocking new abilities. But your combat style won't really evolve much outside of the 8 weapon types. Unless you play a mage, then you get to sometimes charge and cast spells.

It's not like there isn't any depth to it either but certainly not enough to keep people engaged to do some crazy combinations. You'll most likely try to level as many jobs as possible, pick the unlockable abilities you want and pair them with other jobs. Signature abilities that offer unique buffs are the most you'll get out of that leveling process. I can see this being way more important on optional difficulty modes. But in a casual play through it mostly acts as fluff. That being said, if you enjoy a mindless button masher that requires the occasional well timed block. And or the right combination of abilities, you'll certainly get your fill here. 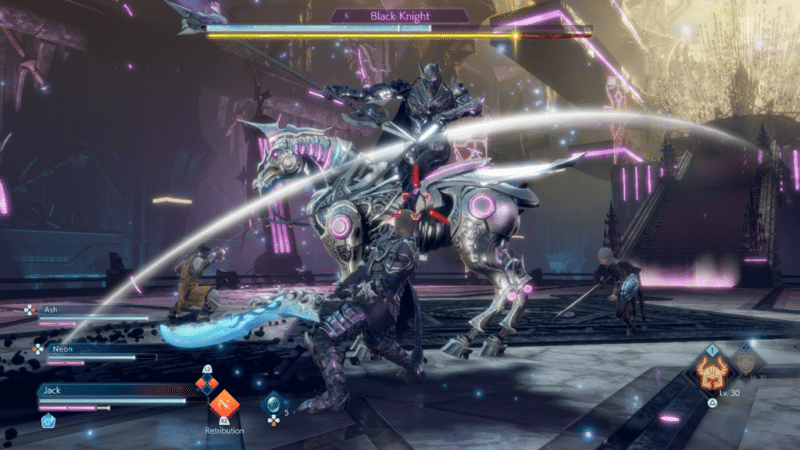 Thing is, I can't really speak much on the single player experience of this game. I did some missions solo, but it's certainly not as fun as two fellow warrior's of light. Then the game turns more into laughing together at how ridiculous it all is. Trying to out cheese a damn tonberry that will one shot kill you. And trying to out style each other. Personally, I think Stranger of Paradise really, really shines in co-op. Which is surprisingly painless to do.

You can play through most of the main story with others, even watch cut scenes together. And the progress will be carried over for both players. It's only kinda a shame that only the one playing Jack will get the fancy executions. And that you'll only see the equipment of your character that the host has equipped. I mean yes, it is somewhat hilarious running around half naked. But I'd like to see my new shiny gear on my character, even when I'm not the host!

I can also see, as we're slowly slugging through the games optional harder content, how game play becomes more strategic. Be it having a Red Mage or a White Mage in the party to buff your party, or simply having someone to pick you up, should you fall in battle. So as a co-op game, I can really recommend it.. just not for the current price point. But we'll get to that.

Equipment and the Grind

While leveling up your job is how you'll unlock all the fancy abilities. Most of your upgrades will come in the form of gear. Here Stranger of Paradise turns into some kinda looter shooter. Or I guess Diablo clone would be a better comparison?

Everything will drop items like you just smashed a piñata. Some useful, but mostly trash you'll recycle the moment you finish the mission. It was only on the games last few missions that it really started to try my patience. Suddenly it really wanted me to grind out the perfect gear for my current set up of jobs. Only for it to be replaced by grinding out the next mission. The gear you want never really seems to drop, which makes later bosses somewhat frustrating. Especially when you're just trying to get through the story.

But I guess that's what the game wants you to do, play missions slowly over and over again. To snowball yourself to decent equipment with the job affinity you want. (Unless you want to try and snowball yourself to decent equipment by facing missions that will slap you around.) Combat's certainly fun enough to warrant such. But why can't I just recycle my old gear to forge stuff I actually want? It would certainly take some frustration out of it. 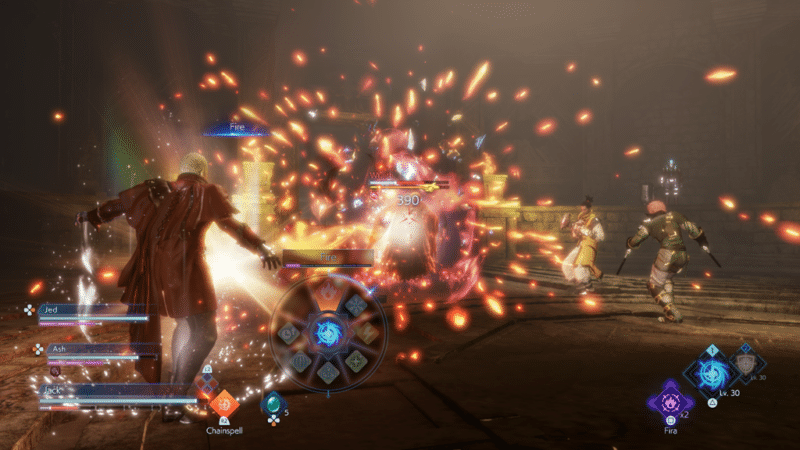 So who is this game for?

So I've been sitting on this question for quite some time now. And I don't think I have a definitive answer yet, but I'll try to give you an attempt here. If you're a fan of Team Ninja, happen to love Final Fantasy, enjoy movies like The Room and can get behind mindless grinding with two good friends; this game could be for you. Honestly, they should keep the demo up indefinitely cause this is not a no-brainer to buy. I spent good money on it, had a decent time, but still felt ripped off.

And this seems to be the general consensus for it, from what I've heard at least. If this was 20 bucks, I'd probably convince a few friends to play through it over a week or two.

But oh boy, asking full price for this seems kind of a lot. Especially with the lack of variety and endgame content. Certainly you can get your 30 hours out of this game, but that's 30 hours for 60 bucks you could spend on better things. So unless the story already sounds super intriguing to you, trust me; it's only somewhat entertaining. If you're a die hard Final Fantasy Fan, and the game play is really, really up your alley, you'll get some value out of this. Otherwise I'd suggest you wait to sneak a peak whatever that Season Pass is gonna look like, then grab it for half the price on sale.

I'll give Stranger of Paradise Final Fantasy Origins a 6.8/10.

If you can get behind mindless fun like I can, you'll have a good time, but not a great one. Maybe some patches, adjustments and more content can fix that.

For more reviews and gaming news, stay tuned to ESTNN 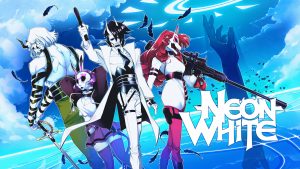