The entire field of esports can be called a super-competitive domain which attracts those who have an almost irresistible drive to compete and outdo everyone else. With this in mind, it is no wonder that a similar type of dynamic exists among the esports themselves, not just their players. While many of these have little or nothing to do with each other, there is still a strong sense of competition – which game will become more popular and get more players and viewers is a never-ending battlefield.

In the year that is almost behind us, there was plenty of jockeying for positions with individual esports rising or falling behind in popularity. In spite of the dynamic or even chaotic nature that rules esports, there is still a set of values that showcase the biggest hitters throughout the industry. These games did not just make the headlines of news portals but also were most competent in allowing esports to grow and prosper. With that in mind, here are the top 10 esports games that defined 2018 with their influence, prize pools, number of professional players and other relevant metrics that can be applied here. This list is exclusive to how the following esports performed in 2018.

Sadly for Tencent and Bluehole, PUBG is somewhat of an anti-Overwatch. The game started the battle royale genre resurgence, but 2018 has not been its year. It kept a strong ecosystem of almost 1,200 pro players and a $6.7 million prize pool, but all metrics show a decline in popularity. For all fans of this genre, there is another game in town that is doing the battle royale genre a whole lot better.

Years ago, the first Call of Duty game revolutionized the FPS single player genre with the introduction of better-than-ever AI for both opponents and allies, giving the experience of true waste battles (who can forget the incredible first Soviet mission in Stalingrad). In 2018, COD is still an important franchise and is also among the top dogs of the esports arena. With Call of Duty: World War II and Black Ops 4, the game got some new wind at its back and featured $4.2 million in prizes for the COD esports Championship. Currently, COD  has around 200 pro players but has proven to be more popular as a fun multiplayer game than as an esport.

Yes, this may be surprising to some, but Clash Royale is one of the biggest mobile esports games on the planet. Clash Royale comes from SuperCell, the creators of the absolute behemoth Clash of Clans. Their new game Brawl Stars recently hit the market as well, but Clash Royale remains a strong and rising contender among the top esports. The mixture of card game mechanics and a fast real-time strategy is gaining traction across all continents. Clash Royale is proving that mobile esports need to be taken seriously. Clash Royale's current ecosystem of about 100 professional players is only a taste of what is yet to come. The same is true for the number of tournaments and their prize pool, which will surely grow substantially not just in 2019 but in subsequent years as well.

The competitive card crafting and card trading scene has been big ever since the last decades of the 20th century. Blizzard’s Hearthstone is the game which was and still is most successful in transitioning this activity to the digital domain and 2018 did not dethrone it. With new expansions like The Boomsday Project, Hearthstone showed that it could survive the departure of its main creators, including Ben Brode. This year, its prize pool stood at $4,5 million, and a healthy community of over 800 active pro players was engaging in smashing their decks to get some of it.

Still the ultimate classic real-time strategy of the esports genre, the game is a worthy contender. It might be a bit of an acquired taste for many viewers who are new to esports, but the game still has legions of loyal fans, and these are not only in South Korea. 2018 was the year for potential Esports Player of the Year Serral, who was the first non-Korean to win the Starcraft 2 World Championship Series. With about 340 active players and almost $4 million in prize money for 2018, Starcraft comes in at the sixth spot.

New kid on the esports block is colorful, shiny and ready to do a myriad of dance moves. Epic Games made this title with their eyes on PUBG, but they ended up creating something much more engaging for the average FPS/battle royale user. Today, there is no doubt that Fortnite is going much further in 2019. This juggernaut of an esports title has over 1,300 professional players and a prize pool of nearly $20 million for 2018. It sounds weird saying that this is just the beginning – but it is.

As the list enters its top spots, there is a clear uptick in all the metrics of esport popularity and success, and LoL knows all about it. With almost 1,700 professional players, this year the game featured 154 tournaments and a combined prize pool of $14.1 million. The game itself reached over 100 million active users, and the viewership did not fail to materialize. Also, 2018 League of Legends World Championship hit over 200 million concurrent viewers.

Blizzard has its share of esports games in the mix of the most popular titles of 2018, but you do not have to be an analyst to figure out where their biggest hopes lie. This is likely the last year where Overwatch will not be the biggest esport being that this cooperative, team-based shooter is currently rising in popularity at rocket-like speeds. Granted, the $6.5 million prize pool does not sound that big, as of December 2018, the game has almost 1.500 registered pro players. With the eight new expansion teams and the NBA/NFL like Overwatch League, we are only seeing the beginning of Overwatch's growth.

Where is CS:GO heading in the long run? Unlike CoD, this esports title is feeling a lot more heat from the battle royale titles. This is why it decided to do a major change and add the same feature to the game, as well as to make it free-to-play. The move split the community, but for 2018, it is still the second biggest esport title around, with the most pro players (4448 to be precise) and a $22.4 million prize pool.

There is no escaping Defense of the Ancients 2 (Dota 2) in esports, where ever a person might choose to turn. The godfather of the post-Starcraft esports chapter (in which we are, debatably, still in) made 2018 its own, regarding relevant factors. The International 2018: Dota 2 Championship, the games top competition, took place in Vancouver and had a prize pool of a staggering $25.5 million. It was only a part of the total prize pool for 2018 of $41,2 million, nearly twice as big as the runner-up CS:GO. They say there is only one way from being number one, but so far, Dota 2 remains the reigning champion of esports titles.

The Top Esports Player of 2018 will be announced in the coming days. Stay tuned via our Twitter account to get all of your esports updates as soon as possible. 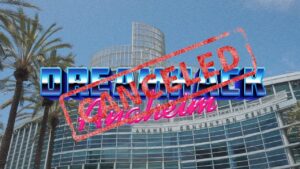