Esports Are Thriving During The Pandemic. What Will Happen After? COVID-19 has forced many businesses to shut their doors, and professional sports leagues have been put on hold until the crisis is over.

Bars and other social clubs, too, have paused their activities for the time being. With all the extra time people have on their hands, esports is growing in popularity.

From sports titles to strategy games, gamers worldwide hone their skills to reach the next milestone in their careers.

The pandemic has given a boost to esports that found its way into many people’s hearts. But what does the future have in store for esports and gaming?

Many professional sports leagues were forced to call it quits for the season. Others postponed upcoming events until further notice. But since minimal physical contact is necessary when playing a game, esports, as an electronic discipline, is much more flexible in this regard.

It allows gamers to compete against one another in an environment where the most skilled prevail. And there are zero risks of spreading COVID-19 or other airborne diseases.

Esports events involving a physical venue (such as stadiums) do exist. But the physical component is for entertainment purposes only. Unlike traditional sports, having a physical environment is by no means a prerequisite to host a competition.

Moreover, participating in esports competitions is only one part of the equation. Many highly-acclaimed esports pros are often found streaming to their audiences while they’re training. It’s one thing to watch a pro at work and another if you’re also getting live commentary on top. That way, the viewers get an opportunity to learn and improve their own game.

Since the viewers get their fair share of entertainment while the streamers earn a nice chunk of change through ad revenue and donations. It works out to be a win-win arrangement for everyone involved. Without a doubt, the pandemic has played a substantial part in widening the pool of viewers who are hungry for this kind of content.

Established athletes embrace this new digital form of competing. In some cases, it has served as a replacement for traditional sports events that couldn’t take place due to social distancing rules.

All of a sudden, you see F1 and basketball stars compete in a virtual environment. Thus, it merges esports audiences and fans of traditional sports. Consequently, many sports enthusiasts now resort to this form of entertainment for getting their proverbial fix. It is also evident from the surge of downloads that Twitch has been receiving as of late. Allegedly, the platform is now getting around 10% more views.

The esports industry does come with its own set of challenges

Live esports events have been canceled, which – although not a deal-breaker – does not help the industry.

Then you have the classic problem created by immature gamers who can’t take a loss… at least not in a civilized manner. Often, those on the receiving side of such player-spawned grief have to resort to means of protecting their identities to avoid being stalked and harassed in real life.

That’s why VPN downloads also increased. Gamers look for VPN free trials to stay anonymous and resilient to DDoS attacks. The latter is a form of digital sabotage by an opponent by destabilizing their connection. And the list goes on.

Everything combined, the future looks promising

It’s a safe bet that esports are here to stay. Now that so many athletes have given esports their blessings, there is little that stands in the way of it becoming an essential part of mainstream entertainment. esports got more fans, and word of mouth will continue doing wonders for the industry.

You can also expect the widening of the subscription-based model. It means that streaming esports content as a way to make ends meet will be a more feasible way to earn one’s living.

In the public eye, the gaming crowd was once labeled as a bunch of nerds. But lo and behold, the tables have turned. The world is embracing esports as a respectable form of competition they have been training for their entire lives. 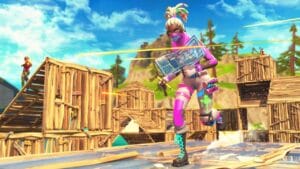 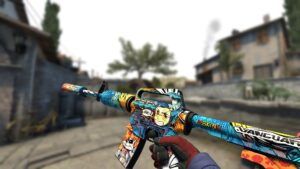