Dota 2 Champions League: What’s In And What’s Out For This Year’s Tournament 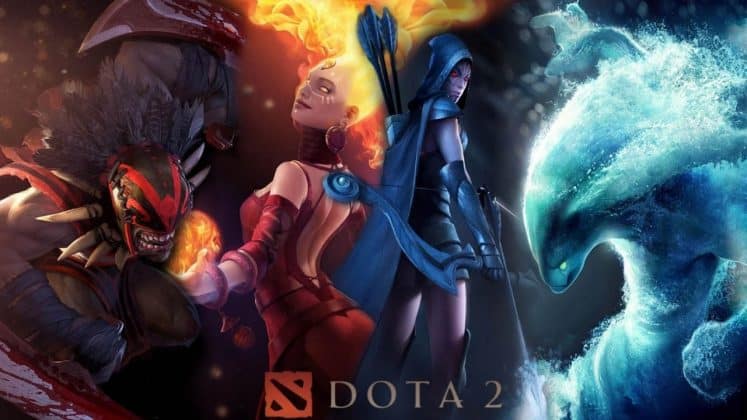 Dota 2 Champions League is just around the corner as the year 2021 roster for Season 2 has been announced.

Gambit Esports, previously known as the AS Monaco Gambit, announced a massive change in its tournament roster. The Igor ‘iLTW’ Filatov and Sergei ‘G’ Bragin are snapped up from the squad. However, the rest of the squad, namely Aleksandr ‘Immersion’ Khmelevskoi, Artem ‘Lorenof’ Melnick, and Vasilii ‘AfterLife’ Shishkin, has been retained for the Dota 2 league.

The Dota 2 tournament already started on July 19th 2021, and the esports organizers are going to offer a big championship. This championship has a prize pool of $250,000, and this is the brainchild of the Russian Esports Federation and Epic Esports Events. The first match will be played between Spider Pigzs and ASM Gambit.

The tournaments will not be delayed now, and the big players will move to the center stage. However, as Sweden has put restrictions on holding the Esports tournament, now the TI 10 will be held in Bucharest, Romania. Even Stockholm will also not be holding this championship league. There will be a best three matches held, and the top 8 teams will only stand a chance at the gameplay. After the playoff, the team will face a single-elimination, and only the best five teams will enter the grand finale.

However, the players interested in betting and enjoying virtual sports can have fun playing games at NetBet. Players can also bet on the Esports championships that include teams like Team Unique, Puck Champ, Nemiga Gaming, Winstrike, and AS Monaco Gambit.

The decision to hold the Dota 2 league elsewhere in Europe came after Swedish Sports Federation and the Swedish Government stated not to support esports in the sports federation.

The full-fledged matches will be held in Romania stadium from Arena from 7th October to 17th October 2021.

The developer of Dota 2, Valve, is there to improve the new player’s experience. There are massive patches that have been dropped for this game and make the players’ experience unique. Even this update in the games ahead of the Dota 2 will attract the fans, and they can use the extensive tools to play these games.

The Dota 2 Championship League will also welcome many players like No[o]ne, who has already played for AS Monaco Gambit in one of Singapore’s Major Esports leagues. However, iLTW remains snapped because he was seen with Team Nigma when he moved the mid-lane player Aliwi “w33’ Omar to the inactive roster. The major two snaps from the team of these players may be permanent or temporary. This year’s tournament will be on the team as the ‘stand-in’ players only. Only the players snapped will be retaken in the team if their performance is up to the mark.

If we talk about the esports teams, Puck Champ stands out as one of the promising teams for the Dota 2 Champions League 2021 Season 2. However, they finished in 4th place in Europe’s Qualifier Matches. But, high hopes are still there from this team. AS Monaco Gambit is another team potentially seen as the strong opponent for this Champions League match. However, they have two stand-in players that significantly differ from their performance, as they have already debuted in the Dota Pro Circuit 2021 match.

This tournament will be fascinating as the squads will be playing to win a giant prize pool offered in any of the esports tournaments. The TI 10 is the event no player from Dota 2 team dares to miss ever.