Does Esports Deserve A Spot At The Olympics? 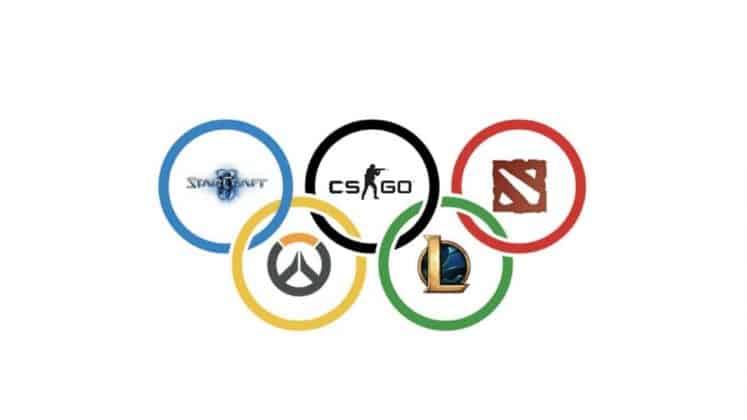 The rise of esports in the last few years has sparked many heated debates, one of them being whether it deserves a spot in the most popular global sporting event – The Olympics Games.

The Tokyo Olympics introduced a handful of new sports, including skateboarding and surfing. So, the question that arises is could esports be the next big thing at the Olympics?

Also, even though many online slots are put into the “online gaming” category, esports is a bit different. While esports are often regarded as lesser, this year was different. At the 2021 Tokyo Olympic Games, athletes were entering the stadium to orchestral versions of music from classic Japanese video games like “Victory Fanfare” from Final Fantasy.

This only goes to show that Japan takes gaming seriously. Additionally, this year’s games were preceded by the Olympic Virtual Series, so could it be that they demonstrated gaming inching closer to the world’s biggest sporting event? Nonetheless, esports has grown to become a nearly billion-dollar industry. Unfortunately, esports’ popularity is not good enough to enter the Olympics. While it does fit most of the IOC’s criteria for inclusion, there is a fundamental bone of contention: is esports physical enough to be considered a sport?

Is esports a Real Sport?

Although the word “esports” has “sports” right in the name, there’s still a commonly held belief that esports is not an actual sport. Obviously, with esports, the games are locked within a virtual world and thus may not be seen as physical activities. However, if you bring hard work, competition, and entertainment into the fray, esports have strong connections to the idea of sport.

So, generally, esports have a lot in common with traditional sports. However, one thing that is missing is movement. That’s probably one of the biggest reasons the International Olympics Committee has difficulty accepting esports as a possible Olympic event.

Esports took a significant step forward in 2021, both in terms of increased engagement and growing acceptance as a part of the broader sports ecosystem. However, the Olympics will take at least a few more years to define what playing video games are, and as for now, the IOC is still split.

Let’s imagine for a second that the IOC declares esports to be a sport. Still, there are many other hurdles that could prevent it from debuting at the Olympics, one of them being licensing.

As you may already know, when it comes to esports, each game is owned by a specific licensor. With that said, the IOC would have to strike a deal with each game owner for the title to be played during the Olympics.

Basketball and other traditional sports haven’t changed much over the years, but today’s most popular video games are very different from the most popular games from four years ago. So, striking a one-time deal wouldn’t remove the licensing problem for future Olympics.

Times have changed a lot. Gamers who once played games as a hobby can now make a living via competitions and streaming services like Twitch. And millions of people tune into matches, which is something that would highly benefit the Olympics.

Would Gamers Even Show Up?

Even if the IOC solves all these problems, two questions remain: would gamers even want to compete in the Olympics, and would fans want to watch them? Fans are used to watching their favorite games for free, all while chatting and interacting live with them.

With that said, if the Olympics were to add esports, they would need to make sure not to alienate the fans used to watching esports on Twitch or Youtube.