Amy is an esports journalist and enthusiast who specializes in in-depth interviews and breaking news. A recent University of Toronto and Humber College graduate, she is passionate about building up the Canadian esports industry.

The CVR World Cup League features competitive virtual cycling where competitors race against each other in a game called CVRcade. While CVRcade is an online multiplayer game, it also lets players do physical training at the same time.

Discussions about esports and traditional sports exist in terms of how each industry differentiates from one another, however, The CVR World Cup League is unique in such a way that it takes elements from both industries and crosses them over to create something new.

What makes The CVR World Cup League interesting is how it features a competitive cycling game that measures a player’s heart rate, has powerups, as well as boosts. Players, for example, can physically feel the slopes and climbs of their avatar while they are on an electric trainer.

The CEO of CVR World Cup, Frank Garcia, sat down with ESTNN for an interview about the crossover, how it all began, as well as how the tournament is contributing to virtual cycling technology, racing and the esports industry as a whole.

A past competitive cyclist and CVRcade player, Garcia was also the first to cycle the entirety of the app’s Mt. Everest. While these experiences shaped the more traditional aspect of The CVR World Cup League, it was his son, a Dota 2 player, who inspired the esports part.

“My son was playing esports, and I didn’t know anything about esports,” Garcia said. “He asked me for ten bucks, and that introduced me to it. I got to understand that and my entrepreneurial flair was like, ‘Bam! This is something that we need to pursue.’”

“And so I began to understand the marketplace that I previously hardly knew existed,” he said. “I mean, I knew my son played games, but I didn't appreciate the big amount of the prizes and the excitement around it.”

Garcia also acknowledged the influence of Twitch in terms of viewership and excitement. He said competitors of The CVR World Cup League can earn points and create hype by broadcasting their gameplay leading up to a tournament. Garcia compared this type of hype to an audience’s excitement for traditional sports.

With The CVR World Cup League, Garcia said he seeks to bridge the gap between esports and traditional sports in other ways as well. “Esports is sort of on the younger side of the demographic continuum,” he said. Garcia told ESTNN that in order to get more people into esports, tournaments and games should think about how more women can get involved. Additionally, creators need to figure out ways to bridge the age gap between traditional sports fans and esports fans. 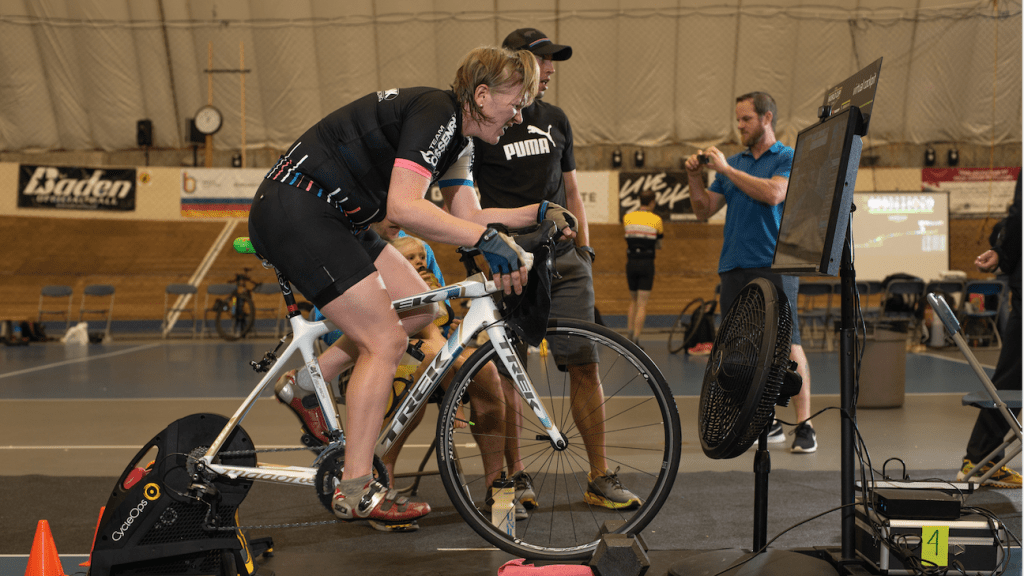 “I think that starts to crumble just because as things become more normal,” he explained. “But the ‘old guard,’ shall we say, or more like guys like me — at the beginning we’re like, ‘That’s not sports.’ And so we have a hard time wrapping our head around it. But if there is a physical aspect to it, more people get that.”

Equalization between all kinds

Garcia elaborated on how the demographic differences can be bridged within families as well. He did this with an example of someone arriving home after winning a video game tournament. “You know, the initial knee jerk reaction probably is, ‘You play too much video games already,” he said. “But if Johnny comes home and says, ‘Hey, there's this new thing about getting physically fit and we can ride together and enjoy it together and get fit together,’ there’s definitely a family aspect to it.”

Physical equalization within the game itself can also contribute in bridging the gap. The technology allows for players of all physical attributes to race against each other on more equal grounds. Garcia recalled seeing a father and his two daughters being able to compete against each other because of such technology. Since the family played the game on different devices such as an electric trainer and keyboard and controller, Garcia noted that such an example showcases the versatility of the game.

In terms of such equipment itself, however, it ties in with a challenge Garcia faces with The CVR World Cup League.

“We're looking to drive the cost of everything down,” he said. He explained that cost is currently the biggest barrier to entry. “Right now, you probably need to spend at least eight hundred dollars. And that’s if you have a bike and a computer to get involved in the physical aspect of it.”

Garcia said cross-platform play is possible in a way such that a group of friends can rotate between using keyboards and electric trainers. 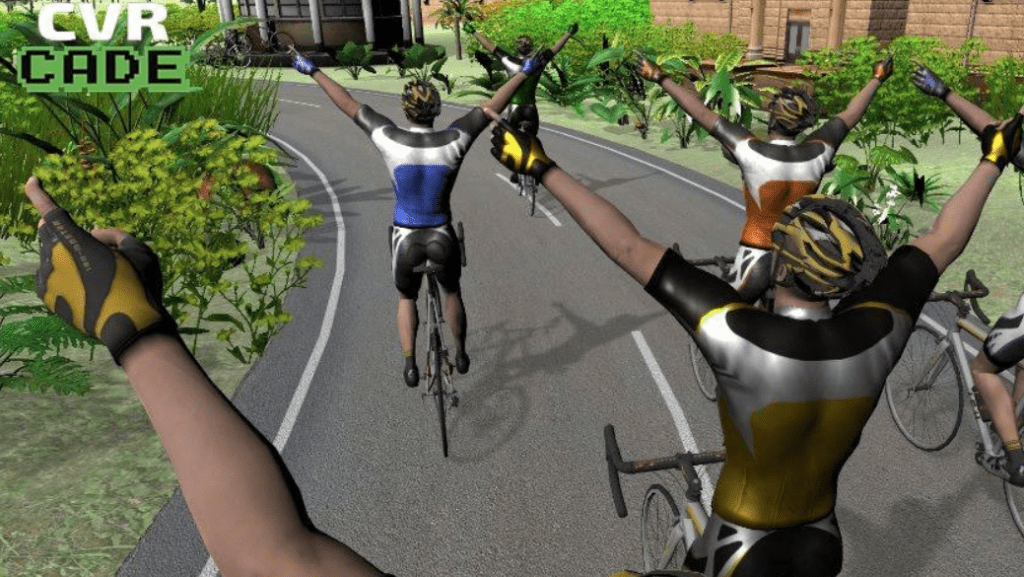 This is the solution for players who wish to cycle with a keyboard and controller first before deciding whether or not to invest in the more physically demanding option.

“What we found people doing is they're trying to get the best times on a course. And remember — it's skill based,” Garcia explained. “You’ve got to brace for corners. How you go through a corner matters. A great way to sort of test all of that and get ready for a physical experience, but to be prepared for that physical experience, is to first do it on a controller.”

The Future of The CVR World Cup League

Garcia is currently working on bridging the generational gap and improving on the player experience. That said, he is not sure if everybody understands the size of the esports industry yet. However, with the way CVRcade and CVR are growing, Garcia mentioned he believes that The CVR World Cup League, as a mix of both an esport and a traditional sport, is on a good path in terms of growth.

“And so we think that a lot of these sports will eclipse most other [traditional] sports and really, really drive esports to a new and interesting level,” he told ESTNN. “We already see esports that are bigger than the mainline sports in terms of viewership, and we think this will only continue that trend significantly.”

The CVR World Cup League will have another international tournament this year, but the final date and location have yet to be announced. It will consist of two seasons, eight zones, and four brackets.