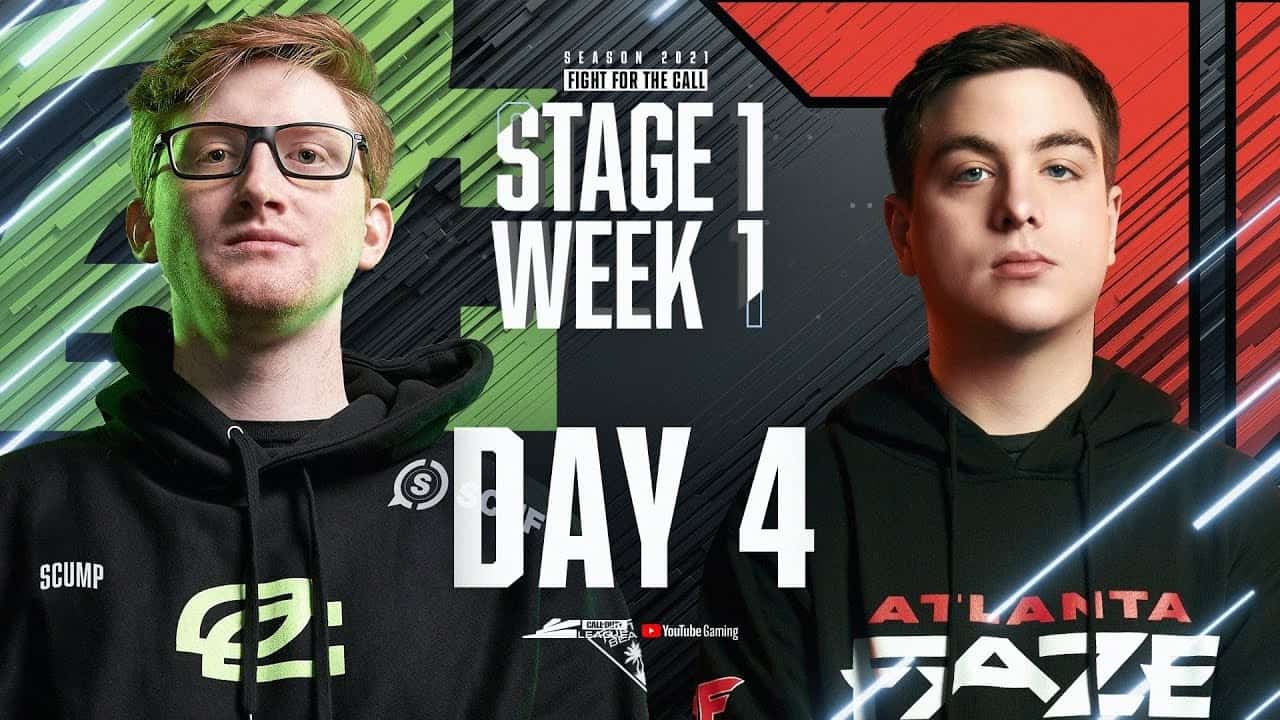 The Call of Duty League action continued with three more matches, here’s what went down.

Last night, Week One of the Call of Duty League concluded. With three more great games including OpTic vs FaZe, here’s a recap of Day 4.

Seattle Surge stole Map One by accomplishing an 80 point comeback. Loony and Gunless carried the squad, both dropping over 30 kills with a massive 40/26 from Gunless. London was massively outslayed by these two, resulting in them not being able to break p4 and losing important rotations.

Seattle brought the momentum through to Map Two to win in round 11. 10/5 and 11/6 from Octane and Gunless respectively saw Seattle close out the map, even after the London Royal Ravens forced a round 11. Alexx tried his best to pull London through, but it wasn't enough and they saw themselves 2-0 down in the series.

Alexx continued to perform at his best going 26/21 with some of the most important plays in the Control. London took the map 3-1 from a great offensive victory, before dominating Seattle on defense to win the map. London carried this momentum into Game Four as they came out looking for blood. A 250-115 with a 23/17 game from Dylan saw them dominate and force a Game Five.

Game Five didn't go as planned for the Ravens. Parasite tried to pull them through to the win going 11/6, but Seattle was too strong and took the map 6-2 to win the series 3-2.

Dallas Empire dominated the first map, winning 250-67. However, this was replayed due to server issues. While Minnesota put up more of a fight with a good connection, Dallas pulled through to win 250-201 and take a 1-0 lead in the series.

Minnesota bounced back with a 6-3 victory on Map Two. Some big plays from Attach saw him win two 1v2’s to win important rounds and tie the series. This momentum was brought into Map Three seeing Minnesota Rokkr win 3-2. They calculated the kills in order to secure defense for Round Five, while a solid performance from everyone across the board saw them lead the series 2-1.

Dallas Empire replied with a 250-201 Hardpoint win once again to force a Map Five. 38 and 35 kills from iLLeY and Huke saw them dominate Rokkr, with a massive nine-streak from Huke proving his talent once again. However, Rokkr replied with yet another SnD win taking it 6-2. This puts them 1-1 in the group, winning one of the most crucial games of the season.

OpTic took Map One following a late push for the final eight seconds on the hill. FaZe left one player in the hill as they went to rotate, but OpTic broke to win the map. 30 big kills from Dashy saw him top the leaderboard and give OpTic a 1-0 lead in the series.

FaZe responded immediately with a quick 6-0 sweep in Search and Destroy. Cellium went 7/3 to dominate OpTic, while Scump suffered going 0/6 as they couldn't get going in Map Two. Map Three went as expected being Checkmate Control. All five defensive round wins came through, seeing OpTic taking a 2-1 lead in the series.

aBeZy made a huge play in Map Four getting a three-piece to spawn OpTic out and win the Hardpoint. A massive map from him tied the series 2-2 and forced a Game Five. The comeback momentum was taken through to another SnD win, this time limiting OpTic to just one round. This saw FaZe win the series 3-2 in a crucial match for the group.

The Call of Duty League returns on Thursday, February 18 with the second week of Stage One.