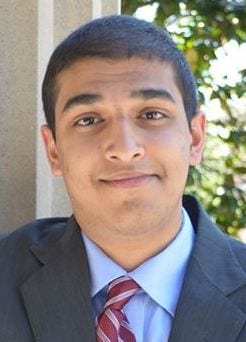 Ashwin Palepu
Ashwin is an industry expert primarily focused on Call of Duty and Fortnite, but a lover of all shooters. He enjoys focusing on the business side of esports as well as team profiles and game strategy. He is an avid programmer in his spare time. Discord @tagoonsquad In one of the largest reveal events in recent history, Infinity Ward finally showed off Call of Duty: Modern Warfare’s Multiplayer game mode. On July 30th, Infinity Ward invited several YouTubers and other Call of Duty content creators to capture gameplay on an early build of their new game. Today, they followed that up with a live event featuring over 25 popular streamers to showcase the game.

Streamers took part in standard 6 vs. 6 Multiplayer, followed by limited-time action with a 10 vs. 10 and 20 vs. 20 Ground War style modes, before playing in a single-elimination 2 vs. 2 ‘Gunfight’ game mode. Infinity Ward showed off their different sized maps to accompany all of these game modes. They also unveiled several guns, attachments, perks, killstreaks (not scorestreaks), gameplay mechanics, and a new User Interface.

Today we’re going to discuss all the individual equipment (painstakingly compiled by CharlieIntel). So, without further ado, let’s get into it.

To show just how far you can take this customization, one developer said that“in Modern Warfare, there is no AK-47u. But with Gunsmith, you can actually configure the AK-47 in many ways to make it into the AK-74u.”

Moreover, there is no pick-10 system. Instead, Modern Warfare will return to the Create-a-Class system of its namesake. Every class gets 5 attachments on weapons with one primary weapon and one secondary weapon alongside 3 perks, 1 lethal, and 1 tactical. More on this later.

Killstreaks are making a return, replacing Scorestreaks. Here are the killstreaks and their requirements:

3 Kills: Personal Radar — Escort drone that enables the radar for the owner, and pings nearby enemies.

5 Kills: Cluster Strikes — Signal for several cluster mortars to hit the designated location, the Cruise Missile — Control a long-range cruise missile with boost capabilities, and the Precision Airstrike — Call in twin jets for a precision strike along the best available path.

8 Kills: Emergency Airdrop — Call in 3 random kill streak care packages to your location, the VTOL Jet — Releases an initial missile barrage before guarding a location of the player’s choice.

10 Kills: Chopper Gunner and White Phosphorus — Cover the battlefield with white smoke flare canisters that will disorient the enemy, and burn any of that wander too close.

11 Kills: Support Helicopter — Call in a heavy assault helicopter with twin turrets to patrol the map.

12 Kills: Gunship — Heavy assault gunship with three types of armaments and Advanced UAV — Orbital UAV that reveals the enemy’s direction on the mini-map.

So with the new Create-a-Class system, players will get to select one perk from each of the following categories.

Tune Up — Increase the charger rate of field upgrades by 50%.

High Alert — Your vision pulses when enemies outside of your view see you.

Spotter — See enemy equipment, field upgrades, and killstreaks through walls. Mark them for your team by looking at them while aiming down sights.

Players will also get one tactical and one lethal equipment (per life) from the following choices:

Meanwhile, replacing specialist equipment will be field upgrades. These are quick combat tactical equipment that charges over time and can be redeemed once charged:

These include: a Munitions Box – A supply box of ammunition, grenades, and weapons for your team, a Recon Drone – A remote control drone that marks enemies and their equipment, Stopping Power, Trophy System, Tactical Insertion, and Deployable Cover.

With such a massive reveal, there is so much more to get into regarding gameplay, maps, and general thoughts and we will have you covered for all of it. So watch some gameplay, get hyped, and stay tuned.