On the heels of the final CWL Championship, mixed emotions are present in the Call of Duty community. Moving onward and upward is good for any competitive esports title, but leaving the golden age of Call of Duty Esports is difficult. Nevertheless, the show must go on and Call of Duty is moving onto a legitimate city-based franchise format. What panned out at the CWL Championship gave us a good indication as to the state of each team. EUnited reigned supreme and some top organizations fell below the wayside. This begs the question, Whose stock went up? Whose went down? Whose remained precisely where it was heading in? 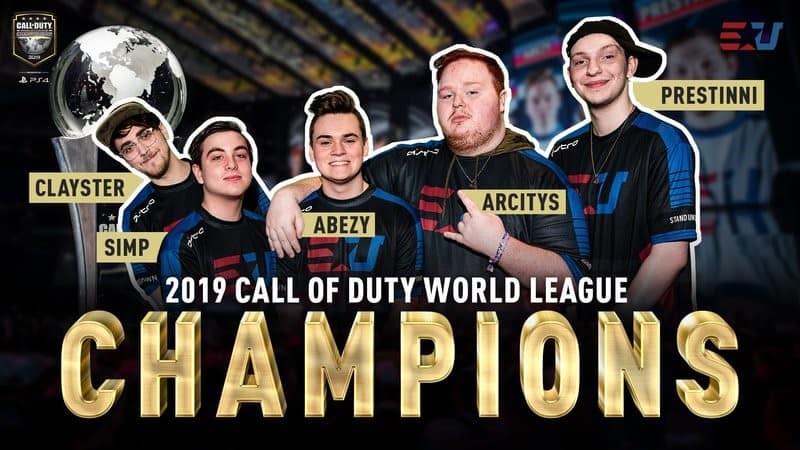 The CWL Champions received a massive bump after the dust settled. EUnited’s team resilience was on display throughout the five-day competition. Except for a close 3-2 series win over Evil Geniuses, eUnited coasted without much issue until Grand Finals. It was in Grand Finals that eUnited squared off against two-time major champions, 100 Thieves. The series was most undoubtedly close, but Simp and aBeZy showed up in nearly flawless fashion. Simp went on to earn the crown of Most Valuable Player and Clayster simultaneously earned his second CWL Championship ring. It was all positives for eUnited heading into a new chapter of competitive Call of Duty. 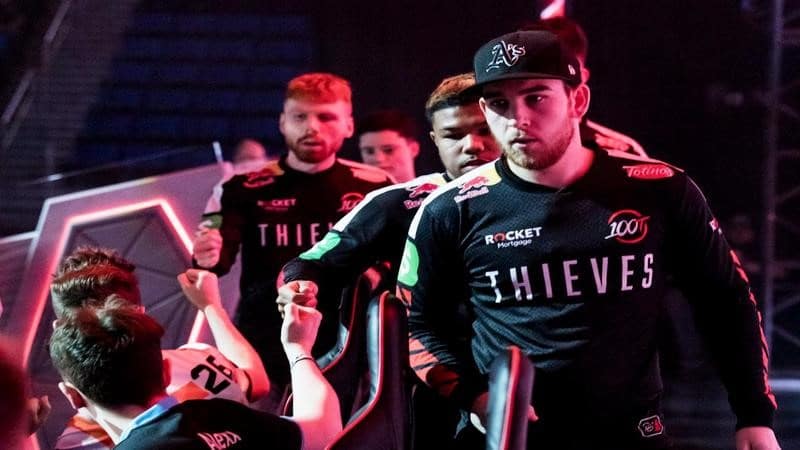 In spite of losing to eUnited, 100 Thieves absolutely earned a bump in their stock. Realistically, their CWL Championship lives depending solely on Priestahh early on in the losers bracket. Had Priestahh not delivered an impressive performance on Control against FaZe, 100T was heading home early. With Octane leading the charge, 100T rallied back to knock out Sicario Gaming, Evil Geniuses, Team Reciprocity, Enigma6 and OpTic Gaming in that order. This losers bracket run will undoubtedly go down in history as one of the most unprecedented. When the time came for Grand Finals, 100T came up just short. The fact remains that Octane and Enable played unbelievably and truly deserve recognition for their efforts.

Although none of these teams advanced passed losers round two, it was an outstanding showing nonetheless. To be an amateur team squaring off professionals who compete weekly in the Pro League can be intimidating. Some amateur rosters have players that have been to the big stage before and know how to perform. Singularity was the best of the bunch as they went a perfect 3-0 in a pool that contained UYU and LG. Sicario Gaming and Team WaR also performed well, considering the level of competition.

If you were out of the loop during the CWL Championship, you might have missed the number two seeded team exiting in pool play. Gen.G came in with supreme confidence after giving eUnited a run for the title at the CWL World League Playoffs. The stars were aligning for a time that showed consistency throughout the Black Ops 4 season. Many had Gen.G as a lock to at least make it to winners finals. However, this was not the case. Dropping two of three series to the likes of amateurs, Fuego Gaming and Team WaR, is never a favorable position to be in. Gen.G slowly deteriorated as the reality set in that they would exit much earlier than anyone predicted.

It was a tough run for FaZe who came out of pool play 3-0 and ready for the weekend. This is a roster capable of winning even the toughest events. CWL Championship would not be FaZe’s time to shine. After losing to Reciprocity 3-1 in winners round one, Zoomaa and company subsequently lost a nail biter to 100 Thieves. This nail-biter turned out to be a reverse sweep in favor of 100T. It was a tragic end to an utterly volatile season for FaZe. The organization went from not qualifying for the CWL Pro League to buying Red Reserve’s spot in the Pro League. FaZe snuck some decent major performances in, but overall it was an undesirable season. The effort provided at the final event of Black Ops 4 was not what FaZe fans were hoping for as franchising rapidly approaches for the next Call of Duty season.

Stock Down: Team Envy and Splyce

Going 3-0 in any pool is difficult to do even for the best teams in the world. Both Splyce and Envy managed to advance out of their pools with great performances. Unfortunately, both teams failed to deliver in the Knockout Stage. Splyce fell victim to Evil Geniuses early and were sent packing by the European amateur team, Team WaR. Envy lost to both Units and Singularity. This proved to be Envy’s worst placement at any CWL Championship. Both Splyce and Envy struggled after pools and were unable to bounce back. This often is the case for a handful of teams at the CWL Championship We may very well have seen the end of an era with OpTic Gaming’s performance at the CWL Championship. Amidst the confirmation of the organization's sale to Immortals Gaming Club, the Greenwall is likely no more. It goes without saying that this was a bitter-sweet ending to the most storied franchise in Call of Duty history. Despite having a roster mixed with talented veterans and young players, OpTic fell to 100 Thieves yet again in competition.

Their path to the losers bracket finals did include wins over Heretics, Enigma6 and Reciprocity. Losing to teams that eventually met in Grand Finals is not a stock-damaging result. We will always wonder what more could have been with the roster of Scump, Karma, Crimsix, TJHaly and Dashy. OpTic Gaming and the Greenwall cemented themselves in history for their contributions to competitive Call of Duty. The game will never be the same without the OpTic’s representation. Coming out of their pool in second place set lower expectations on Reciprocity. The results yielded some impactful series wins. Reciprocity defeated FaZe and Luminosity Gaming before ultimately losing to OpTic Gaming. After the 3-1 loss to OpTic, Reciprocity fell victim to the 100T redemption train. The Euros played well all things considered. Their results during the Black Ops 4 season were nothing to write home about. Sometimes all it takes is for a team to peak at the right time. Their failure to recover in the losers bracket is notable, but knocking out teams like FaZe and LG is no easy task. Reciprocity shook up the entire bracket with their performance at the CWL Championship.

The end is here for the Major League Gaming era of professional Call of Duty. The memories will live in the hearts and minds of all players and fans who invested themselves. We have seen many dynasties formed and broken over the years. There has been no shortage of upsets and shocking finishes in the illustrious history of competitive Call of Duty. Now, all we can do is sit back and hope that the next era is as good as the last.

Stay tuned to ESTNN as we provide the latest updates to the franchising format and roster moves as they happen.

Here’s all the latest info about the upcoming tournament. ESL One Thailand 2020 is ESL’s