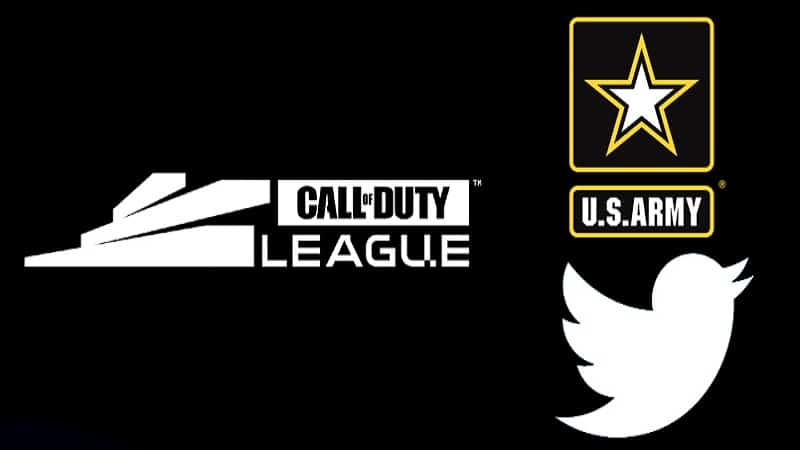 Even though Call of Duty: Warzone just dropped, there is still so much more happening in the world of COD.

Activision/Blizzard alongside the Call of Duty League has announced a brand new a pair of sponsorship agreements, this time with Twitter and the U.S. Army during its opening season.

The new sponsors activated during the first day of the Call of Duty League’s Los Angeles home series event at the Shrine Expo Hall.

For Twitter, the agreement is one of global, multi-year proportions that’s described as making the social platform the “source for Call of Duty League highlights and community engagement” through the next three seasons.

"The Call of Duty community has been one of the largest gaming communities on Twitter, and we are thrilled to be partnering with Activision Blizzard to continue to support this vibrant community. In 2019 alone, Call of Duty Esports had 3 of the Top 10 most talked-about esports events in the world, and this long-term partnership shows our commitment to the continued success of Call of Duty Esports."

In addition to providing real-time highlights of matches, the league will utilize Twitter’s conversational functions for “fan predictions & cheering.” As a result of the deal, all Call of Duty League teams now have their own hashtag emojis to encourage fandom across the platform.

The U.S. Army will also be the presenting sponsor of a forthcoming collegiate competition, aptly titled Call of Duty Collegiate. The tournament series will be open to eligible college students across the United States and Canada. The tournament will be operated on competitive gaming platform GameBattles and operated by collegiate gaming company Tespa.

In 2018 the U.S. Army put together an esports team in order to increase recruitment numbers. Since then the military is getting more and more involved in the esports world. Many branches have their own esports teams, and they are now moving into sponsorship. The partnership between the Call of Duty League and the U.S Army is the second big gaming partnership announced recently. Just a few weeks ago, the U.S. Navy partnered up with DreamHack and ESL to have a presence at their events.

Since the launch of the revamped Modern Warfare last year, Call of Duty has been going from strength to strength. By December it had already become the top-selling game in the U.S. In addition, it is the most played Call of Duty Game of this generation. The Call of Duty League has been a resounding success. And things will get even better with the arrival of the new free-to-play battle royale mode entitled Warzone. Twitter and the U.S Army have chosen the perfect time to get involved with one of the biggest games in the world.

The U.S. Army has been making quite a name for themselves in the world of esports. Lately, expanding upon groups of diversity within their promotional material. Primarily super star shots of women of color helping to support their homeland.

USAE empowers women in Esports and the @USArmy.