5 Games Like Overwatch To Play While Waiting For Overwatch 2 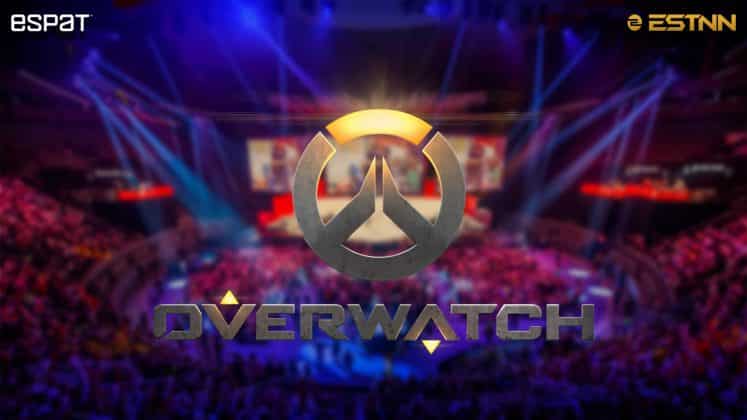 We take a look at video games to play while waiting for the much-anticipated Overwatch 2!

As Blizzard are still keeping any mention of an Overwatch 2 release date firmly under wraps, it’s fair to say we’ve got quite a while to wait. And if, like me, you’re an Overwatch veteran who is growing weary of the skin-deep updates which have lacked any meaningful new content for well over a year, chances are you may be looking for an alternative.

Let’s run down 5 games like Overwatch which will keep your passion for the hero-shooter genre alive while we wait for the release of Overwatch 2.

For the Hardcore: Valorant

If you took the best parts of Counter-Strike and Overwatch and made a cross-breed, chances are you’d get Riot Games’ Valorant.

The game currently features fifteen characters, each with unique abilities and tantalising synergies—something which will feel incredibly familiar to Overwatch fans.

You can take control of these heroes across a handful of game modes brought together in two key categories of Plant/Defuse (think counterstrike) and Deathmatch.

If you’re getting into Valorant for the first time, consider heading over to ElDorado.gg to get a ready for ranked Valorant account, so that you won’t have to bother with playing casual game modes for any longer.

For the Casual: Paladins

Much like Overwatch, Paladins feels far warmer and more welcoming than Valorant with its cartoony style, lovable characters and less punishing gameplay all appealing to more casual audiences.

Jam-packed with a whopping 36 champions on release, Paladins lumps its heroes into four major classes: front-line, support, damage and flank—each giving players the chance to do exactly what the names would suggest.

However, unlike Overwatch, Paladins gives players much more customisation over their chosen heroes through the use of a unique card system. By altering this loadout, players can essentially pick and choose how they want to play the game. Love a support hero but want to do damage, no problem.

Taking this across a wide variety of vibrant maps, and Paladins has everything Overwatch players love.

Better still, Paladins is totally free to play, so there’s no reason not to jump into the fun.

For the Nostalgic: Team Fortress 2

Valve’s Team Fortress 2 is one of those legendary games of the late 2000s which every gamer of the era is familiar with.

From its incredible whit to its punishing difficulty and whacky custom lobbies, Team Fortress 2 is iconic for far too many reasons to list.

Essentially the Overwatch before Overwatch, Team Fortress 2 pits red team against blue team on a variety of maps each requiring different objectives. Payloads, capture points, king of the hill, double-payloads and more are all on the cards here.

But, for most, the best part of Team Fortress 2 are its legendary characters, each overflowing with unbelievable character thanks to some creative voice acting and awesome character design.

Since the popularisation of Steam, Team Fortress 2 has also been totally free to play—meaning today is the day to open it up, whether that be for the first time in a decade, or your first time ever.

Over the past 5 years we have all witnessed the Battle Royale genre explode from a niche, hardcore affair into one of the most widely played genres out there.

While Apex Legends may not be the archetypal Battle Royale, it certainly adds a lot of changes which will appeal to Overwatch fans.

Apex Legends takes the usual Battle Royale formula, dropping players onto a huge map with an ever-diminishing area to fight within, but adds in one key feature: classes. Each class, of course, has its own abilities, playstyle and personality, allowing players to pick and choose their favourite class to fight their way towards that infamously difficult victory royale.

Paired with Apex Legends’ stoic use of squads, teaming you up with two other players, the game also retains the necessary teamwork found in Overwatch, meaning players will find it incredibly easy to apply their skills across the two titles and even earn money while doing so, by boosting up newer Apex Legends players.

Bringing the hero shooter into VR, Larcenauts more-or-less provides an Overwatch experience where you can make use of your hands (and body) to battle your way to victory.

It shares an incredibly amount of DNA with overwatch—it’s a 6v6 hero shooter where teams of heroes equipped with abilities go head-to-head in a variety of game modes. And through this you’ll find yourself applying a lot of skills learnt from Overwatch: team co-ordination, synergy and crazy plays.

For those not familiar with multiplayer games in VR, Larcenauts may take a little getting used to. But thanks to its unassuming aesthetic, varied gameplay and team-based approach, it’s certainly not the hardest VR shooter out there.

That said, it’s worth having your “VR legs” before jumping into Larcenauts as it certainly is on the intense end of the scale.

While Overwatch 2 may be a while off, we thankfully have a whole host of games to keep us occupied in the meantime.