Valorant patch 5.0 Pearl, provides a fresh start and the first map pool change in the history of the tactical FPS.

Valorant’s new patch brings few, but important changes to Riot Games’ popular shooter. A new map and a new rank are being added, but we have to say goodbye to one of the fan-favorite fields in Valorant.

Pearl, the new map of Valorant, is getting added to Unrated pools. Riot also added a Pearl-only queue, so players can practice the new underwater playing field before it’s getting added to the Competitive map pool, which will happen 2 weeks after release.

With the addition of Pearl, it’s time for Valorant’s first map pool rotation. The first map that leaves both Unrated and Competitive queues is Split, which provided viewers and players with many teleporter shenanigans. Riot wants to keep 7 maps in the pool at all times, in order to let players master them all – and also provide beginners a chance to learn them all without being overwhelmed. The developers also believe that 7 maps are the sweet spot for variety. As to why Split is the map to be removed, they looked at factors such as time since release, past and future updates and strategic variance, and ultimately decided on Split. The map won’t leave forever, though, Riot has ensured everyone that we can use the teleporters once more. And in the meantime, we can play Split in Custom Games. 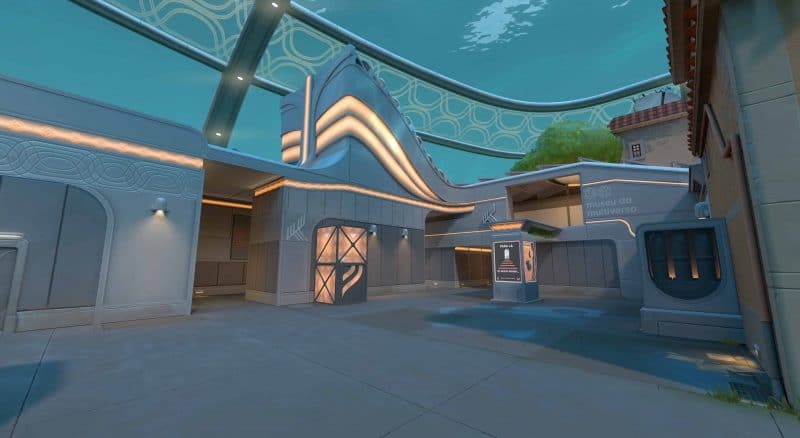 With the new map comes a new rank to Competitive called Ascendant. Ascendant will be the rank between Diamond and Immortal, similar to Master in Riot’s other hit title, League of Legends. Ascendant should help with rank distribution and means that lower rank players will have an easier time getting higher on the ladder.

Beyond these changes, Riot has fixed a number of bugs, such as Jett being able to equip a weapon during Tailwind, Sova’s Recon Bolt and Fade’s Haunt appearing in incorrect locations, and fixed Tour De Force’s scope’s visual effect disappearing.

So go ahead and practice on Pearl, which will soon be a staple in casual, competitive and even pro play!