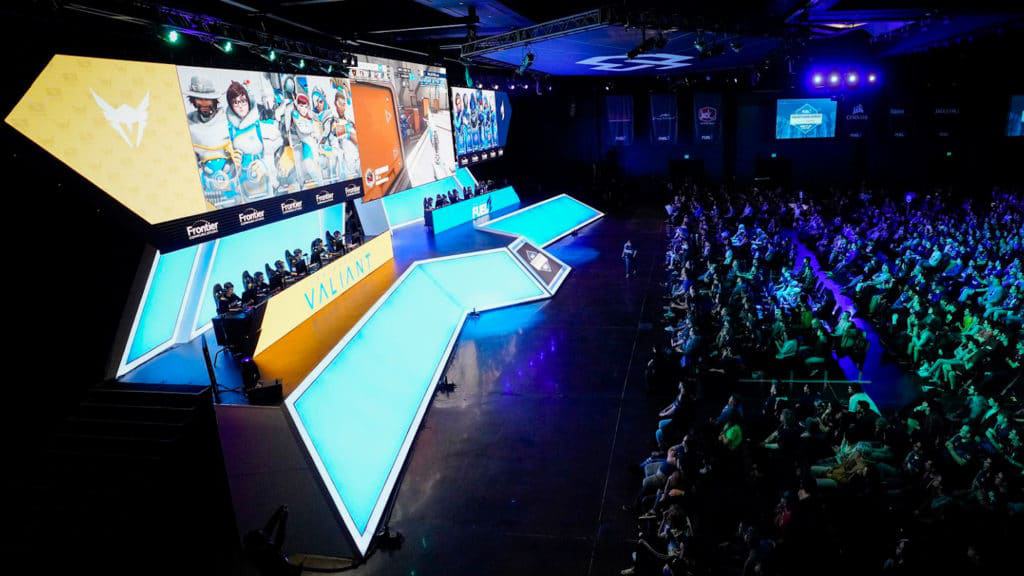 We breakdown all the action from the first week of the OWL.

The Overwatch League is finally here! This new season brings its share of changes with the introduction of homestand games and hero bans. To help you catch up with League, ESTNN sums up the most important news of the weekend and update its power rankings with the latest results.

New York Excelsior played at home this weekend, with the public cheering for them. They faced London Spitfire for their first match, and even though they won, it wasn’t as easy as expected. London put on quite a fight, even winning Lijiang Tower 2-0 against the homestand favorite. New York finally won 3-1 in front of their public. 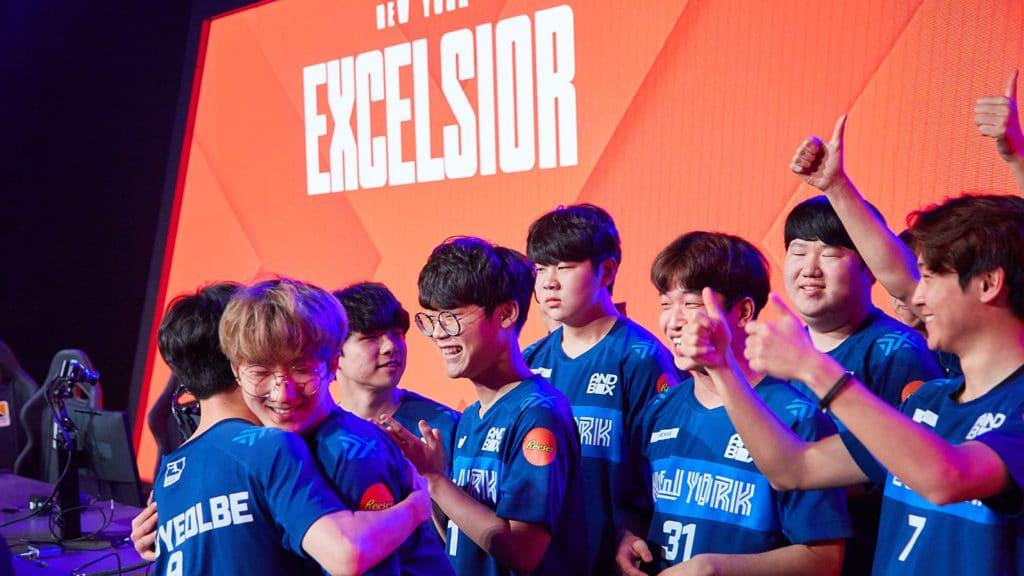 The second match was easier for the Excelsior. They faced their historical enemies, Boston Uprising. While the public booed Boston players, they still tried their best to defeat New York. But Jong-ryeol “Saebyeolbe” Park on Tracer and Seung-jun “WhoRU” Lee on Genji left the team no chance, and NYXL took the win with 3 maps to 0.

The first weekend was a rough one for Dallas Fuel. Despite hosting this weekend games, Dallas struggled against Los Angeles Valiant and San Francisco Shock, ending with a 0-2 record. This is a blow to the team, who hoped that playing at home for the first games would give them an edge in the competition. 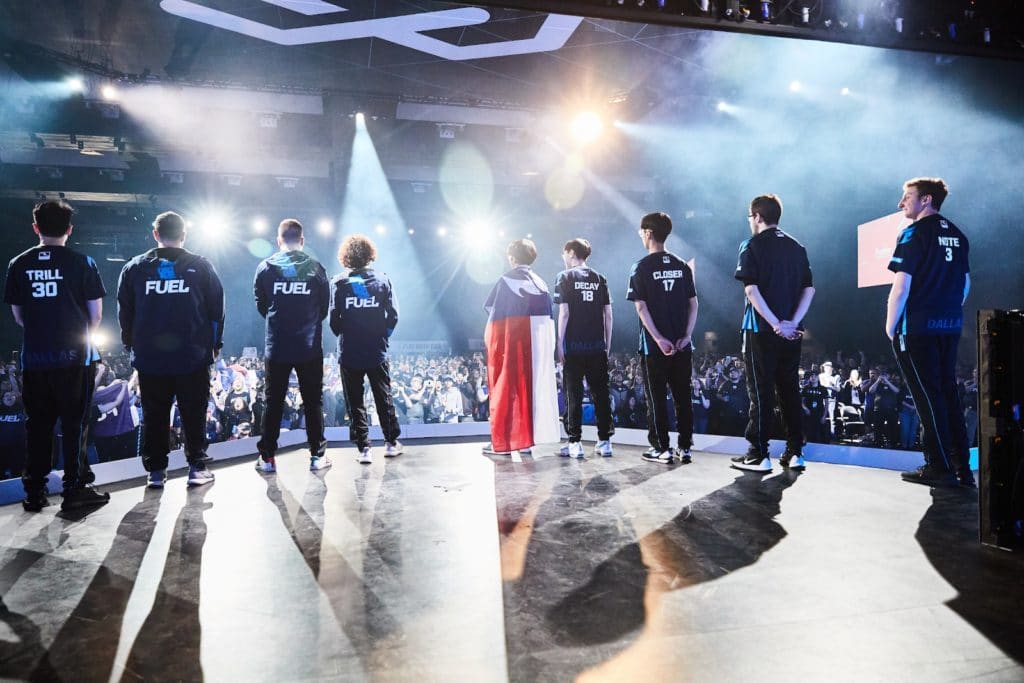 William “Crimzo” Hernandez made his first steps on the main stage, as Benjamin “uNKOE“ Chevasson was ill. Despite a rough beginning in the first game against Los Angeles Valiant, Crimzo did seem more comfortable in the second game against San Francisco Shock. While there is still room for improvement, he seems able to handle pressure and fit well in the team.

Dallas Fuel is in a complicated position, as the team is in the same division as the 2019 Grand Finals Champions and Runners Up. Several games were also canceled due to the coronavirus, without any information about how it will go on with the Chinese homestands.

During the opening weekend, Toronto Defiant played against Paris Eternal. Despite losing the first map to the French team, Toronto quickly reacted and win the match 3-1. Lane "Surefour" Roberts and Brady "Agilities" Girardi secured the victory with key picks, while Adam “Beast” Denton found his place on the team as a main tank.

The team did have some issues when Paris Eternal brought an unconventional lineup on Lijiang Tower. This lack of flexibility can be fixed with some training and efforts from the coaching staff. The individual skills within Toronto Defiant are here, they just need some backup for strategies to climb the ladder even higher.

Paris Eternal opened up the season with a match against Toronto Defiant. They won the first map, but lost the match 3-1. For their second match, Paris Eternal faced their historical enemy, London Spitfire. Against most predictions, Paris won the game flawlessly, scoring the first 3-0 of the season.

Two young players from Paris Eternal made a name for themselves this weekend: Gihyo “Xzi” Jung and Brice “FDGod” Monscavior. Xzi wiped entire teams with his McCree. Another notable performance comes from Nicolas "NiCOgdh" Moret, who saved a sleeping Benjamin "BenBest" Dieulafait from Se-won "BERNAR" Shin’s D.Va bomb with an ice block.

Paris Eternal put on a good performance, even though their star rookie DPS Yeong-han "Sp9rk1e" Kim is still underage. They still have work to do to outperform the best teams in the League, but the coaching staff seems to be working on it.

For their first game, London Spitfire faced New York Excelsior, in their opponents’ home town. Despite having the crowd cheer for New York, London looked solid, well-coordinated, and even won the first map. However, this didn’t seem to be enough, as the team lost 3-2 on Kings Row, 2-1 on Horizon and 3-0 Junkertown.

The expectations around the London Spitfire 2020 roster were low, but the players did seem promising. Their performance as a team was decent, they are already playing as a team despite being all fairly new recruits. On an individual skill level, most showed they had what it takes to play on the big League, but they lack the experience to perform well under pressure. Overall, London Spitfire could perform better than expected with a little more experience. 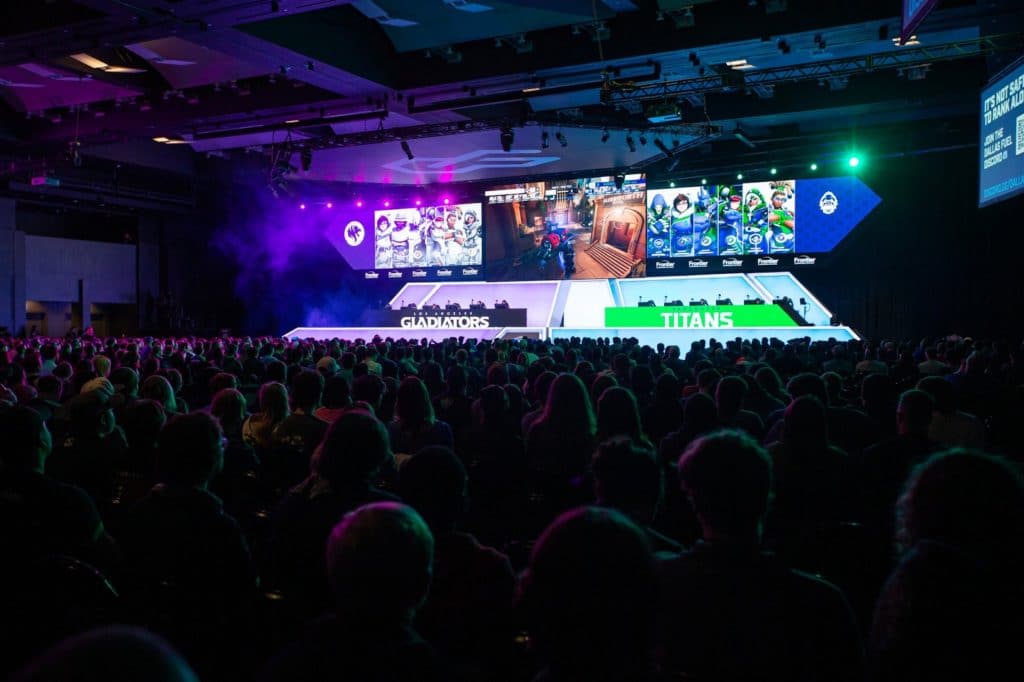 The team managed to clutch and win several team fights, with Roni "LhCloudy" Tiihonen shattering the enemy team. Indy "SPACE" Halpern also shined this weekend, canceling several ultimates and placing deadly D.Va bombs. While Los Angeles has many talented players, they still lack consistency and stability. Hopefully, they will work on that before their next game.

Los Angeles Valiant is one of the most surprising teams of this first weekend of Overwatch League. Led by two aggressive tanks, Rick "GiG" Salazar and Caleb "McGravy" McGarvey, the Valiant won 3-1 against Dallas Fuel on the opening day, and struggled more against the stable Vancouver Titans, losing 0-3. 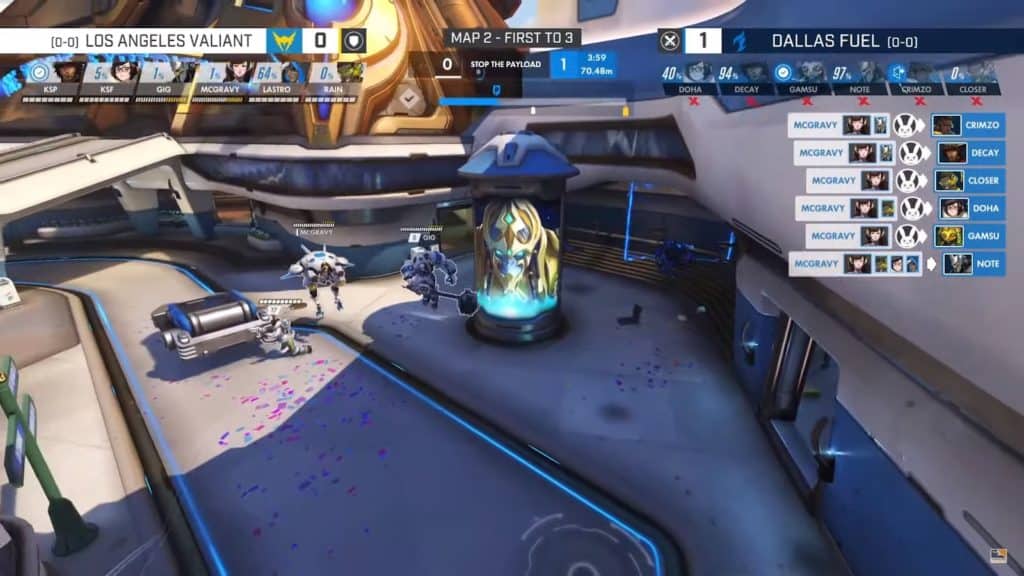 The DPS duo of Kyle "KSF" Frandanisa and Kai "KSP" Collins work well. On the support line, Jung-won "Lastro" Mun and Jae-ho "RaiN" Park find their rhythm. Despite good individual performances ⁠— and some of the most impressive highlights of the opening weekend, Los Angeles Valiant need to be prepared for teams with a solid defense who could hold their aggressive playstyle.

Even if Boston Uprising pulled out a convincing dive composition, they then switched to a double shield composition which didn’t work out. New York took the edge, and won the game 3-0.

Overall, Boston Uprising brought mix results. The individual performances weren’t that bad, but the team composition and cohesion weren’t there. It is up to the coaching staff to put the team back in the right shape.

The 2019 Grand Finals Champions begin the season against Dallas Fuel, during Dallas homestand. While the crowd was not cheering for San Francisco, the Shock beat Dallas Fuel 3-1 after a hard-fought battle. The games were closer than expected, and San Francisco had to count on Nam-jo “Striker” Kwon to secure clutch plays.

Don't turn your back to @STRIKER_OW! He takes our first @NETGEARgaming High Speed Play of the Week! pic.twitter.com/RVKyH9CQJY

With only two supports on their lineup, fans and analysts wondered who would fill in the role if either Grant "moth" Espe or Minki "Viol2t" Park could not play. San Francisco Shock answered this question on their very first game, as Min-ho “Architect” Park stepped in and picked Ana. While San Francisco Shock didn’t crush Dallas Fuel, they are still one of the most fearsome team in the Overwatch League. Their flexibility is an asset for this season, as hero bans will shatter all meta.

The Titans begin the season with two victories, against Los Angeles Gladiators and Los Angeles Valiant. Both games were quite close, with Vancouver winning respectively 3-2 and 3-0 - this last score doesn’t quite representing the fight that went on stage.

One player especially popped out for Vancouver Titans: Hyojong "Haksal" Kim. His Genji plays turned matches upside down, helped by a brilliant Jehong "ryujehong" Ryu. Haksal even secured a 5K against Los Angeles Gladiators on Hanamura.

The Gladiators' plans were hacked apart by none other than @RunawayHaksal2 with the blades! ⚔️ #ForceOfNature #OWL2020 pic.twitter.com/kfkSBJ2FOC

Vancouver Titans holds many promising players, with undoubted talents. They need to improve their synergy as a team to exploit this potential fully, and could climb up the League if they manage to act as one.