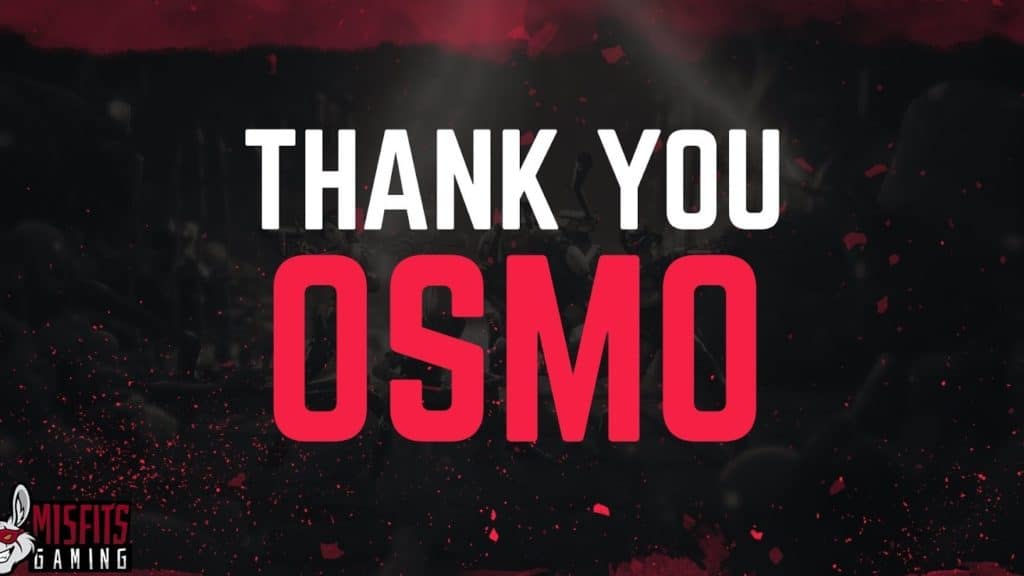 A popular esports organization has released three European Fortnite players from their roster.

These three former Misfits members were part of the same Fortnite Champion Series squad along with Dino "Khuna" Smriko of Luminosity Gaming. This decision by the Misfits organization comes just days after the conclusion of the DreamHack Winter 2019 Fortnite Open. Of the three players, only Osmo took part in the tournament and finished in 53rd place overall. Although Misfits Gaming did not release a formal statement or explanation for the roster cuts, the tweets came out in succession of one another.

Many thanks, @osmofn, for what you’ve done for Misfits since joining this past August. Like Ares and Kylix, we wish you the best of luck as you keep succeeding in your career. pic.twitter.com/V6MQfwKQSQ

It's too soon to tell exactly why Misfits decided to cut these European players. Osmo, Swift and Salah formed a cohesive unit back in July of 2019 when the Season X Fortnite Champion Series debuted. The organization signed all three players soon after in August, and they ultimately fell just short of Grand Finals with an 18th place finish in heat two. Shortly after that, Osmo, Swift and Salah participated in the Chapter 2 Season 1 Fortnite Champion Series. The release of these three professional Fortnite players comes just four games before the FNCS Finals.

This is an all time low in my career, I came into this scene hungry to perform and slowly I saw that flame dwindle out. Today is a change, I am one of the best mechanical players in the world. I will make my dreams a reality, I will not let this break me

Salah specifically took exception to the release and voiced his displeasure on Twitter. He indicated that his passion for competing in Fortnite, stating this will refuel his fire to be one of the best in the world.

Osmo followed a similar path as Salah, stating that the decision by his former organization will motivate him going forward. We will keep an eye on Osmo's detailed statement in regards to his release from Misfits Gaming when it surfaces.

Due to unforeseen circumstances myself, @AresFNBR & @osmofn will be parting ways with @MisfitsGG. Thank you for the opportunity and best of luck.

Swift offered more generic reactions to the news of their release, stating that their time with Misfits Gaming had come to an end.

Osmo, Swift and Salah's collective response gives the impression that this decision was not a mutual parting of ways. Seeing as the trio signed with the organization just four months ago, it's difficult to surmise precisely Misfits' decision to release three of their players. Nonetheless, Osmo, Swift and Salah are without an organization heading into the final squad tournament of the Fortnite Champion Series.

We have reached out to Misfits Gaming for a comment, but have yet to receive a response.

Please consider nominating ESTNN for the Esports Coverage Website of the Year at the Esports Awards: https://www.esportsawards.com/nominate/